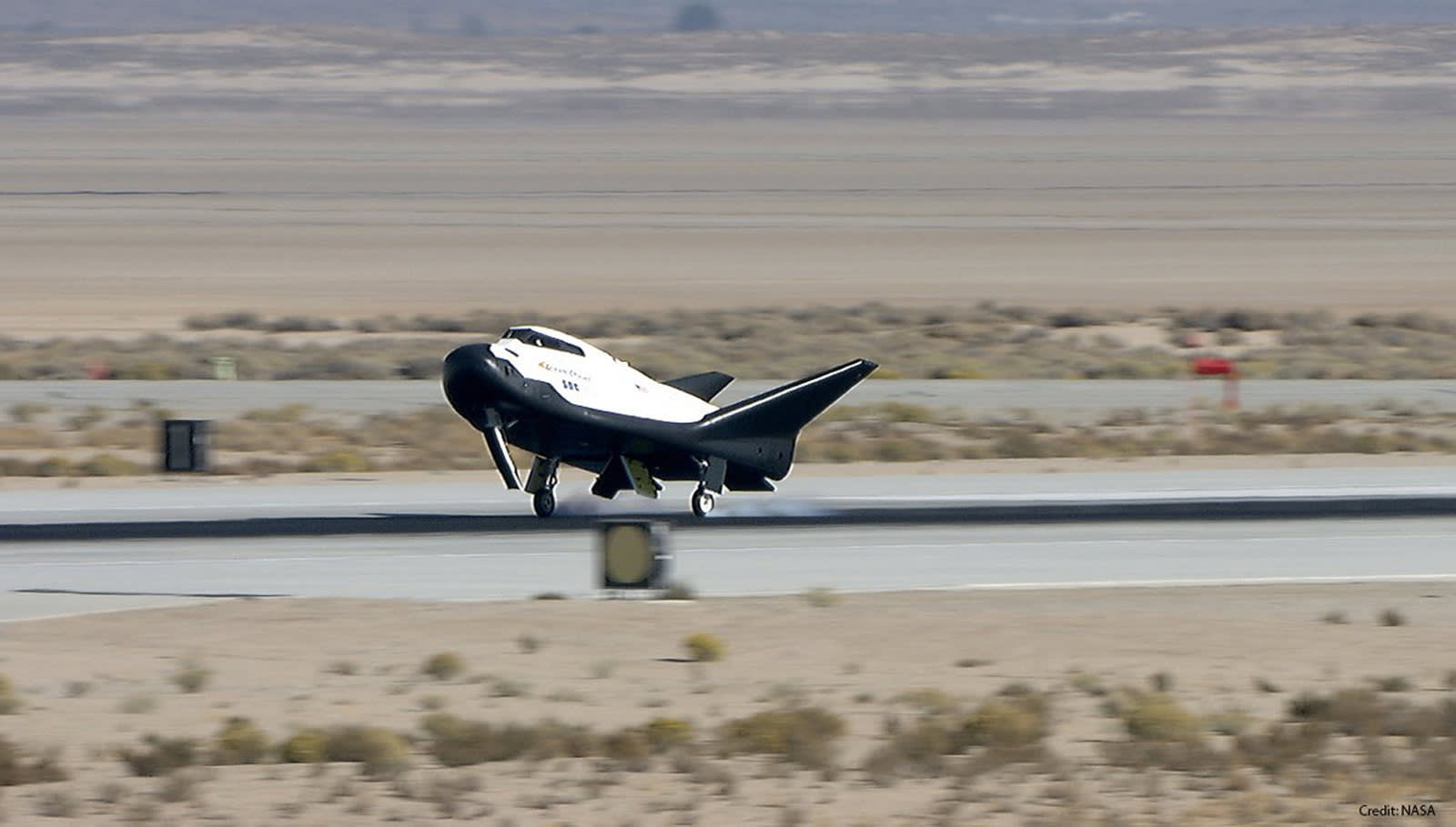 If Sierra Nevada is going to fulfill supply missions for the International Space Station and the UN, it'll have to prove that its Dream Chaser spacecraft is ready to fly... and it just took a big step in that direction. The company has revealed that Dream Chaser completed a glide test flight on November 11th, launching from a helicopter and landing at California's Edwards Air Force Base. Notably, it's this vehicle's first flight in 4 years, and its first successful landing demonstration -- when this ship last flew in 2013, stuck landing gear forced a rough touchdown.

Dream Chaser was carrying the same space-grade avionics that it'll use for ISS missions, Sierra Nevada said. More information about the flight should follow on November 13th.

The successful flight isn't as dramatic as a full-fledged mission launching atop a rocket (those aren't expected to start until 2019), but it's a crucial milestone all the same. It proves that, on a basic level, Dream Chaser can live up to its role as a reusable cargo ship. And while it won't be the only vehicle that can return safely to Earth, it'll be particularly important for science. Unlike a capsule that might land in a remote area, Dream Chaser can quickly return experiments to waiting researchers.

SNC is proud to announce the Dream Chaser® spacecraft had a successful free-flight test today @EdwardsAFB, with support of @NASAArmstrong. The Dream Chaser had a beautiful flight and landing! pic.twitter.com/lAn0n7FPsg

Via: Spaceflight Now
Source: Sierra Nevada (Twitter)
In this article: dreamchaser, gear, sierranevada, space, spacecraft, spaceship, spacetaxi, TestFlight
All products recommended by Engadget are selected by our editorial team, independent of our parent company. Some of our stories include affiliate links. If you buy something through one of these links, we may earn an affiliate commission.