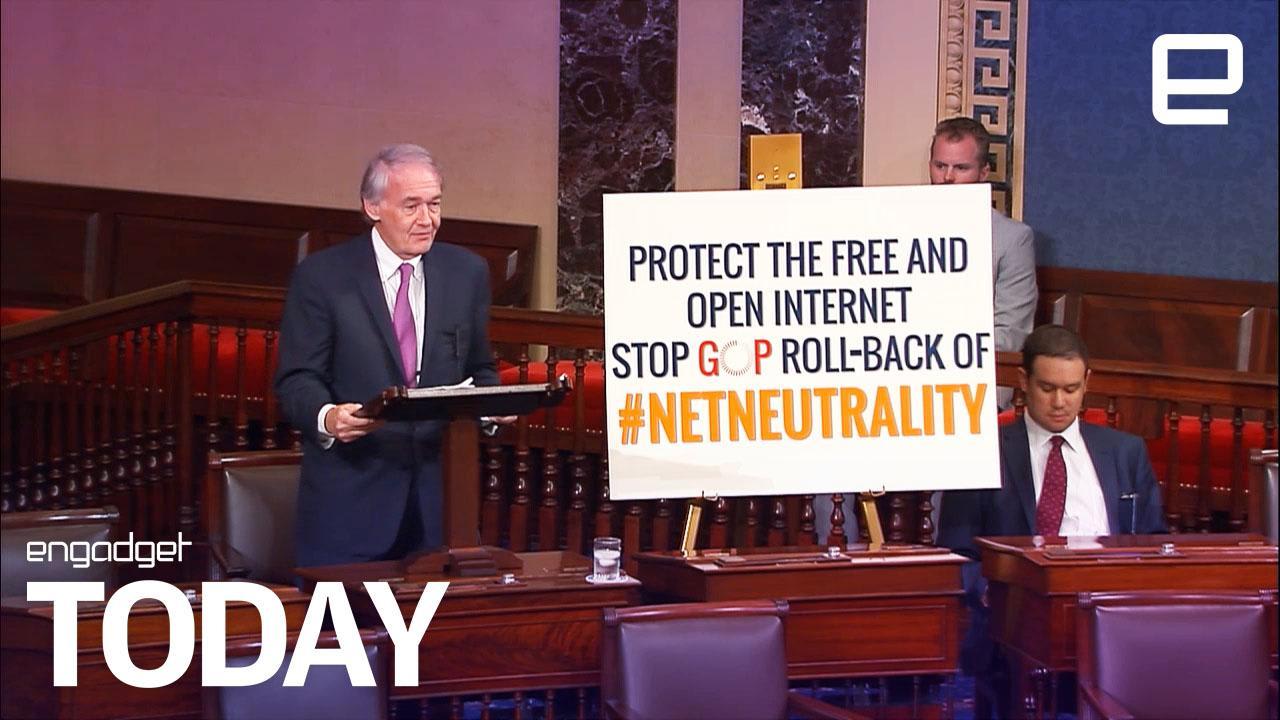 As expected, tomorrow, the FCC will release its plan to undo the net neutrality protections put in place during the Obama administration. Despite plenty of opposition, the FCC and Chairman Ajit Pai will go forward with the proposal, which will be voted on by the commission on December 14th. In a statement released today, Pai said, "Today, I have shared with my colleagues a draft order that would abandon this failed approach and return to the longstanding consensus that served consumers well for decades. Under my proposal, the federal government will stop micromanaging the internet."

The ACLU has already released a statement opposing the FCC and Chairman Pai's plan and ACLU senior policy analyst Jay Stanley said, "Internet rights are civil rights. Gutting net neutrality will have a devastating effect on free speech online. Without it, gateway corporations like Comcast, Verizon and AT&T will have too much power to mess with the free flow of information."

Senator Brian Schatz also shared his thoughts on the plan saying, "If adopted, the FCC's plan will change the way every American gets information, watches movies, listens to music, conducts business and talks to their families. By repealing basic net neutrality protections, the FCC is handing over full control of the internet to providers, leaving the American people with fewer choices and less access."

In addition to his announcement, Pai also penned an op-ed in the Wall Street Journal. The plan includes reversing the rule that currently treats broadband as a utility, removes protections that keep ISPs from blocking or slowing service and will shift some oversight power over to the FTC. The proposal, which will be up for public view tomorrow, is largely expected to pass with the vote splitting along party lines.

Source: FCC
In this article: ACLU, ajitpai, aoloriginals, att, comcast, dailyshow, Engadget, EngadgetToday, engadgetvideo, entertainment, FCC, ftc, gear, internet, internetcosts, isp, KerryDavis, NetNeutrality, politics, services, verizon, video
All products recommended by Engadget are selected by our editorial team, independent of our parent company. Some of our stories include affiliate links. If you buy something through one of these links, we may earn an affiliate commission.