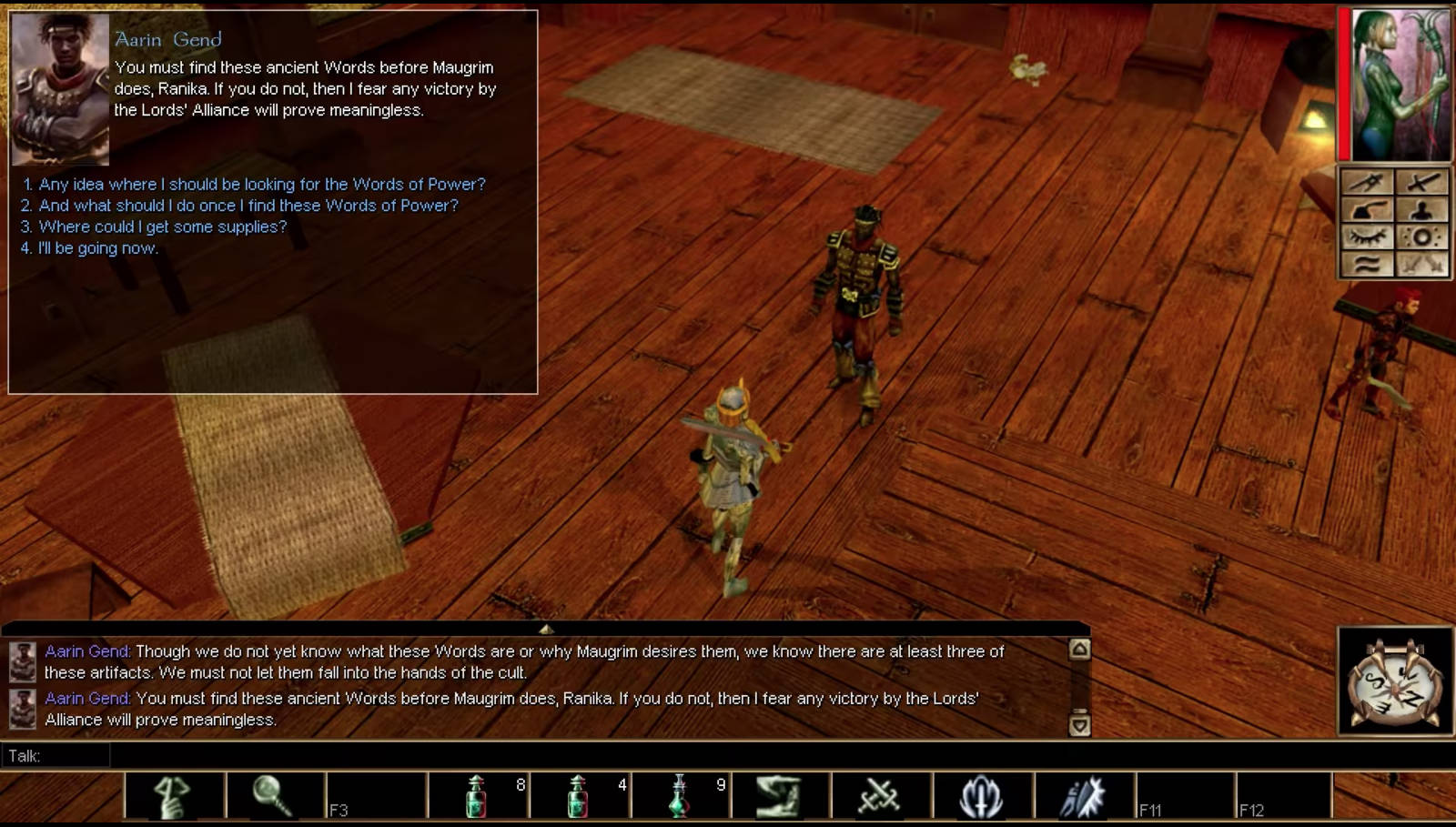 BioWare's Dungeons & Dragons-based RPG Neverwinter Nights (NWN) is getting an enhanced edition for PC. The revamped game from Beamdog -- a studio that cut its teeth on remasters of PC classics, such as Baldur's Gate and Planescape: Torment -- will be up for pre-order tomorrow for 20 bucks.

As with the publisher's past upgrades, NWN packs a graphics bump, including UI and menu scaling up to 4K. But, as you can see in the trailer above, the enhancements don't exactly make for a comprehensive overhaul. You'll also be able to access saved games, modules, and mods from the original, so you can pick up where you left off, and catch up on what you missed. Plus, Beamdog is throwing in the Pirates of the Sword Coast, Infinite Dungeons, and Wyvern Crown of Cormyr modules, and two soundtracks.

The bugbear's out of the bag! Join us at noon PST Nov. 21 on #Twitch (https://t.co/MTxjfuCw5K) as we introduce #Neverwinter Nights: Enhanced Edition to the world. #NWNEE pic.twitter.com/FKph5I9mgE

The cheap and cheerful price should be enough to lure nostalgic gamers looking for another Dungeons & Dragons fix. You can tune into Beamdog's Twitch livestream tomorrow at 12pm PST to presumably find out the release date, and more.

Source: Beamdog (Twitter)
Coverage: Game Informer
In this article: beamdog, gaming, neverwinter, neverwinternightsenhancededition, PcGaming, personal computing, personalcomputing
All products recommended by Engadget are selected by our editorial team, independent of our parent company. Some of our stories include affiliate links. If you buy something through one of these links, we may earn an affiliate commission.