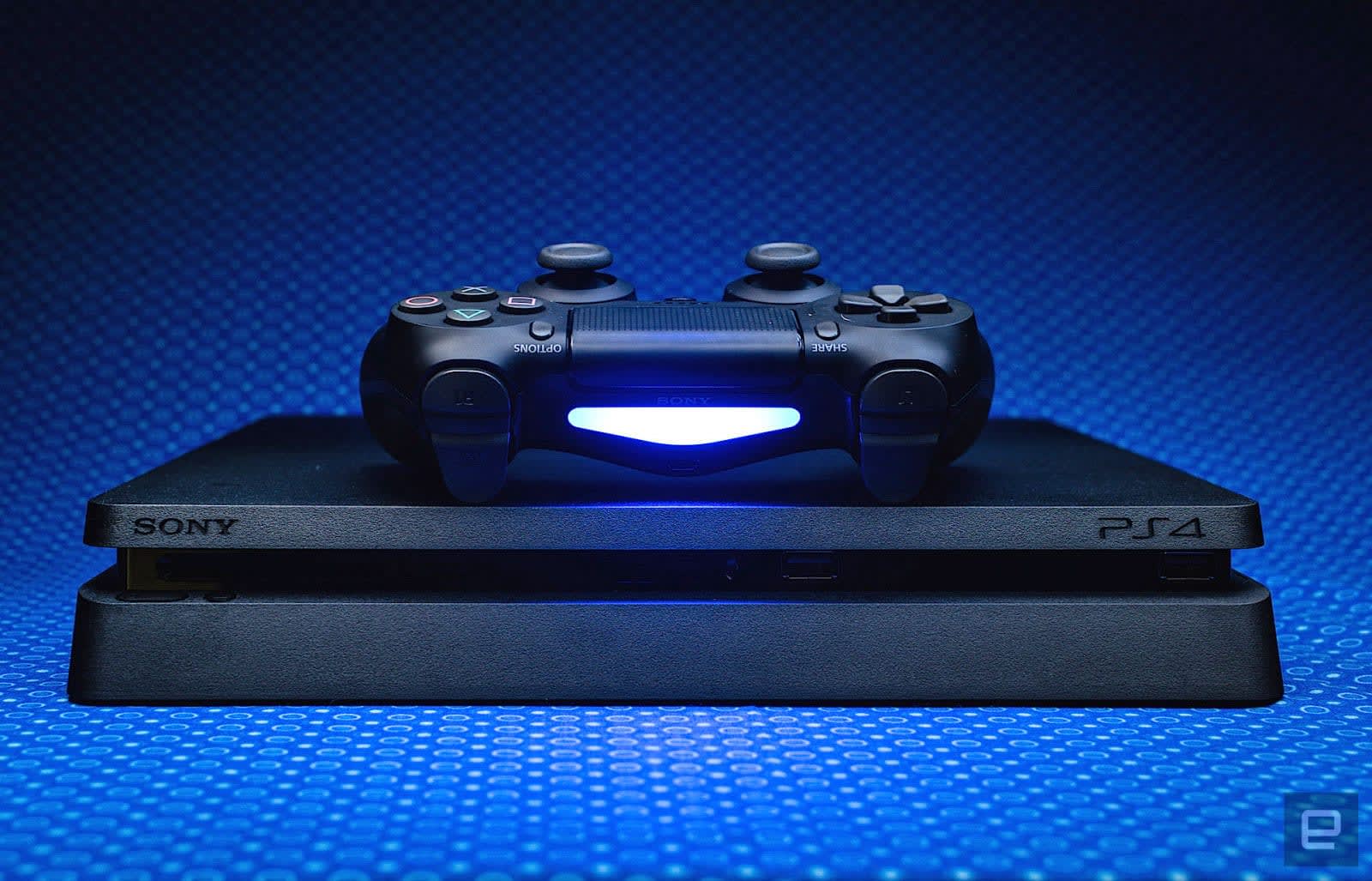 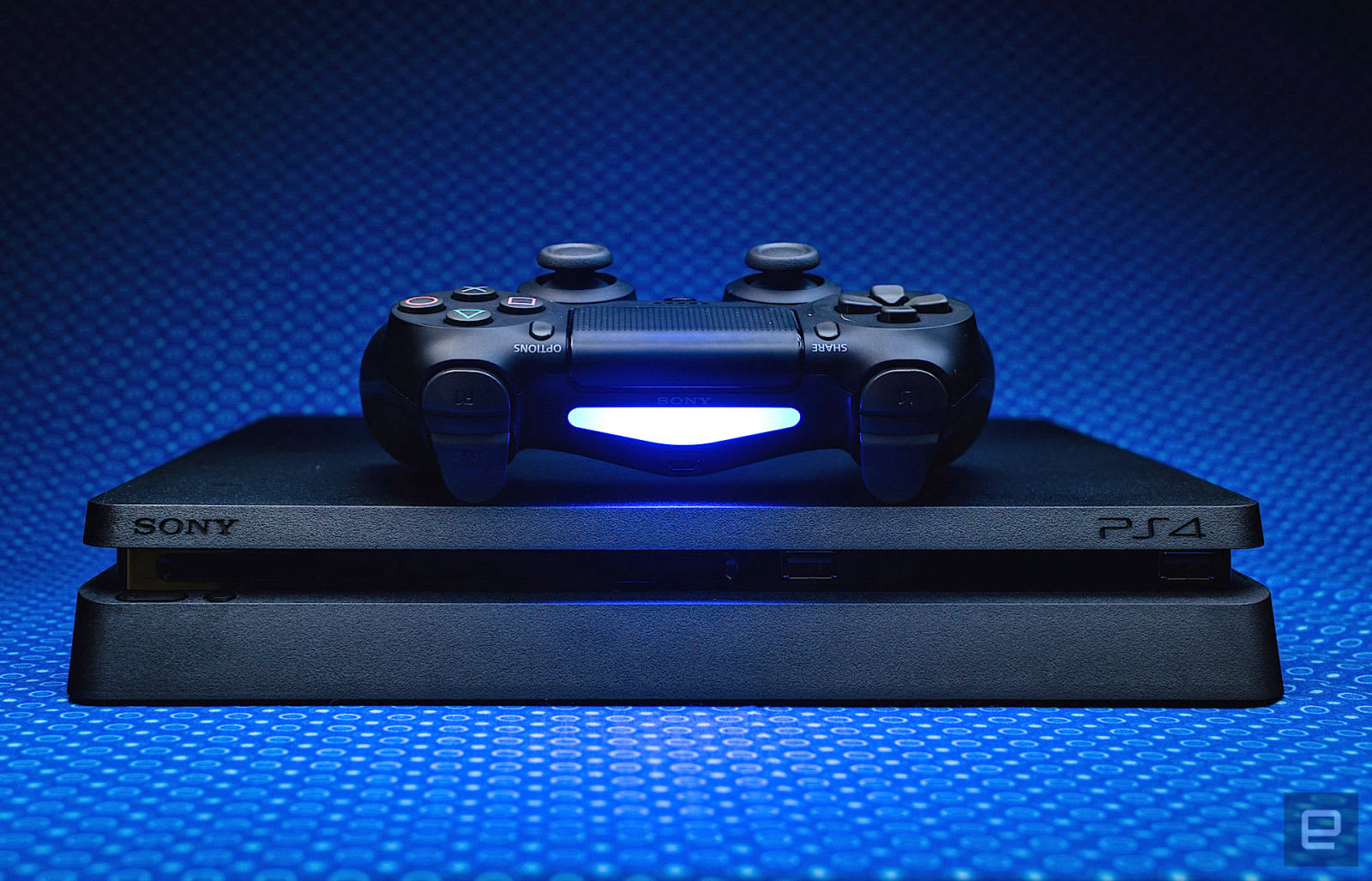 There's a big reason why the PlayStation 4 is the best-selling console: It has a smattering of games that you can't play anywhere else. Think: blockbusters like Uncharted 4: A Thief's End, Horizon: Zero Dawn and Bloodborne. But even if Indiana Jones simulators and massive open worlds where you hunt down robo-dinosaurs aren't your thing, there are still plenty of exclusives to pick from. Whether it's the best baseball video game franchise, a choose-your-own-adventure horror or an engrossing social simulator/JRPG hybrid, there's a lot to play on Sony's latest console. And then there are games from massive third-party publishers like Activision and Ubisoft, along with quirky indie offerings to round out the selection.

It was with the PlayStation 3 that Sony started making a name for itself as the home for thoughtful, quirky, sometimes weird indie games. This directive naturally carried over to the console's successor. In the PS4's early years, a steady stream of free (with a PlayStation Plus subscription) indies like Resogun and Outlast helped keep the system afloat while everyone waited for sequels to Uncharted or the forever-in-development The Last Guardian. While Sony isn't courting indie studios quite as aggressively as it once did, the PS4 is still a great way to play niche games you might've missed these past few years. 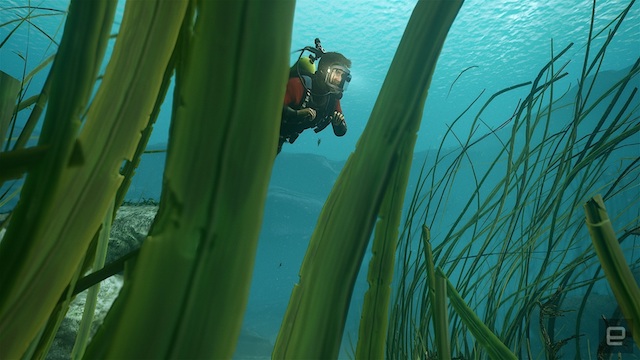 With Uncharted 4, developer Naughty Dog took everything it learned about character development and narrative delivery from its previous game, The Last of Us, and applied it to treasure hunter Nathan Drake's potentially final tale. Four adventures in, the crew's past exploits have strained or bolstered their relationships. Nate isn't quite such a wisecrack anymore, and prefers dad jokes to one-liners. His wife, Elena, would rather spend a night playing Crash Bandicoot on the couch than fend off zombies on a Nazi U-boat hidden in the jungle. If this is your first Uncharted, you might not pick up on some of the fan service, but the constantly changing set pieces, puzzles and scenery should be more than enough to pull you through to the epilogue. 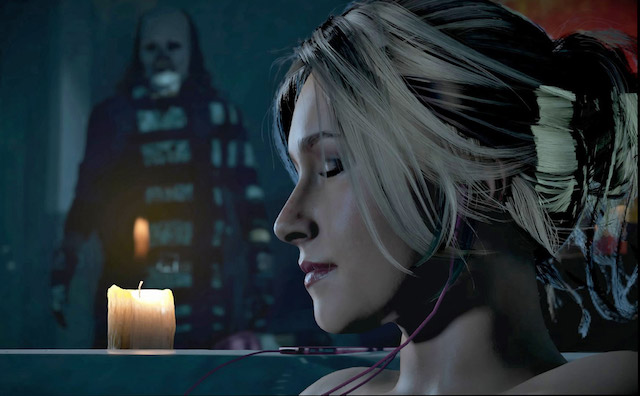 If you've ever found yourself screaming at the TV while watching stupid teens do absurd things in horror movies, Until Dawn should be the first "game" you play on PS4. Developer Supermassive Games' take on "teenagers stranded in a remote cabin while something terrorizes them" isn't a typical game, per se -- it's an interactive movie where you guide a group of the oldest teenagers you've ever seen from one shiny object to the next to advance the narrative. You'll make dialogue choices along the way, press buttons in time with prompts onscreen and, if you aren't careful, kill a handful of the teenagers by botching said button prompts in the heat of the moment. But rather than becoming a schlocky genre trope-fest, it feels genuine and earnest. Even better, it makes for a great pass-the-controller party game. 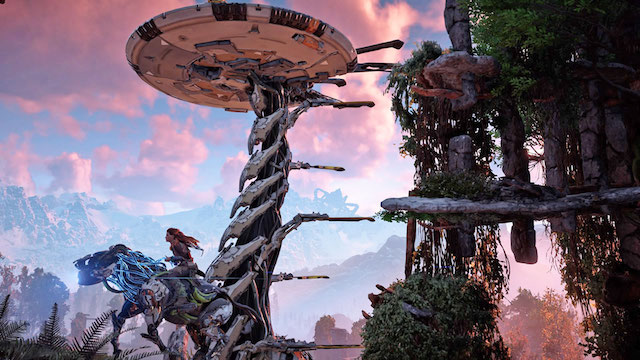 After making nothing but Killzone first-person shooters since 2004, developer Guerrilla Games knocked it out of the park with its first open-world RPG Horizon: Zero Dawn. You play as outcast and motherless Aloy as she searches for answers about her past and the world she and her tribe inhabit. It's a world where robotic, quasi-headless brachiosaurs lumber through primeval forests, and mechanical raptor-and-saber-toothed-tiger stand-ins want to make you their lunch. Horizon's ever-present sense of mystery and its massive open world will keep you busy for a long time, even after you finish the story. And if the base game isn't enough, Sony released an expansion not long ago that takes Aloy to new areas and introduces new enemies. 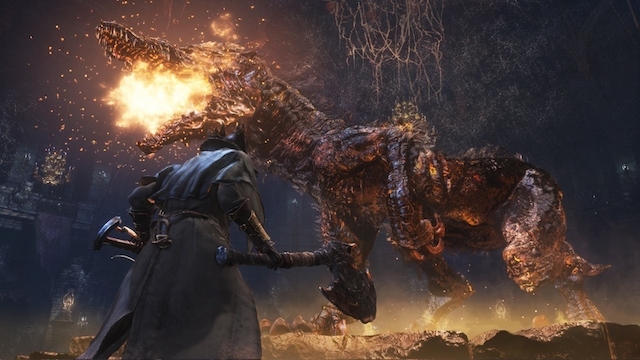 There's a good chance you'll throw a controller at the wall while you're playing Bloodborne. But if you're a fan of the Dark Souls series, that probably won't surprise you. Bloodborne has the same developer (Fromsoftware), but, rather than a setting with dragons and golems, here you're exploring a vaguely steampunk Londonesque town and fighting off horrific beasts like werewolves, witches and infected boars. One or two false moves in the course of battle with these beasts will do you in, and there's a strong emphasis on learning their attack patterns. The result, when you finally dispatch an enemy, be it your first or your 45th, is a sense of accomplishment few other games can match. But yeah, prepare to die a lot along the way. 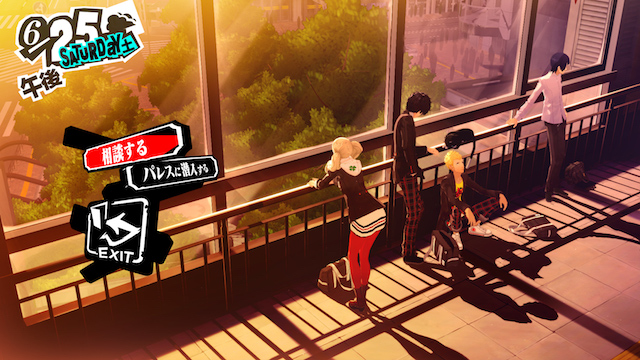 JRPG Persona 5 feels like a vacation disguised as a video game. It's equal parts social simulator and dungeon crawler, and for our money, it's one of the best re-creations of Tokyo in all of gaming. Neighborhoods are bustling with karaoke bars, arcades and bathhouses, all begging to be explored. And then there's the social element of just hanging out and talking with your friends, or dating. But this all ties back into the game's dungeon crawling; the relationships you form offer benefits when you're fighting enemies in the game's alternate universe. For example, there's an apothecary that will revive you after your party is defeated in a battle so you don't have to reload the last checkpoint. It's all brilliantly conceived and executed, addressing tough themes like sexual assault and youth suicide with the gravity they deserve. If all of this isn't enough to sell you, maybe the game's jazzy and wildly inventive soundtrack will. 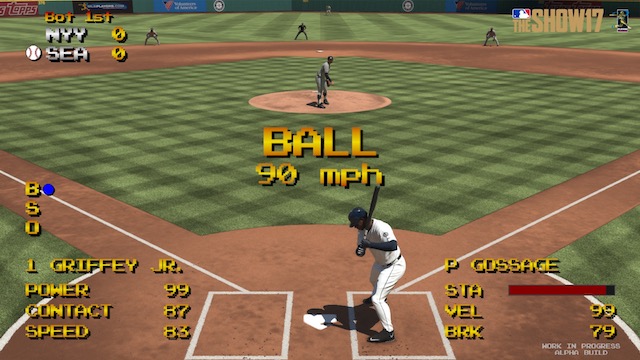 Sony's MLB: The Show series has long been a benchmark of what PlayStation hardware can do. No other baseball game faithfully reproduces a TV-style broadcast the way The Show does, and it's convincing enough that you might be able to trick a few friends into thinking you're watching a game on ESPN, versus actually controlling the action on the diamond; the graphics and presentation are that good. Better than that, there's "Road to the Show" mode. It's a career mode that has you guiding your custom player from the minor leagues all the way up to the World Series, playing one position only when there's action happening for them. Meaning you can burn through a three-game series in less time than it'd take to play nine innings in a different baseball game. 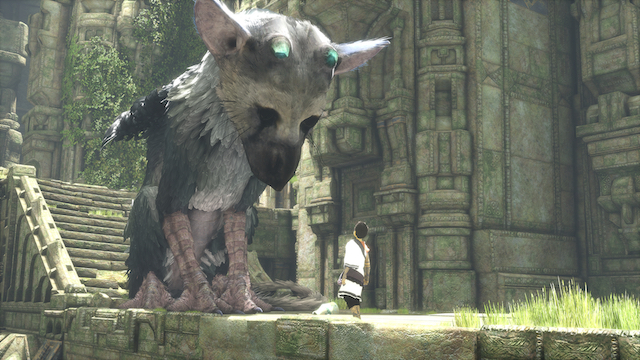 For almost a decade, it seemed as if we'd never actually get to play The Last Guardian. It was announced back in 2009, and then director Fumito Ueda and his Team Ico spent years toiling away in the shadows on this thoughtful adventure game. In 2016, we finally got to see and play the beautiful, melancholy tale of a boy and his friendship with an overgrown cat/griffin/bird creature named Trico. While the game bears the scars of its protracted development time -- the camera and controls feel like relics of the PlayStation 3 -- the result is a gorgeous experience that would feel out of place on just about any other gaming platform. It's hardly perfect, but you can't help but feel the love and hard work that went into the game at nearly every turn.

The Witcher III: The Wild Hunt 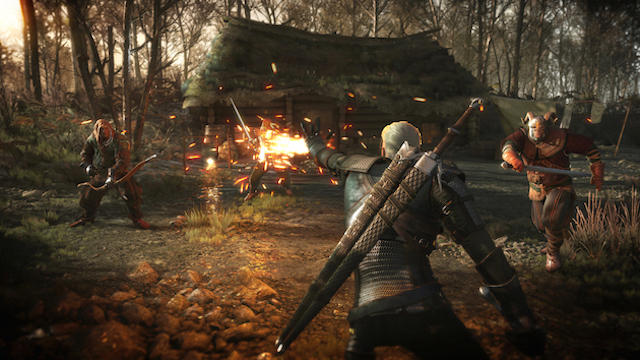 Assuming you either already picked up this year's Horizon: Zero Dawn or just want something that's steeped in fantasy rather than sci-fi, CDProjekt Red's third Witcher should be right up your alley. As in Horizon, there's a sprawling open world, except this one is filled with monsters, magic, swordplay, bloody barons, political machinations and side quests spread across several continents. Tying it all together is Geralt of Rivia, the titular Witcher (read: monster hunter), who's equally word weary and wry. Thanks to meticulous writing and design, those side quests feel just as important as the critical path -- not just filler added to stretch out the runtime. And if you want a subtle way to track how long you've played, just look at Geralt's beard: It grows in real time along your journey. 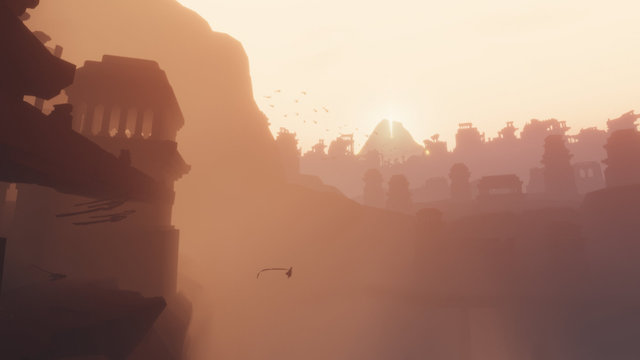 Okay, so this is technically cheating, considering that Journey made its debut on the PS3, but the game is too special to not include its PS4 remaster on the list. And really, this is the type of game that deserves to be in everyone's library. It's a quiet meditation on life and loss, told entirely through gameplay and a wordless adventure toward a mountaintop that's forever beckoning you to come closer. The game may start out with you sliding down sand dunes in an endless desert, but, without giving too much away, know that isn't all you'll see along your path toward the peak. Its clever cooperative multiplayer mode still feels as fresh as it did five years ago, too. If you're looking for a way to introduce a significant other or family member to gaming, there's no better place to start than here. 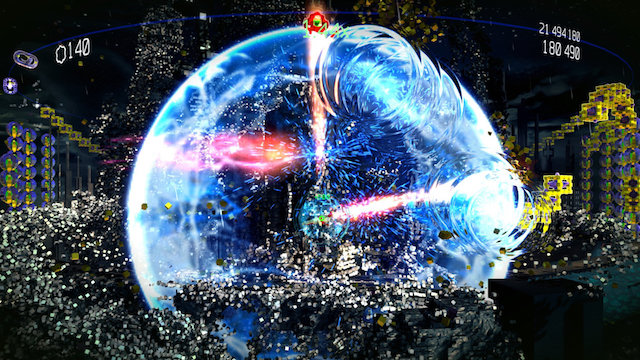 Resogun comes from Finnish developer Housemarque, and it was the highest-rated PS4 title between the system's November 2013 launch and when Bloodborne was released 16 months later. Why? Because it's the best modern take on arcade classic Defender you'll likely ever play. Instead of flat, 2D worlds, you'll guide your spaceship around a cylindrical environment blasting at aliens, rescuing humans and generally trying not to die amid screens full of bullets. You can make custom spaceships and play cooperatively, either online or locally. The beautiful voxel-based graphics still look great four years after it first came out, too. Plenty of games on this list require tens (or hundreds) of hours to play through, and don't quite lend themselves to quick sessions. You could spend that much time playing Resogun, especially if you want to master it, but it's also a perfect way to kill 20 minutes before your favorite TV show starts. 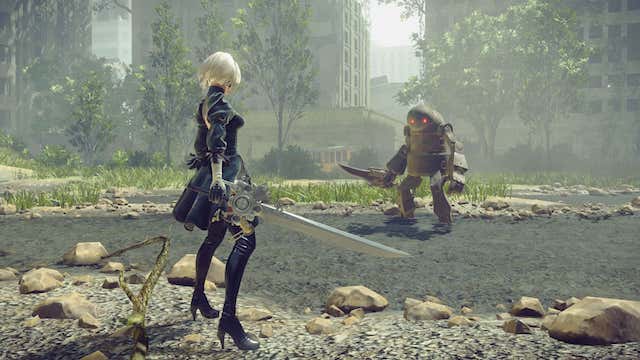 Learning to love Nier: Automata takes time. Created by the eccentric Yoko Taro, Nier starts off simple, playing out like a typical action RPG. Plowing through enemies feels great, as you'd expect from a game by the combat specialists at PlatinumGames. It might take 5, 10 or even 15 hours, but the game's truly extraordinary world will sink its teeth into you and not let go. You play as a robot, fighting on behalf of humans in a proxy war for control of a ruined earth. The trouble is, it's impossible to fully detail the story, or even explain why Nier is so special, without spoiling the game. The story loops, twists and contorts, and these shifting narrative perspectives also affect the gameplay, to the point where entirely new mechanics strong enough to carry an entire game are added 20, 30 or 40 hours in. Nier: Automata has rough edges, sure, but it's a weird, wonderful, ambitious game that's worthy of your time.

Night in the Woods 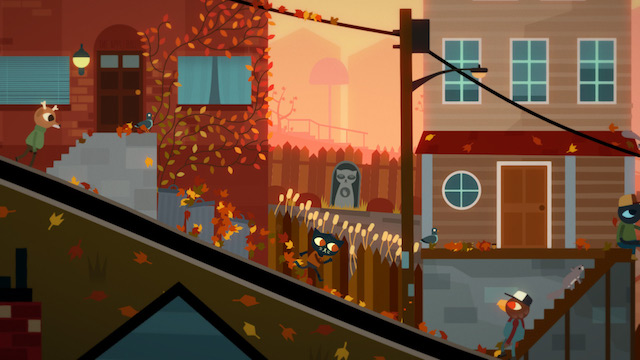 You can never go home again: People change, friendships atrophy, your old stomping grounds get paved over by faceless conglomerations. It's heady stuff for a video game to tackle, but Night in the Woods does it with aplomb. Anthropomorphic feline Mae returns to her hometown of Possum Springs, after dropping out of college her sophomore year, and discovers that nothing's the same anymore. Considering that you'll spend the bulk of your time in the game talking to friends and family, it's a good thing that the writing is so consistently strong. It's something that makes you want to actively search out new conversations; to comb the 2D world for new folks to talk to. There are a few rhythm games and platforming sections thrown in for good measure too, but, again, the main attraction isn't traditional gamey stuff. No, that'd be exploring Possum Springs' charming city streets and seeing the reactions to Mae and her friends' relentless cynicism.

In this article: atlus, av, bloodborne, finji, fromsoftware, gaming, guerrillagames, horizonzerodawn, housemarque, journey, journeyhd, mlbtheshow17, naughtydog, nierautomata, nightinthewoods, persona5, resogun, review, sony, supermassivegames, teamico, thatgamecompany, thebuyersguide, thelastguardian, thewitcher3, uncharted4, untildawn
All products recommended by Engadget are selected by our editorial team, independent of our parent company. Some of our stories include affiliate links. If you buy something through one of these links, we may earn an affiliate commission.