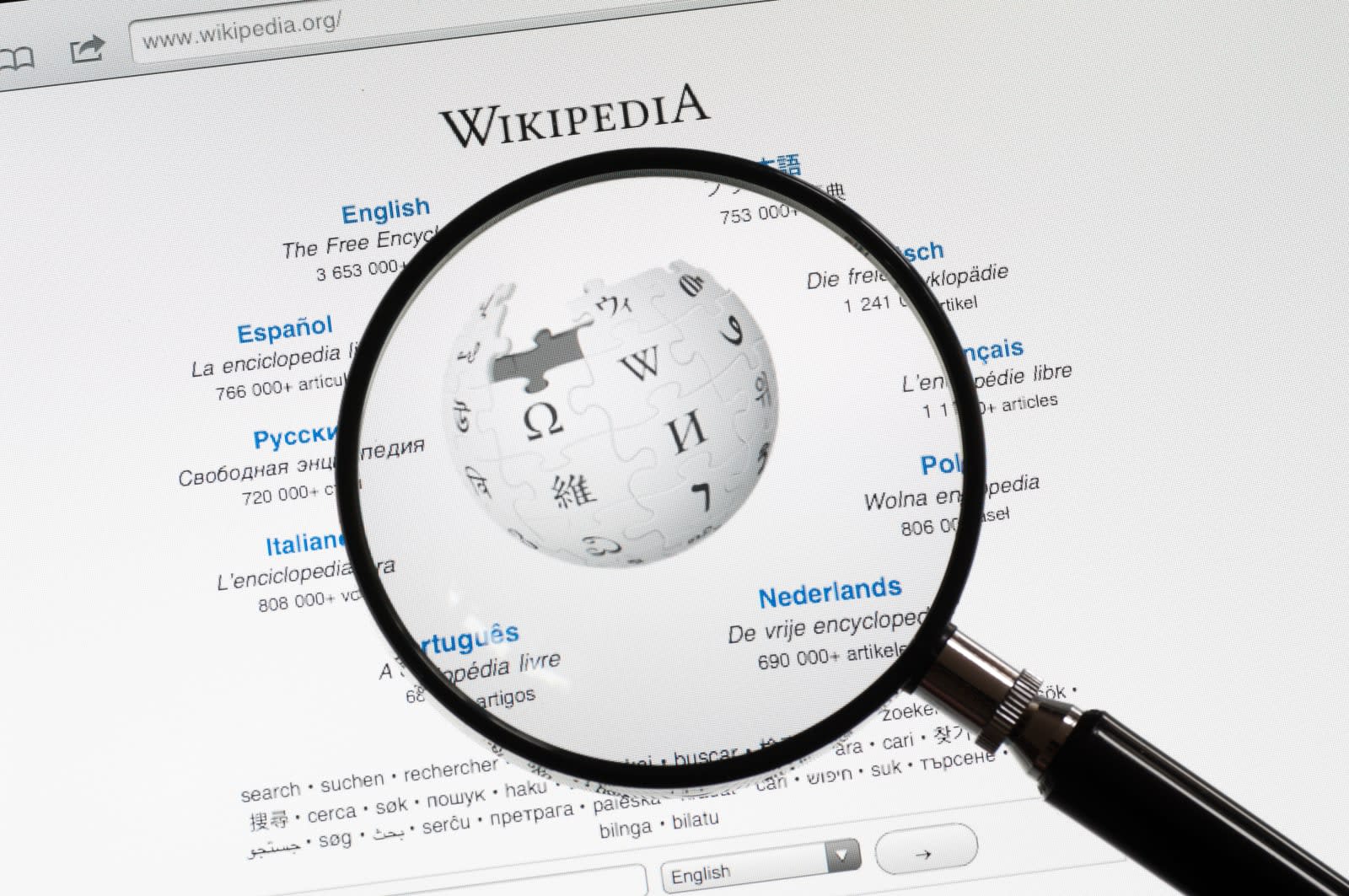 Wikipedia is a nigh-essential source of information, but it's usually so accessible in Western countries that users forget when it isn't. Take Turkey, which blocked its citizens from accessing the site in April and rejected an appeal when the Wikimedia Foundation refused to play ball with the government, part of its wider effort to silence online dissent. For citizens in similar countries that crack down on users accessing the free online encyclopedia, there's a new version those governments hopefully can't track -- which operates on the dark web, naturally.

1/ As an experiment, I've set up a Wikipedia Onion Site at: https://t.co/NhGD8w3nSU - I'll keep it running for a few days. pic.twitter.com/KMlF8k3snS

Former Facebook security engineer Alec Muffett created an experimental Wikipedia service on the dark net. It's accessible through the Tor browser, which hides users by pinballing their connection around the world. It uses its own onion service to safely encrypt all traffic while users are surfing around the online encyclopedia.

Given that Muffett launched an onion service for Facebook in 2014, and then released the open source Enterprise Onion Toolkit (EOTK) that The New York Times eventually used to build their own encrypted service, he knows what he's doing. But since the dark Wikipedia is completely unaffiliated with the Wikimedia foundation, Muffett's creation is unofficial and rough to use; It uses self-signed certificates that might not play well with Tor's security, so you'll have to manually white-list addresses, Motherboard points out.

In any case, Muffett will only keep the Wikipedia onion service online for a few days as a proof of concept and foundation for Wikipedia to hopefully pick up and continue itself.

Via: Motherboard
In this article: onionservice, security, services, tor, wikimedia, wikipedia
All products recommended by Engadget are selected by our editorial team, independent of our parent company. Some of our stories include affiliate links. If you buy something through one of these links, we may earn an affiliate commission.