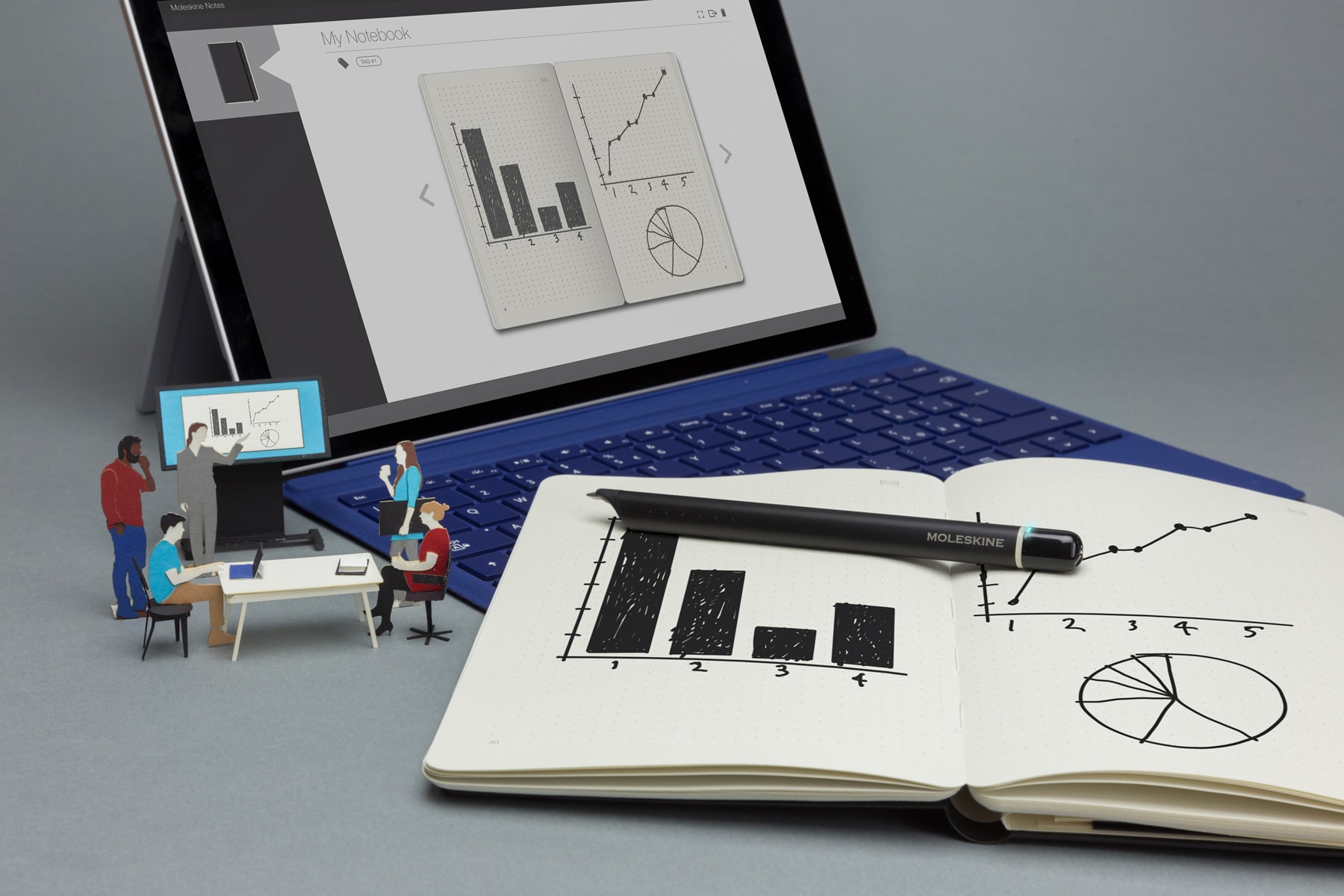 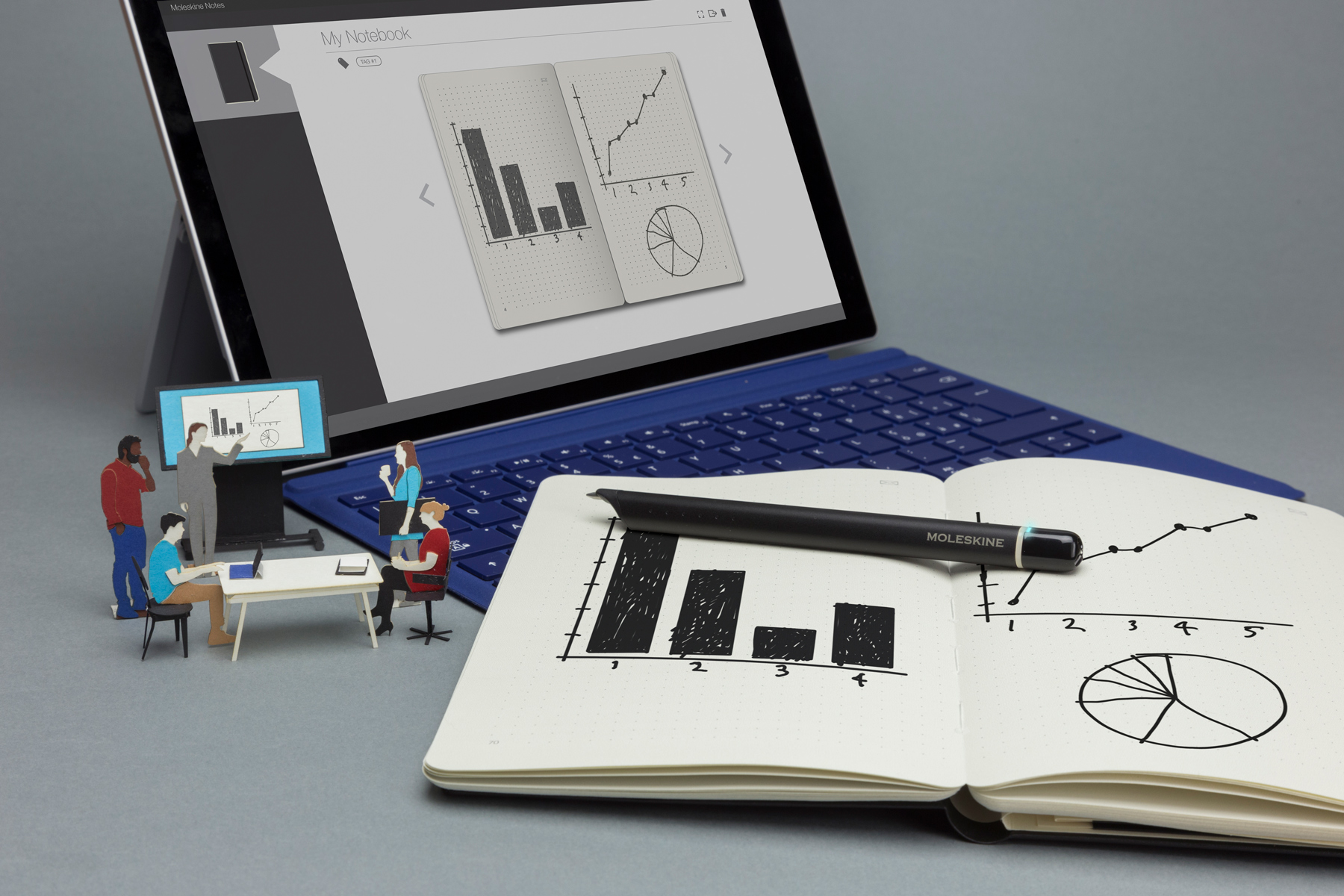 Microsoft has long sold its Surface devices on the idea that they can double as digital notebooks; laptops one minute, journals the next thanks to their detachable displays and styli. (Heck, the Surface Book has a "Clipboard" mode.) With today's Moleskine partnership, however, the company seems ready to admit that some people still prefer paper and pen. The pair have announced a Windows 10 app for Moleskine's 'Smart Writing System,' a quill (based on the Kickstarter-funded Neo smartpen) with a tiny camera that tracks your scribbles on specially marked paper. A digital version of the note is then transferred over Bluetooth for easy reference and sharing. 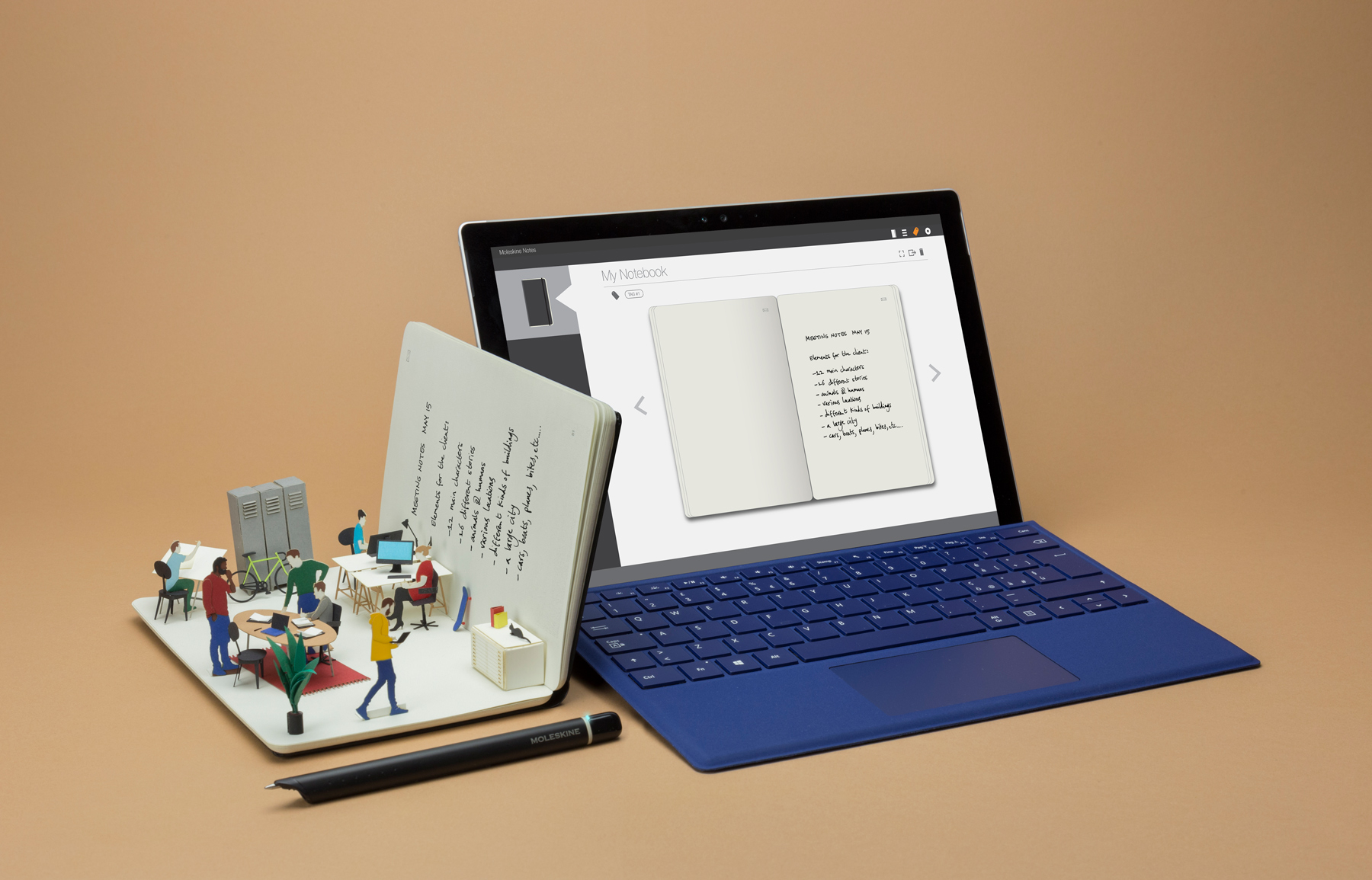 The new app is a little special, however, because it will convert your charts, ramblings and doodles into a Word document. For Office fiends, that should make it easier to actually use your notes as part of larger projects.

Moleskine's digital writing set was unveiled back in June 2016. It followed a number of co-branded Adobe, Livescribe and Evernote digitizing tools. Conceptually, it made a lot of sense for people who love paper but increasingly rely on a computer for work and collaboration. But at $200 (and an extra $30 every time you run out of paper), it was an expensive convenience. That's still the case, though the new Windows 10 app — which joins iCloud, Google Drive, Evernote and Adobe sharing through the Moleskine iOS and Android app — does increase the value somewhat. 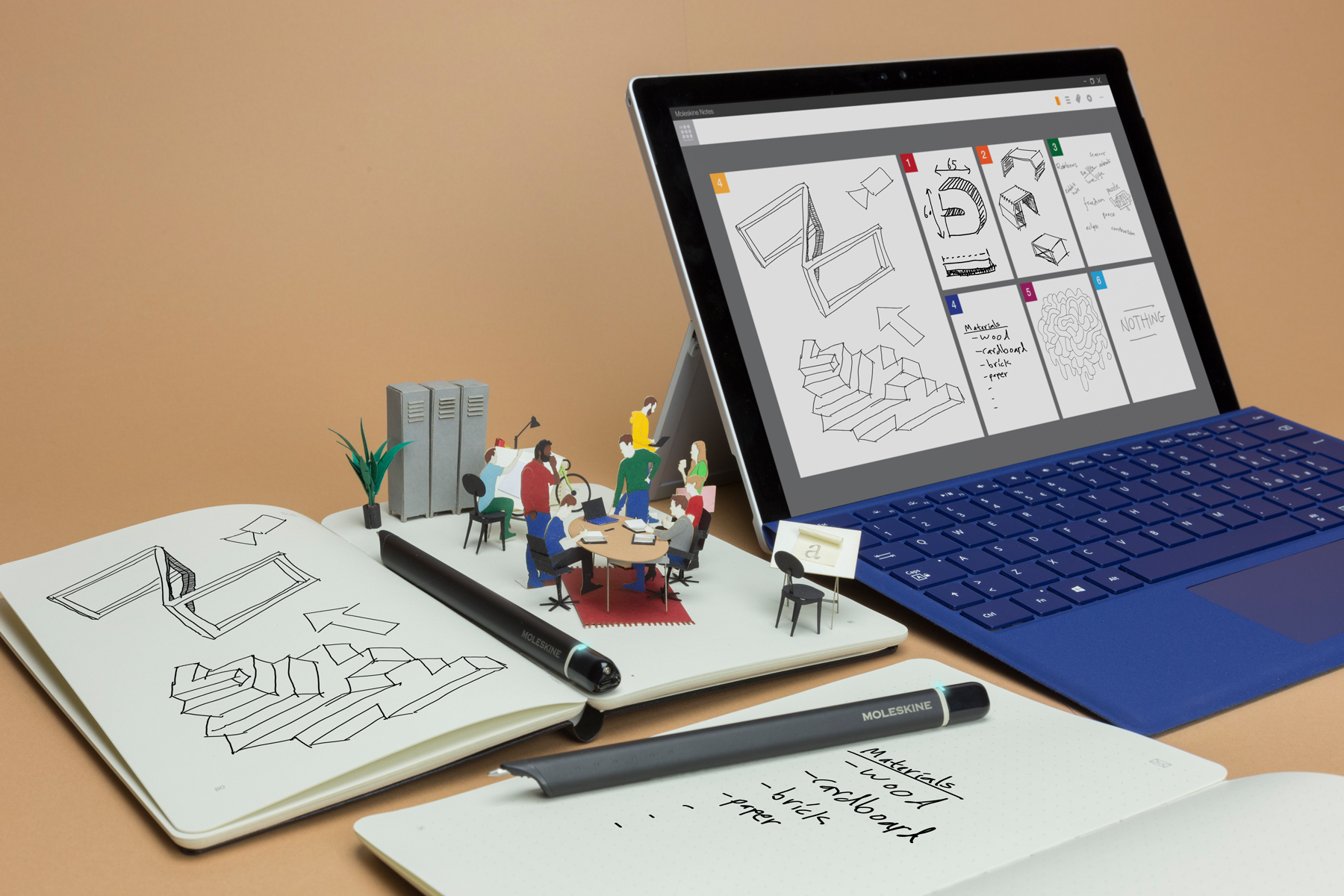 But by how much? If you have a Surface, the companion pen costs $100. You're writing on glass, but the trade-off is a never-ending supply of ink. It's also possible to digitize notes with a traditional Moleskine book, a cheap Biro and a decent camera smartphone (though the process isn't quite as seamless). The Smart Writing system does have its advantages, however — you can translate notes into 15 languages and have them appear live on a screen or TV during meetings. Moleskine is also touting 'Collaborative Ideation,' a feature that lets seven people write or draw at the same time.

Is that worth the extra cash though? We'll let you decide.

In this article: design, gadgetry, gadgets, gear, microsoft, Moleskine, notebook, notes, PaperTablet, SmartWritingSet
All products recommended by Engadget are selected by our editorial team, independent of our parent company. Some of our stories include affiliate links. If you buy something through one of these links, we may earn an affiliate commission.