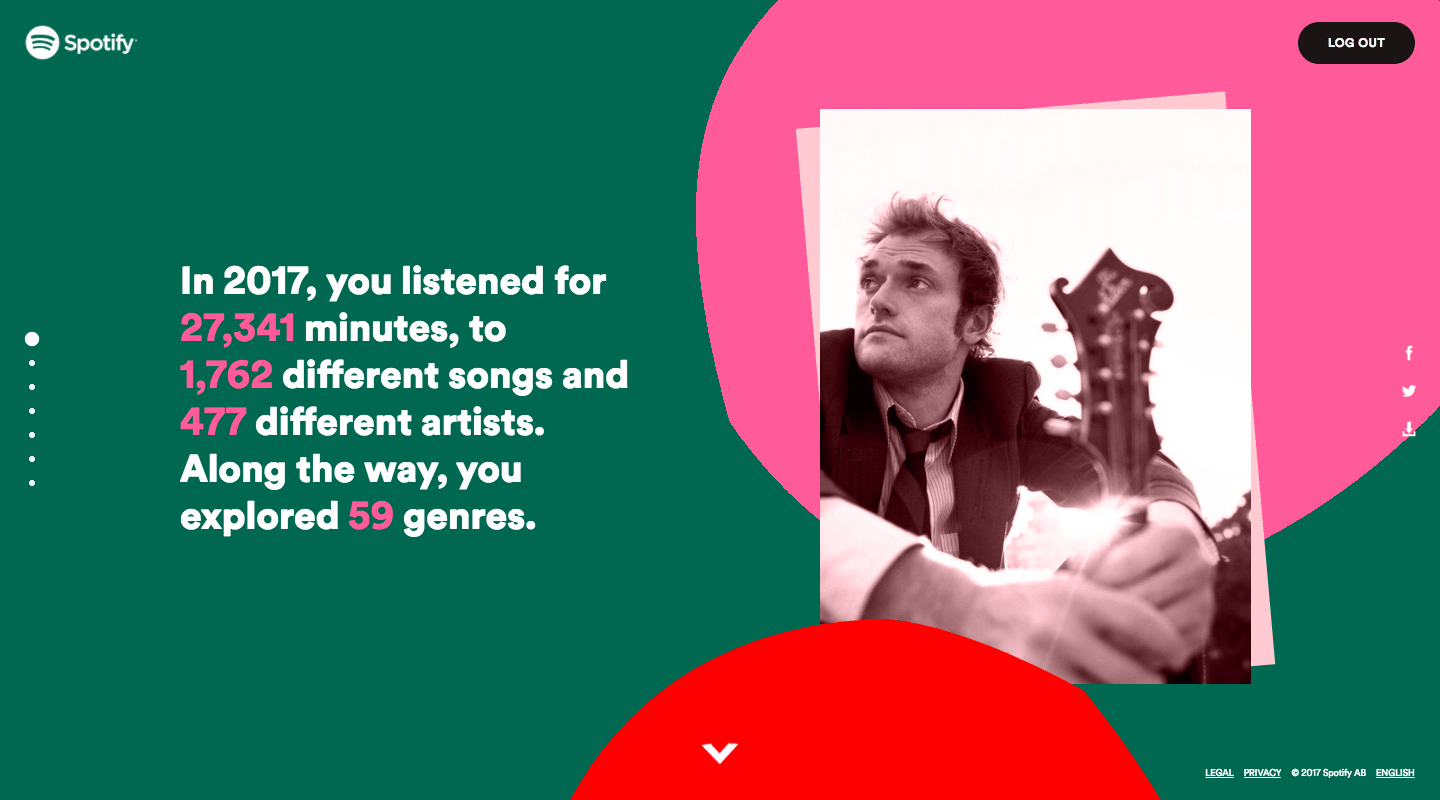 Spotify's data-driven and editorialized playlists are some of the biggest features that set it apart from its competitors. It being December means the streaming service is taking a look back at the year that was. Specifically, it's offering a look at your year in music listening. When you log in today you'll find two playlists: one for your top 100 songs from 2017 and then "the ones that got away." More than that, there's a downloadable and shareable card with stats about how many minutes of music you've listened to, your top artists, top genre and top songs. The data analysis goes even further, with a report for how many songs you've skipped, how many artists you've listened to and how many songs you've streamed.

Spotify also took a macro view of the year in music. Despite how many killer albums have come out in 2017 (Kendrick Lamar's Damn., Bishop Briggs' self-titled EP and Queens of the Stone Age's Villains chief among them), there was no stopping ginger crooner Ed Sheeran from being the most streamed artist overall. People listened to his Divide album some 3.1 billion times, with "Shape of You" racking up 1.4 billion streams across the globe. Good luck getting that chorus out of your head now that you've read this.

To keep the playlist love going, Spotify curated a handful of new ones featuring the most streamed tracks, top artists overall, top male and female artists. That's in addition to top groups and top Latin artists and songs. There's a lot of music to sift through here, so you should probably get a jump on it.

Source: Spotify, 2017 Wrapped
In this article: 2017, av, edsheeran, entertainment, internet, music, playlist, spotify, streaming
All products recommended by Engadget are selected by our editorial team, independent of our parent company. Some of our stories include affiliate links. If you buy something through one of these links, we may earn an affiliate commission.