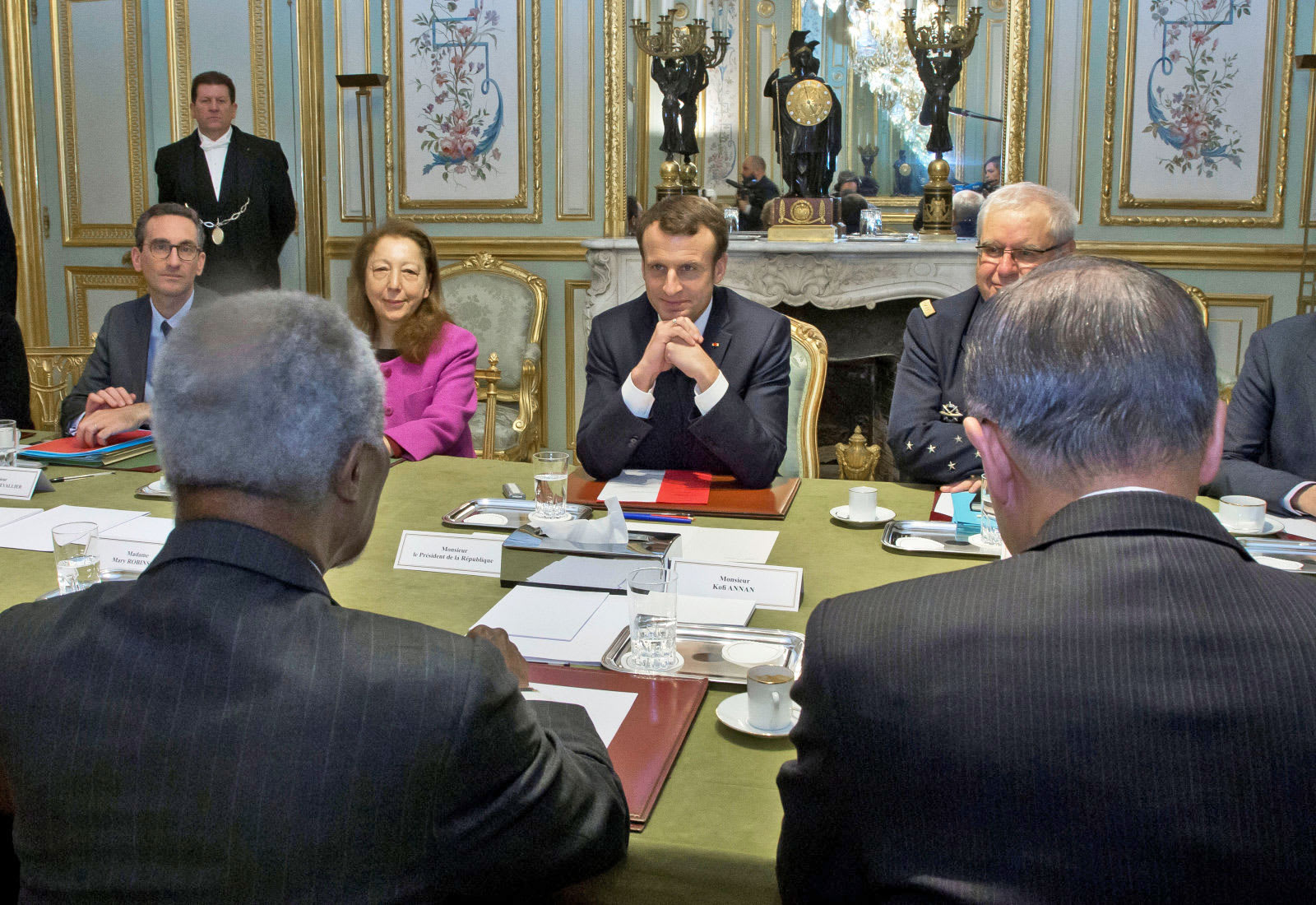 France has backed up statements that it's willing to reward America's climate researchers now that the US has backed out of the Paris global warming accord. President Emmanuel Macron handed out 13 of 18 "Make our Planet Great Again" grants worth millions of euros to US-based scientists. "You will now settle in, develop projects, enrich French, European research, because we've decided to give even bigger resources and to fully recognize what you are doing," Macron said in a speech at Paris startup hub Station F.

The grants bear a name that's an obvious joke on Trump's "make America great again" jingoism, and Macron hasn't been shy about saying that they're a direct response to the Paris pullout. "The U.S. did sign the Paris Agreement," he told CBS. "It's extremely aggressive to decide on [your] own just to leave."

Research from the first group of winning researchers will focus on clouds, hurricanes and pollution. France and German will jointly launch a new competition next year and fund around 50 projects to the tune of about €60 million (around $70 million).

Originally limited to US scientists, the competition was opened up to non-French researchers around the world, to the dismay of some French scientists. Macron has also been criticized by researchers who say the money could be better used for France's state-funded higher education system.

Despite that, the recipients were elated. France's grants "gave me such a psychological boost, to have that kind of support, to have the head of state saying I value what you do," US winner Camille Parmesan told the AP. She'll work in the Pyrenees mountains, studying how human-caused climate change influences wild animals.

Macron said that the Trump's move at first caused consternation, but ended up energizing the movement. "It's a deep wakeup call for the private sectors and some of us to say, 'Wow, so we have to react,' " he said. "If we decide not to move and not change our way to produce, to invest, to behave, we will be responsible for billions of victims."

Source: Reuters
Coverage: AP
In this article: ClimateChange, Clouds, France, gear, Grants, green, Macron, Pollution, Researchers, Scientists, video
All products recommended by Engadget are selected by our editorial team, independent of our parent company. Some of our stories include affiliate links. If you buy something through one of these links, we may earn an affiliate commission.