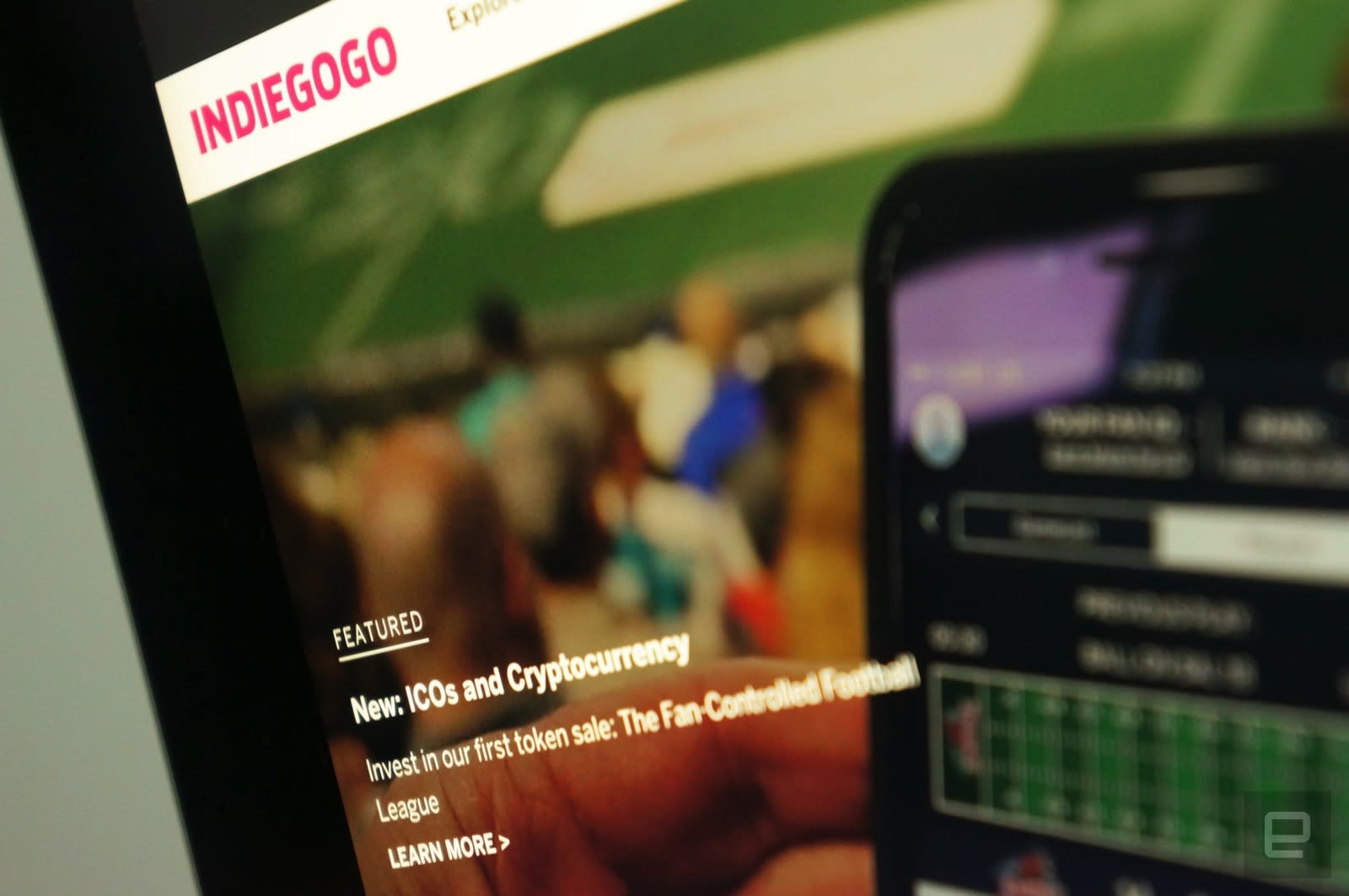 There's a frenzy over cryptocurrency at the moment (helped in no small part by bitcoin's sky-high value), and Indiegogo is determined to milk the trend for all it's worth. The crowdfunding site has partnered with MicroVentures to enable investments in the initial coin offerings (ICOs) that are all the rage as of late. If you think a new digital cash format is going to be the next big thing, you now have a potentially easier way to pour money into it -- and you don't need to be an accredited investor, which limits the scope of many ICOs. The first offering on tap is the Fan-Controlled Football League, which is running a pre-sale for $5 million tokens for 10 days after this writing.

And before you ask: while Indiegogo has a reputation for occasionally hosting crowdfunding projects that are less than honest, it's bending over backwards to show that it's above-board. Indiegogo is making sure that its ICOs honor SEC rules, and MicroVentures is a FINRA-registered broker and dealer. There are also promises that Indiegogo will curate investments to ensure you're getting trustworthy projects.

Yes, Indiegogo is clearly hoping that it'll become the go-to destination for ICOs, and it's counting on their popularity as a way to claim an edge over Kickstarter. However, this could democratize cryptocurrency investment. Instead of having to wait until after the ICO is live to get involved, you can throw your weight behind projects at their early stages. Offerings that might have struggled before could have a real chance of getting off the ground.

Source: Indiegogo
In this article: crowdfunding, cryptocurrency, currency, gear, ico, indiegogo, initialcoinoffering, internet, microventures, money
All products recommended by Engadget are selected by our editorial team, independent of our parent company. Some of our stories include affiliate links. If you buy something through one of these links, we may earn an affiliate commission.