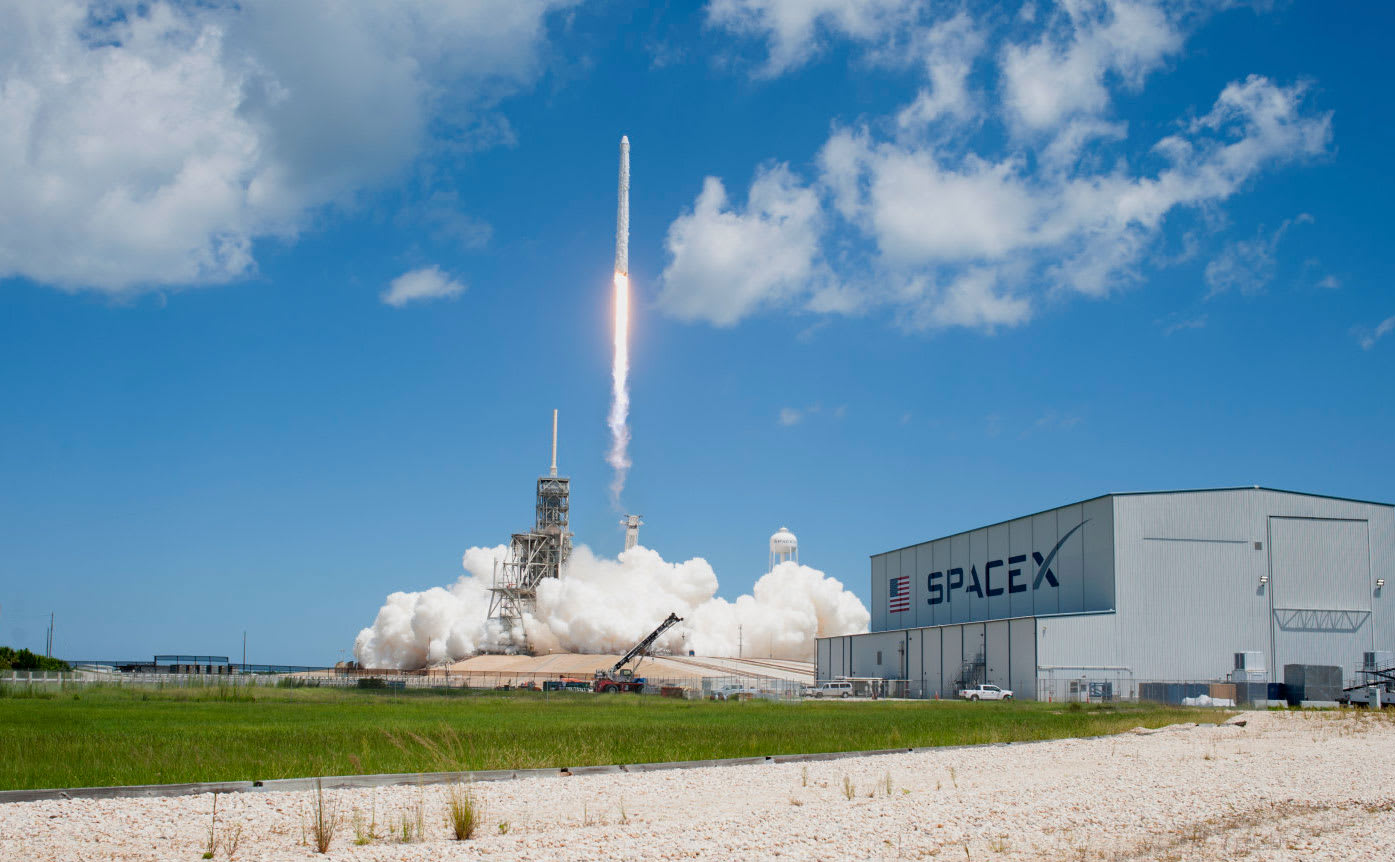 Today SpaceX launched its first reused rocket for NASA. Both the Falcon 9 rocket itself and the Dragon capsule have been used prior to this resupply mission. Back in June, Elon Musk's spacefaring venture put a reused capsule in orbit, but this trip to the International Space Station marks the first time that NASA has used a "flight proven" booster on a mission (read: reused) according to CNBC. Based on the livestream, everything seems to have gone well: SpaceX successfully landed the rocket, which means it could potentially make its third flight in the future.

The Dragon will spend around a month attached to the ISS and will return to Earth on January 13th. If you missed any of today's action, NASA is replaying the launch stream ahead of today's press conference at noon Eastern.

Source: NASA
Coverage: CNBC
In this article: capecanveral, dragon, florida, iss, launch, nasa, space, spacex, tomorrow, transportation
All products recommended by Engadget are selected by our editorial team, independent of our parent company. Some of our stories include affiliate links. If you buy something through one of these links, we may earn an affiliate commission.