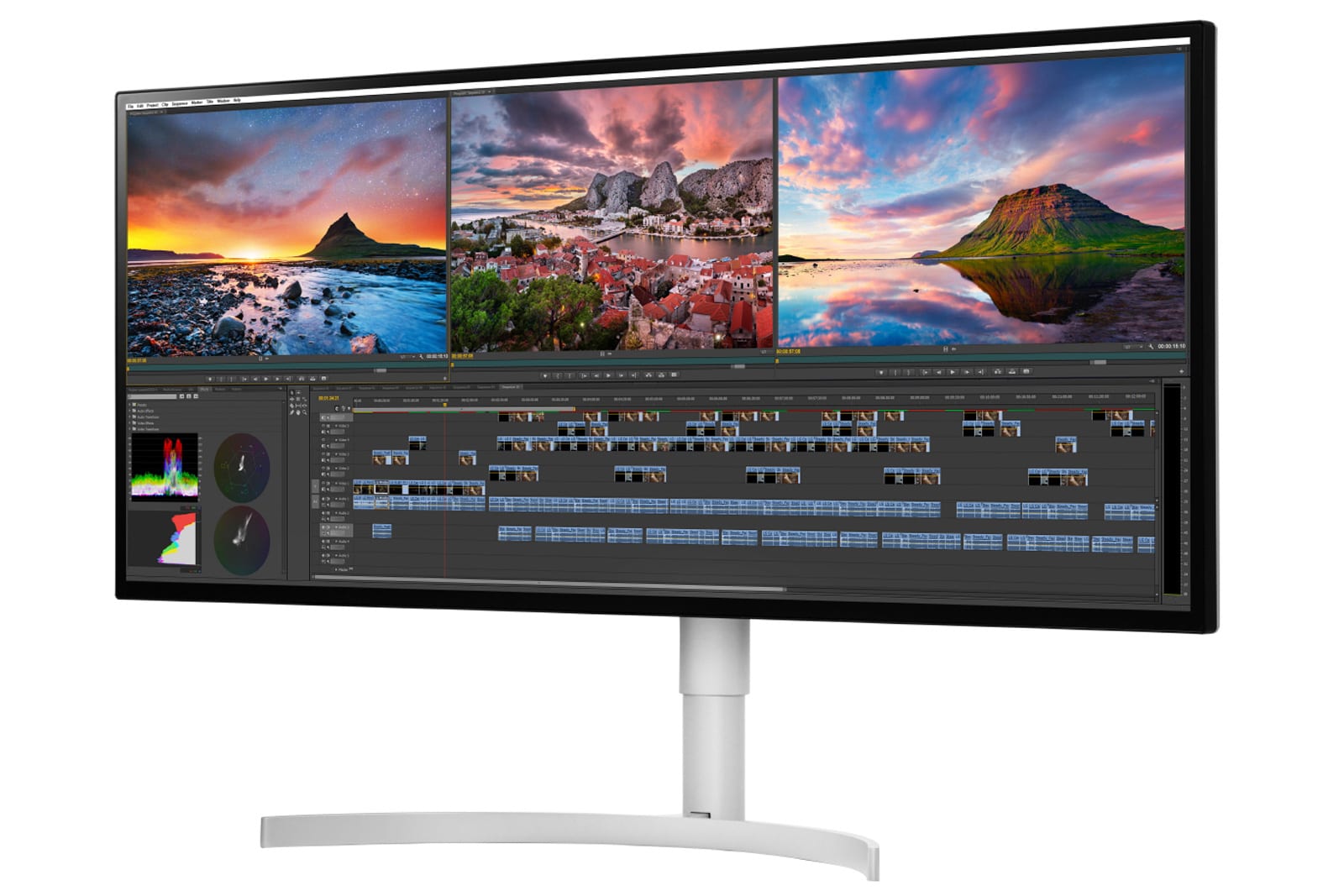 LG was one of the first out of the gate with high-end consumer HDR monitors, and now it's ready to spread its wings a bit. It's unveiling three new displays, all of which promise more intense DisplayHDR 600-rated visuals -- that is, they can reach 600 nits of brightness while maintaining the wide dynamic range inherent to HDR. The eye-catcher of the bunch is arguably the 34WK95U, a 34-inch ultra-wide 5K (that is, 5,120 x 2,160) monitor designed for video editors and others who want side-by-side views without multiple displays. It includes a Thunderbolt 3 port that can pipe data, power and 5K 60Hz video through a lone cable.

Not that the other models are without their perks. The 32-inch 32UK950 you see below is 'just' a 4K display, but it touts nano IPS tech (nano-sized particles on the screen's LED illumination) that promises both more accurate and more intense colors, reaching 98 percent of the cinema-grade DCI-P3 color space. Also, LG is pitching this as ideal for Thunderbolt 3-equipped laptops like the current MacBook Pro. Its display dock is the first to support 4K daisy chaining, so you can attach a second display while preserving all the data and power connections you're used to.

LG hasn't outlined the pricing for the new monitors, and it's unclear when they'll ship. Given that these screens are loaded to the hilt, though, we'd expect them to carry high prices. 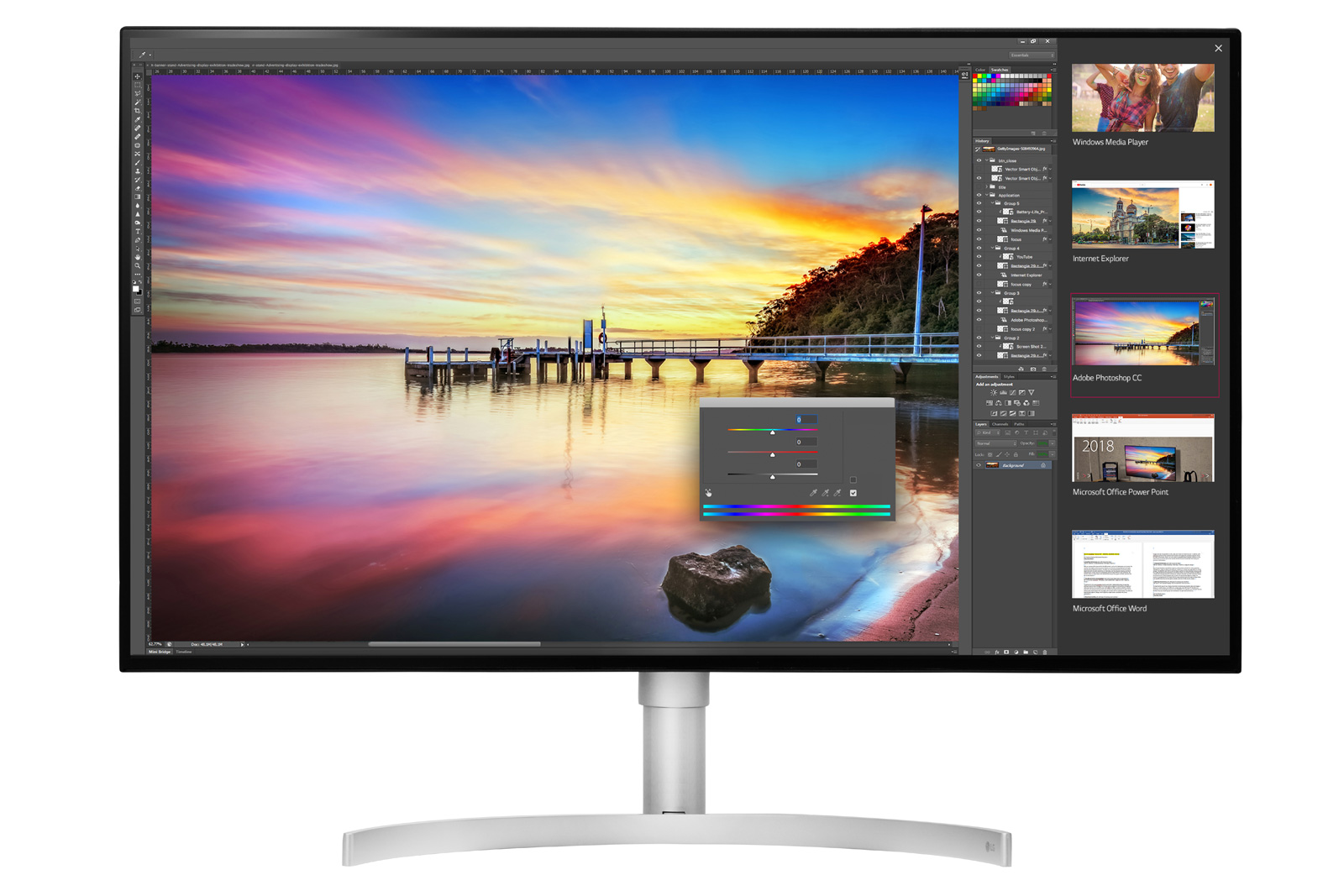 Source: LG Newsroom
In this article: 4k, 5k, ces2018, displayhdr, displays, gear, hdr, lg, mac, monitor, nanoips, personal computing, personalcomputing, thunderbolt3
All products recommended by Engadget are selected by our editorial team, independent of our parent company. Some of our stories include affiliate links. If you buy something through one of these links, we may earn an affiliate commission.