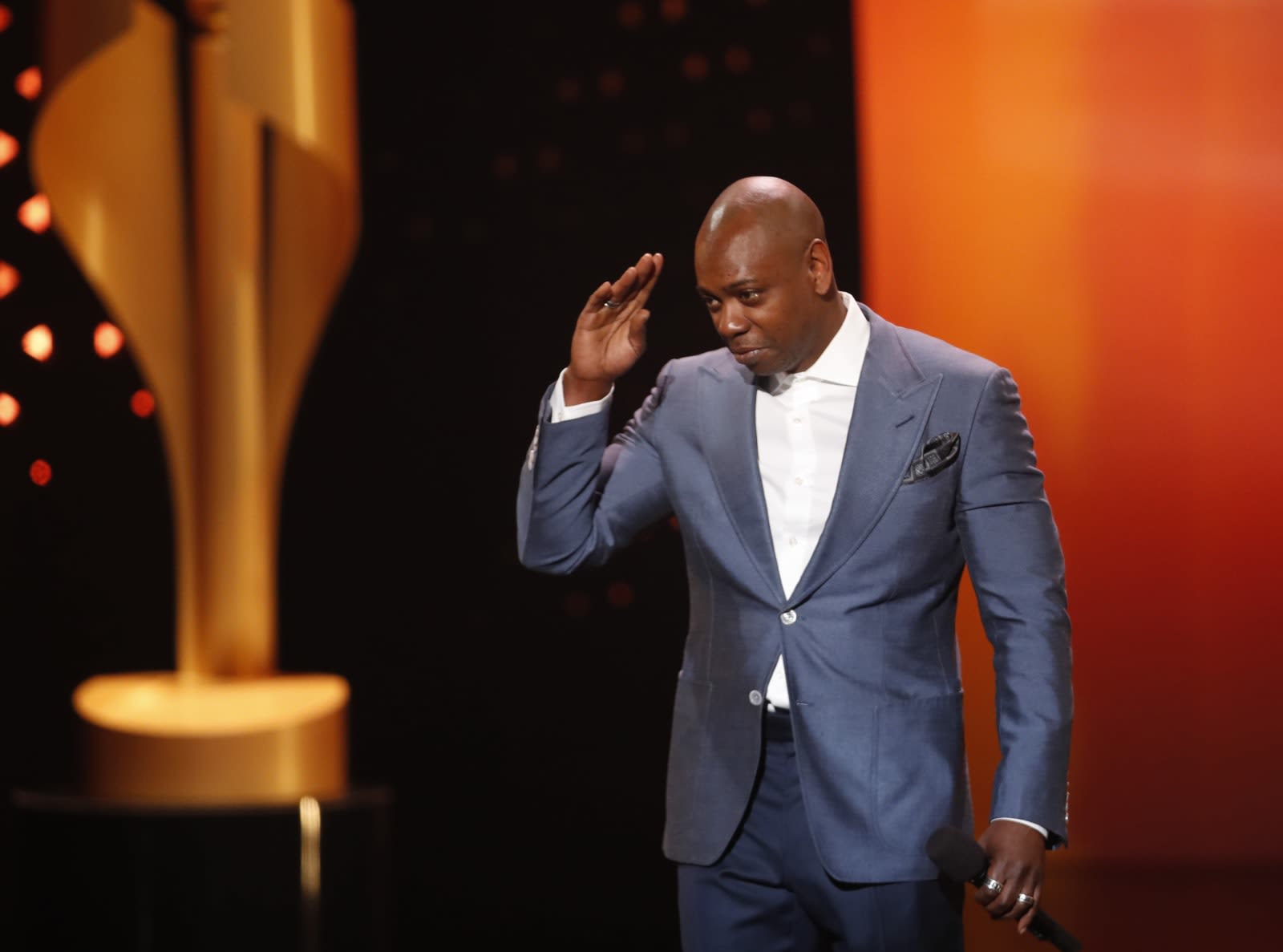 Netflix's partnership with Chappelle is just one example of the service doubling down on its stand-up comedy offerings. It's courted several other big-name comics like Chris Rock, Jerry Seinfeld and Amy Schumer over the past year to the tune of $11 to $20 million per special. Comedian Louis CK was also supposed to have a second Netflix special, but it was cancelled in the wake of sexual harassment allegations against him.

So if you find yourself at home this New Year's Eve, feel free to fire up Netflix and count the year down with some comedy. You can catch a short preview of Chappelle's specials below.

You do the math. pic.twitter.com/S79dykE5Ka

Source: Variety
In this article: av, chappelle, davechappelle, entertainment, internet, netflix
All products recommended by Engadget are selected by our editorial team, independent of our parent company. Some of our stories include affiliate links. If you buy something through one of these links, we may earn an affiliate commission.