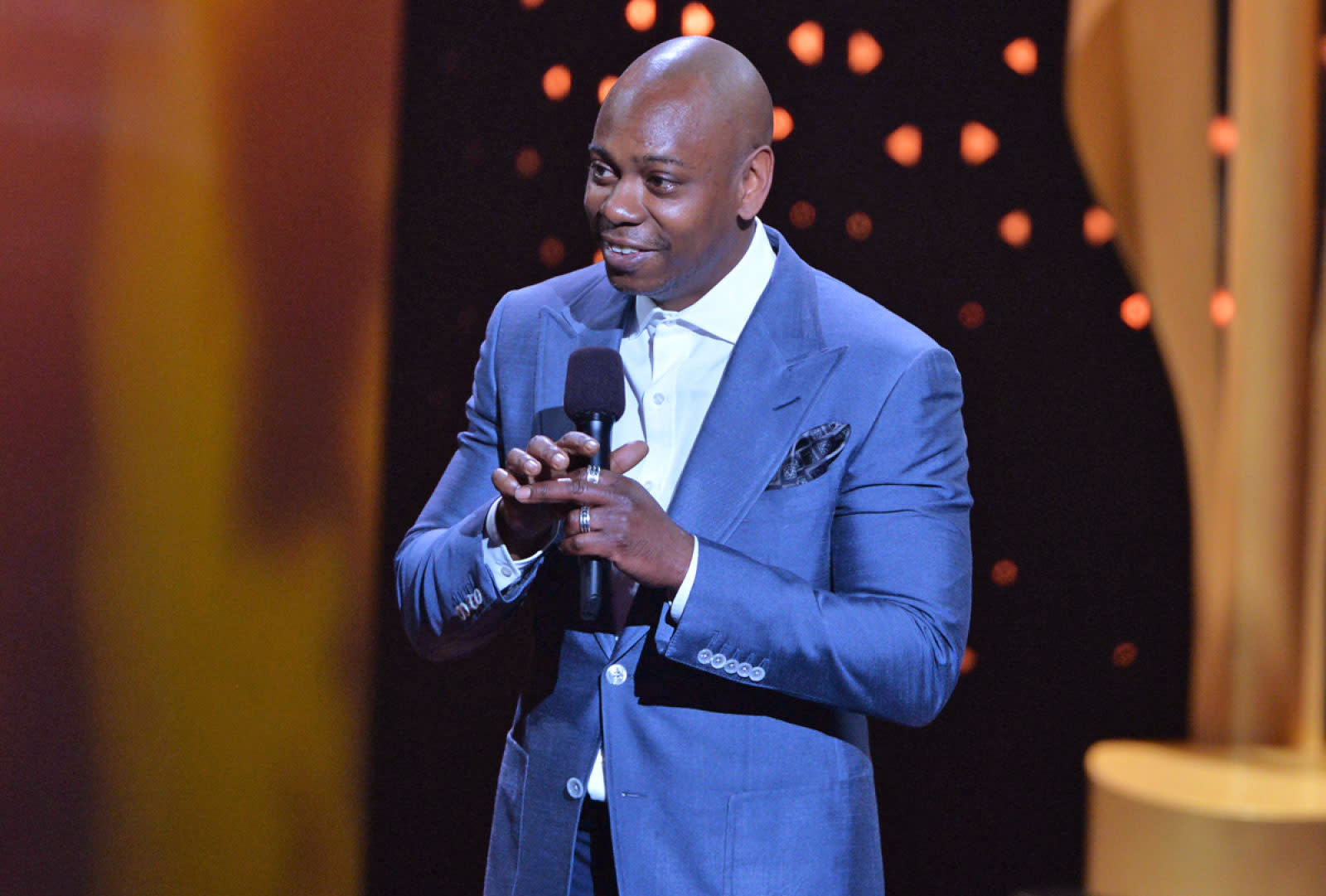 Dave Chappelle's third Netflix special, Dave Chappelle: Equanimity, will debut on the streaming service December 31st, Variety reports. It's the first comedy special Chappelle has made exclusively for Netflix. Last year, the service announced that three specials from the performer were on the way and the first two -- previously unreleased material from shows performed at Austin City Limits and the Hollywood Palladium -- were released in March.

Netflix has made moves in recent years to ramp up its comedy offerings. Along with the Chappelle specials, it also reportedly dropped $40 million for the rights to two Chris Rock specials, signed Jerry Seinfeld on for two specials -- the first of which premiered in September -- while also taking over his Comedians in Cars Getting Coffee from Crackle and snagged the 25th anniversary Def Comedy Jam special, which Chappelle performed for.

Netflix tweeted a short teaser of the special today featuring an appearance by Stranger Things' Eleven, which you can check out below.

In this article: av, chrisRock, comediansincarsgettingcoffee, comedy, crackle, DaveChappelle, entertainment, internet, JerrySeinfeld, netflix, services, standup, StrangerThings, video
All products recommended by Engadget are selected by our editorial team, independent of our parent company. Some of our stories include affiliate links. If you buy something through one of these links, we may earn an affiliate commission.