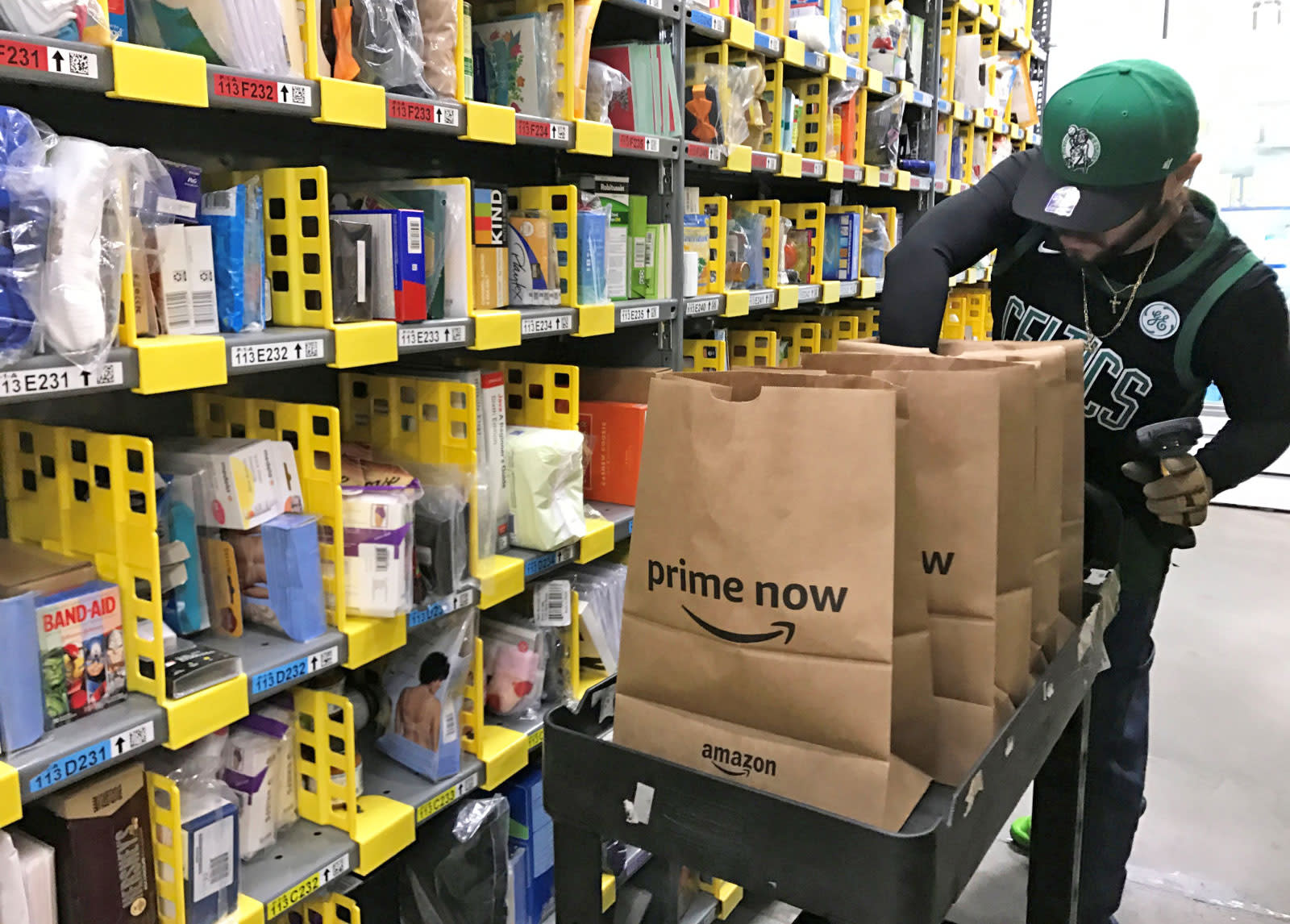 As we close out one year and welcome another, Amazon has a few stats for us to better reflect on how we spent 2017 -- evidently by sending each other a colossal volume of stuff. The company announced today that Prime members shipped over 5 billion items using the service this year.

The company announced the statistic today along with a few notes trumpeting Amazon products. Notably, among all manufacturers and categories, the Fire TV Stick and Echo Dot were the best-selling products purchased by Prime members in the US. Shocking nobody, the trendy Instant Pot was the most gifted item on Amazon's Wedding Registry, as well as the most Wish Listed item; Accordingly, the Instant Pot Cookbook was the book Prime members gifted all year.

Amazon spent 2017 building out Prime's non-shipping features, too, like reserving early film screenings for members. It also added more content to its video service, which has at least won some critical notice, snagging three Golden Globe nominations at this weekend's awards ceremony. But shipping products will always be Amazon's bread and butter; Hence the company's move in October to let college kids subscribe to Prime on a month-to-month basis.

In this article: amazon, AmazonPrime, OnlineShopping, services, shipping
All products recommended by Engadget are selected by our editorial team, independent of our parent company. Some of our stories include affiliate links. If you buy something through one of these links, we may earn an affiliate commission.