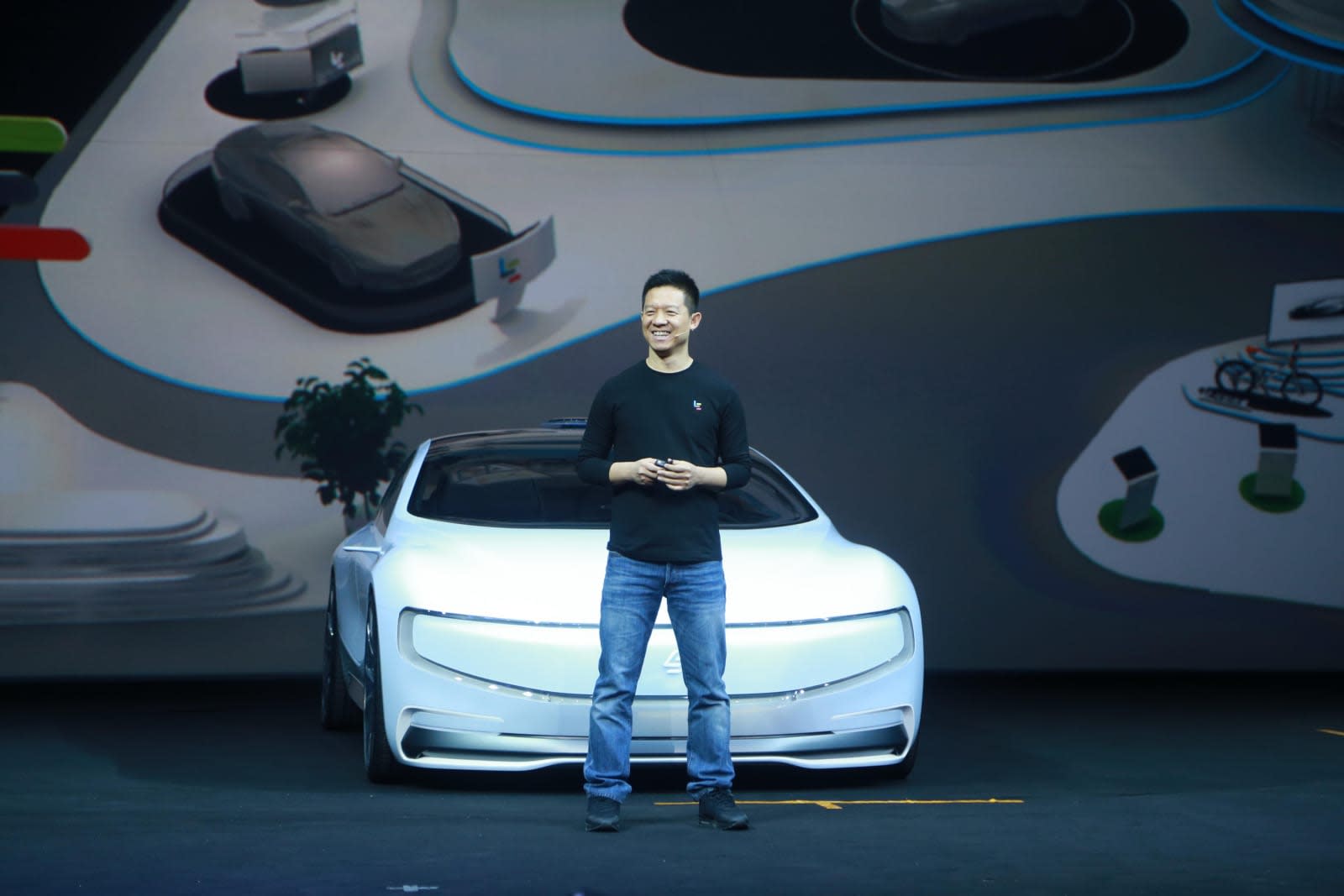 The founder of LeEco has reportedly refused to return to China to answer questions about his company's perilous financial situation. Reuters believes that Jia Yueting, who was ordered to return to his homeland by China's Securities Regulatory Commission has opted to remain in the US. In a statement, the elusive figure said that he was focused on fundraising for the LeEco-affiliated Faraday Future and couldn't travel. Consequently, Jia sent his brother, Jia Yuemin, to report back to authorities.

LeEco began as an entertainment company, but quickly developed into a behemoth with interests in countless subsidiaries. Unfortunately, Engadget's blockbuster investigation into LeEco found that despite its size, it had no financial foundation to underpin its ambitions to become even bigger. Former employees described LeEco's complex ownership structure as little more than a "shell game" to hide loss-making enterprises.

2017 saw the company hit a cash crunch, and it was forced to sell-off assets and fire employees to pay off debts that are believed to have been as high as $1.54 billion. Jia Yueting refutes the idea that LeEco isn't profitable, and says that one failed payment in July prompted asset freezes and early loan recoveries. At the start of December, the businessman was placed on an official blacklist of defaulters as a way of encouraging him to repay his debts.

Plenty of questions linger over just how much money is sloshing around LeEco's corridors, and why its former CEO has devoted this much time to Faraday Future. Not to mention the optics of remaining in self-imposed exile, letting your family take the heat from regulators who want to know what the hell is going on.

In this article: FaradayFuture, gear, internet, JiaYeuting, LeEco, transportation, hidden:vv_16x09:c68a3149-b11b-3595-bc76-74c7675f61ef
All products recommended by Engadget are selected by our editorial team, independent of our parent company. Some of our stories include affiliate links. If you buy something through one of these links, we may earn an affiliate commission.