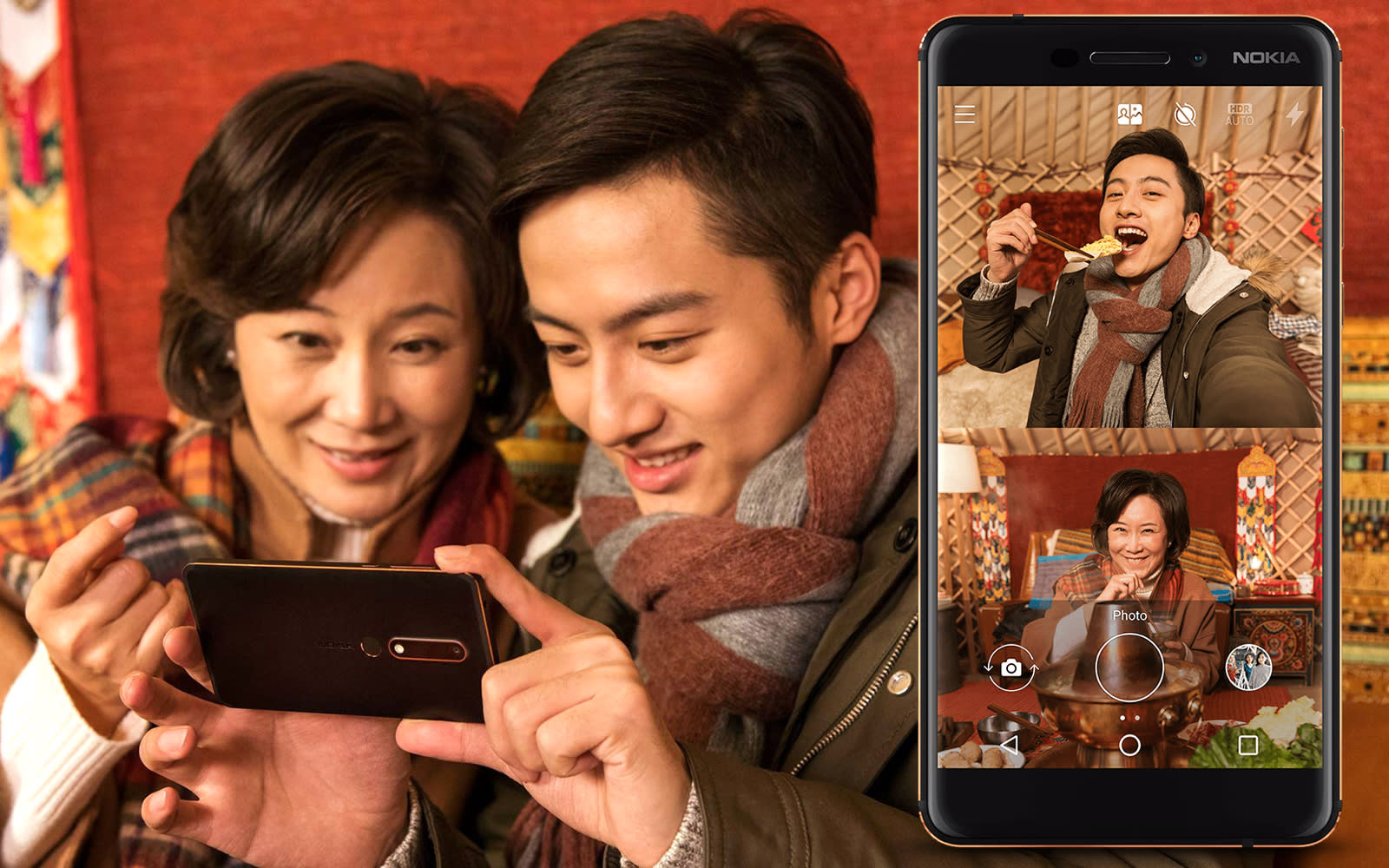 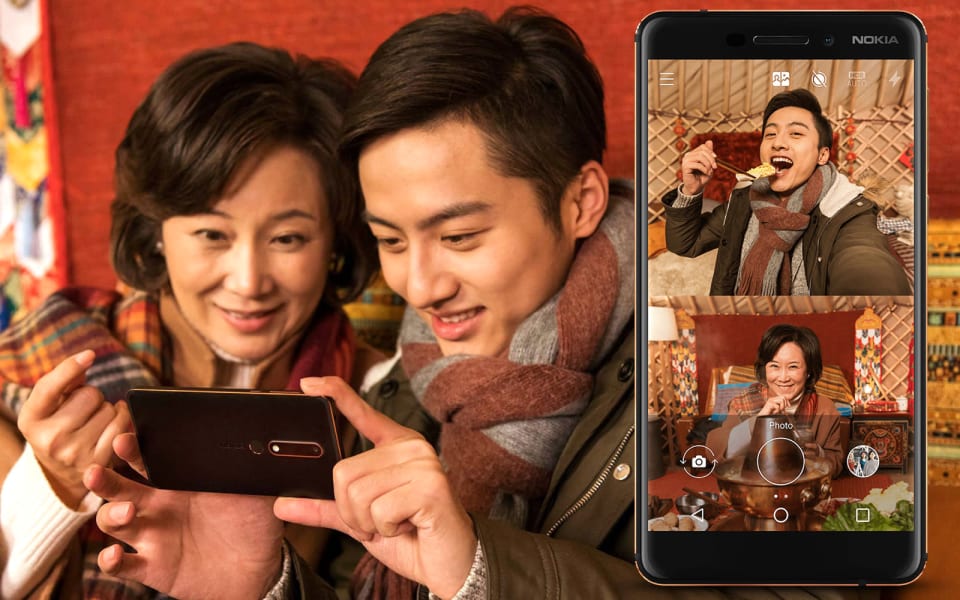 Much like how HMD kicked off 2017 by bringing its first Android smartphone, the Nokia 6, to China, today it unveiled an updated model for the same region. Based on a similar aluminum unibody design, the most obvious changes on this second-gen Nokia 6 are the added colors on the chamfer, with the black version featuring copper highlights and the white version with rose gold. Similarly, the centered vertical camera bump has gained a shiny rim of the corresponding color. The old capacitive buttons below the 5.5-inch full HD IPS screen have also disappeared, with the rectangular fingerprint reader now residing on the back in a circular form.

In terms of specs, the most interesting part here is that this new Nokia 6 has swapped its entry-level Qualcomm Snapdragon 430 chipset for a much nicer Snapdragon 630 -- the same piece of silicon inside the HTC U11 Life, Moto X4 and ASUS ZenFone 4 -- along with faster LPDDR4 RAM (China still offers 4GB) to run Android 7.1.1 Nougat out of the box (Android 8.0 Oreo update due to arrive later). Similarly, it has finally ditched the micro-USB socket in favor of USB-C. While the phone has gained a second microphone to support Nokia OZO Audio's spatial audio capture, it's lost its second speaker which potentially makes video viewing less fun, plus Nokia OZO Audio wasn't that convincing when we tried it with the three microphones on the Nokia 8. On the flip side, there's still a 3.5mm headphone jack for quickly plugging in other audio peripherals, or you can just go wireless with the Bluetooth 5.0 radio.

Everything else remains the same, especially the cameras: on the back there's a 16-megapixel f/2.0 main imager with a 1 um sensor plus dual LED, and for selfies there's a 8-megapixel f/2.0 front camera with a 1.12 um sensor plus 84-degree wide-angle capture. And yes, the Dual-Sight mode aka "bothie" mode introduced by the Nokia 8 is also supported here. Other tidbits include a 3,000 mAh battery, LTE Cat 4 radio, dual SIM slots and storage expansion via microSD card (though this takes up the second SIM slot).

Given the same 1,699 yuan price (about $260) for the 64GB version with 4GB of RAM, this new Nokia 6 is a tad more attractive than its predecessor. Better yet, there's also a 32GB flavor priced at 1,499 yuan (about $230) for those with a tighter budget. There's no word on when this model will arrive in other markets, but for now, folks in China can reserve one ahead of the January 10th launch, and they should receive their new phones well ahead of Chinese New Year.

In this article: android, china, gear, hmd, mobile, nokia, nokia6, nokia62018, smartphone
All products recommended by Engadget are selected by our editorial team, independent of our parent company. Some of our stories include affiliate links. If you buy something through one of these links, we may earn an affiliate commission.