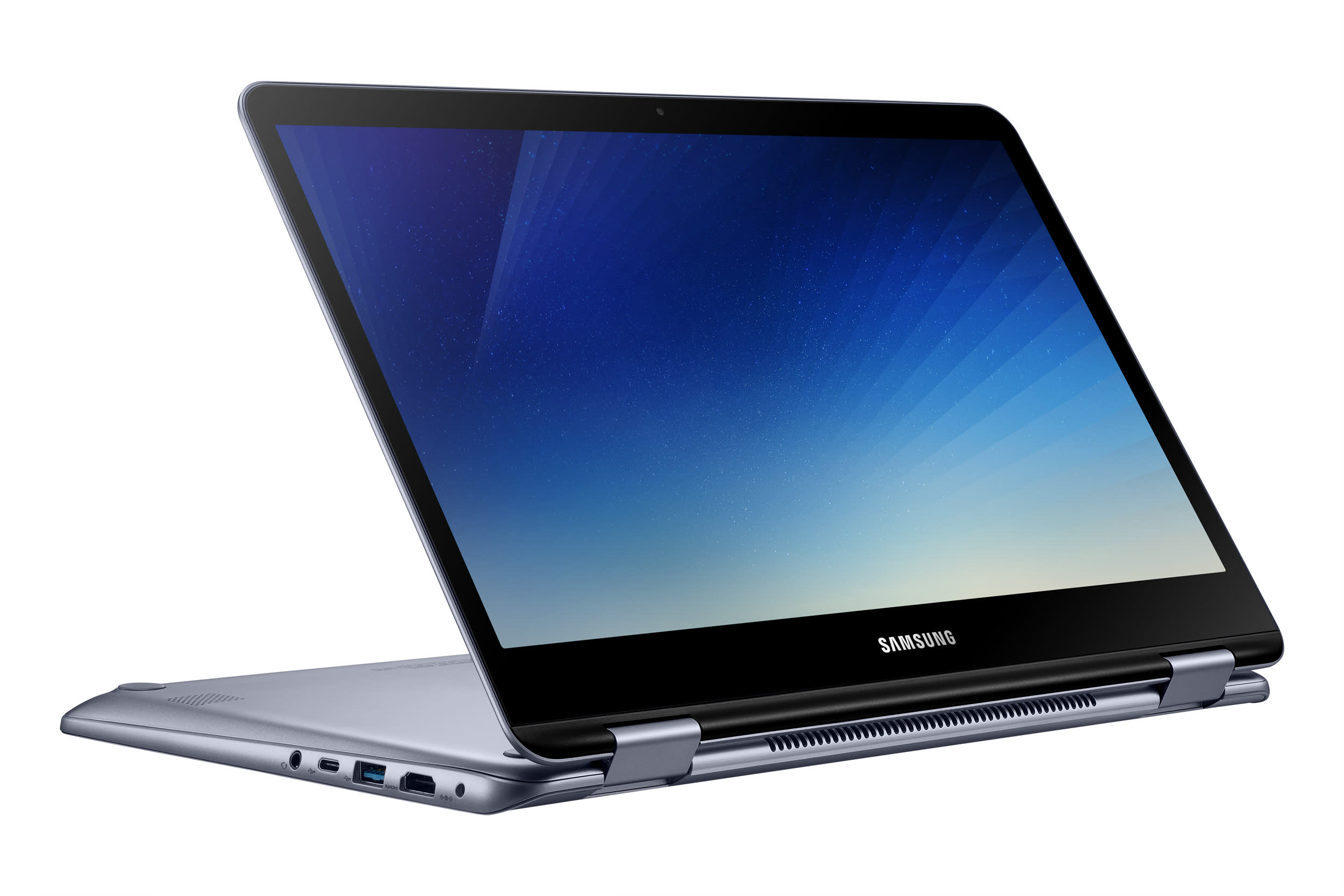 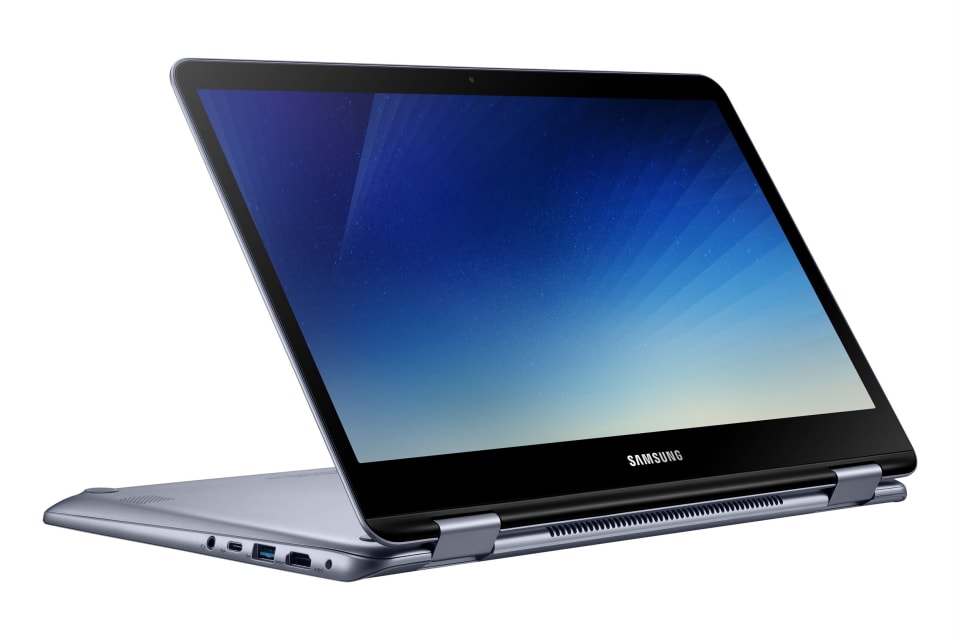 Well, Samsung seems hell-bent on revealing all its new laptops before CES even starts. First there was the trio of Notebook 9 models announced last month, and now the company is talking up a new version of its Notebook 7 Spin. For those not aware, the original 13.3-inch Spin debuted in 2016 as a relatively inexpensive laptop that turned into a slightly unwieldy tablet, and this refreshed version doesn't stray far from Samsung's original formula.

There's no firm word on pricing or availability yet — all we know is that the machine will land in the US sometime in Q1 2018 — but changes here are mostly what you'd expect. Samsung dumped the i5-6200U chipset from the original Spin in favor of a more modern, 8th-generation i5 processor paired with 8GB of RAM and a 256GB SSD. It also packs a fingerprint sensor for quick logins (thanks to Windows Hello), a feature that has quickly become de rigueur for mid-range machines. And like those tweaked Notebook 9s, the 2018 Spin packs a handful of arguably useful software features, most notably a tool that uses a built-in far field microphone to capture recordings from "meetings or lectures." We're a little less thrilled that the 2018 Spin has one fewer full-size USB port (leaving just one Type C port, one USB 3.0 port and one USB 2.0 port) and a slightly smaller battery than its predecessor. Here's hoping those omissions are reflected in the machine's final price tag. The Spin's design is slightly different, too — while the original had one long hinge that spanned almost the entire length of the display, the 2018 version has a more traditional two-hinge setup. This probably won't pose problems for too many Samsung fans, but the original's long hinge design was a neat flourish that also helped the machine feel a little more stable.

Oddly enough, there's no word on a refreshed 15-inch Spin model, but hey — using a machine with a display that big as a tablet felt pretty clunky anyway. Neither of the new 15-inch Notebook 9s are 2-in-1s either, so if you're itching for a big slab of a Samsung machine that doubles as a tablet, the only real option available is the Notebook 9 Pro released earlier this year.

In this article: 2in1, ces2018, convertible, gear, laptop, notebook, notebook7, notebook7spin, personal computing, personalcomputing, samsung, windows
All products recommended by Engadget are selected by our editorial team, independent of our parent company. Some of our stories include affiliate links. If you buy something through one of these links, we may earn an affiliate commission.