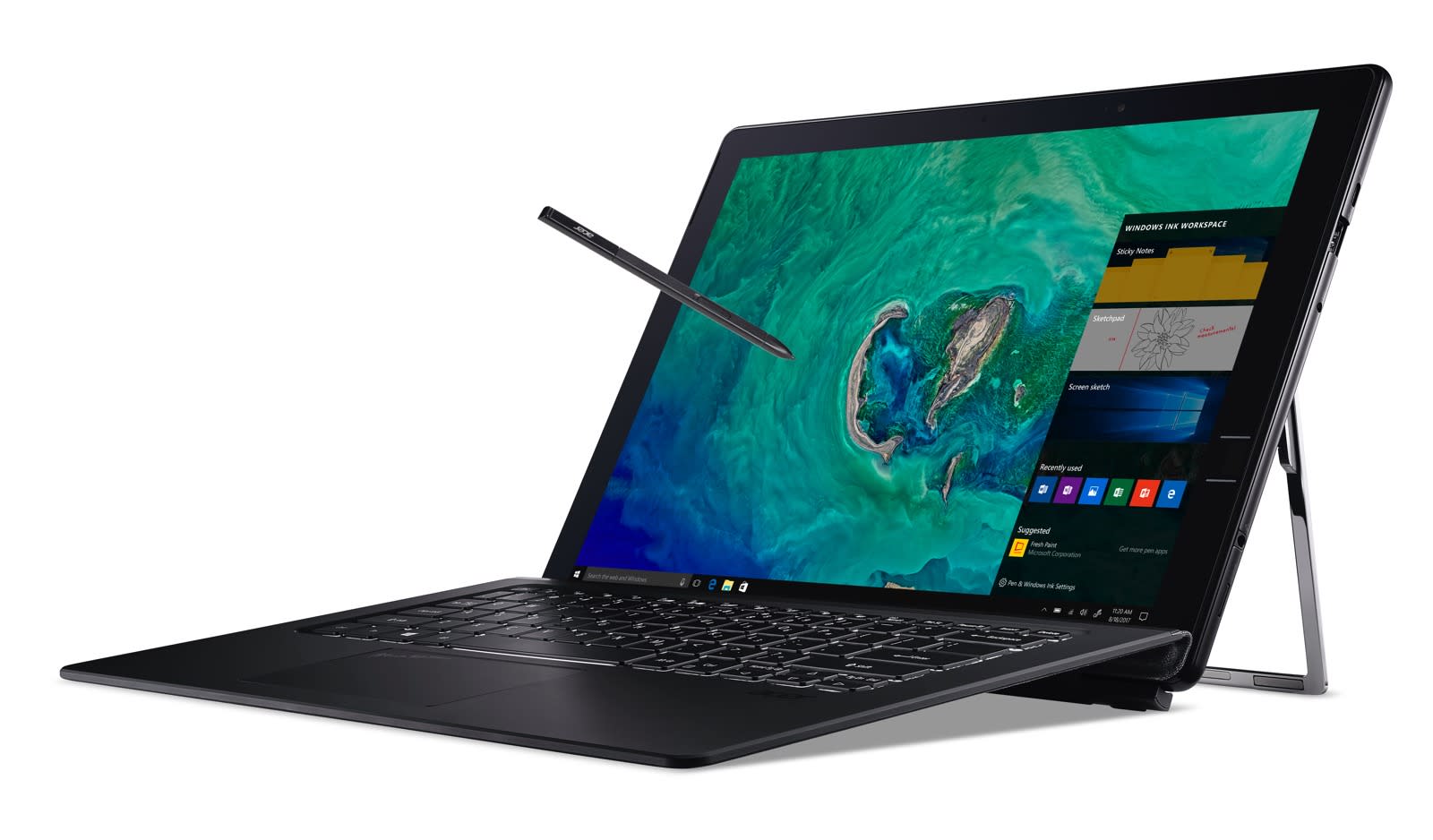 At CES this year, Acer is showing off the latest additions to its notebook lineup with the Acer Swift 7, Switch 7 Black Edition and Acer Spin 3 laptops. Across the board, you'll find thinner and lighter designs with an upgrade under the hood to newer Intel chips.

The company claims that its Acer Swift 7 is the thinnest computer in the world at 8.98mm thick. Under the hood it has an Intel Core i7 CPU and integrated LTE radio. All that's wrapped in a black unibody enclosure with a 14-inch Gorilla Glass touchscreen. Acer says the machine gets up to 10 hours of battery life and will be available in March in the US, starting at $1,699. It will start at £1,599 in the UK when it launches in April.

The previously announced Acer Switch 7 Black Edition will be available starting this month at the same starting price. It's powered by an 8th-generation Intel Core processor and a discrete Nvidia GeForce MX150 GPU. Other amenities include a fingerprint reader and a stylus made by Wacom.

The updated Acer Spin 3 has an 8th-generation Intel Core chip as well, and can get up to 12 hours of battery life. The new model still has the 360-degree hinge on it that allows for four different use modes, including a full tablet position. It will be available next month starting at $599/£479. In this article: acer, ces2018, gear, personal computing, personalcomputing
All products recommended by Engadget are selected by our editorial team, independent of our parent company. Some of our stories include affiliate links. If you buy something through one of these links, we may earn an affiliate commission.