The question is, can this upstart company actually bring its futuristic SUV to market?

As we get closer to a world where the car is doing most of the driving, traditional automakers are trying to figure out what passengers will be doing when they're not driving. Car startup Byton thinks it already knows what people want -- and and unlike most automakers isn't burdened by tradition while it builds its electric SUV of the future.

Byton showed off the near-production version of its upcoming electric SUV at CES. According to the company, the "Concept" (which will start at ¥300,000 in China or approximately $45,000) is "85 percent" done and will launch in China in 2019 and the United States and Europe in 2020.

The slick-looking car (and it does look slick with no door handles or mirrors) rolled onto the stage amid flashing lights and loud music. In addition to slightly futuristic-looking head and tail lights, there's a thin spiderweb of illumination on the front and rear of the SUV that can be used to convey the car's status to pedestrians. There are facial recognition cameras in the B-pillars (the pillar between the front and rear side windows) that are used to unlock the car. Those missing mirrors have been replaced by cameras (if allowed by regulators) that are merged with rear-view camera to create a panoramic view of the world behind the car on the dash. 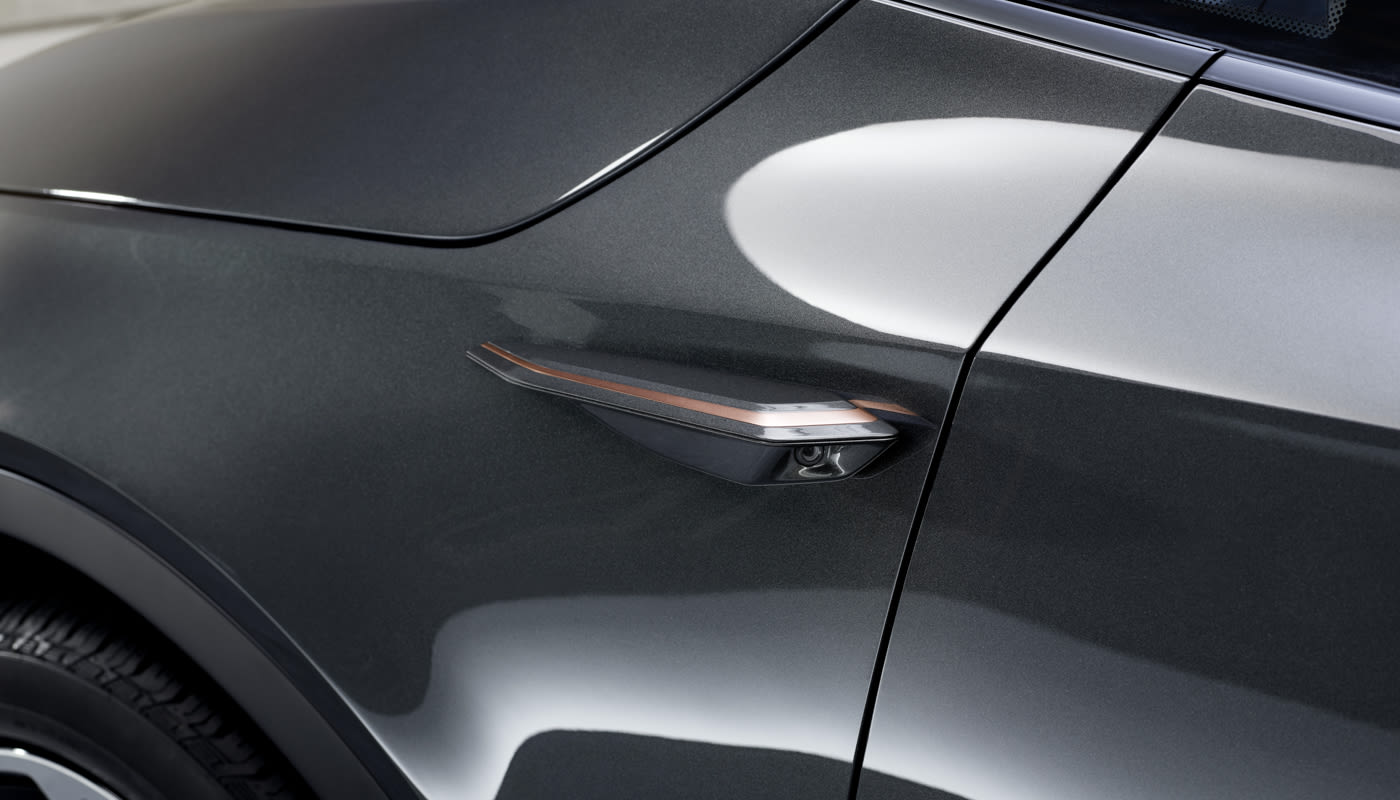 The company is going for futuristic without being polarizing. It wants a vehicle everyone likes to look at that's also sleeker than other SUVs on the market.

But it's not the outside that really counts with Byton (even though I'm actually a fan of the design). The interior and systems it houses are what the automaker is hoping will make its vehicles stand out from the rest of the automotive world. It's about changing the experience of driving. Byton CEO Dr. Carsten Breitfeld told Engadget that "if you want to create something new then you have to change the paradigm."

That change includes a gigantic 40-inch Shared Experience Display that runs the width of the dash, and front seats that swivel towards the center by 12 degrees, so passengers in the back have a clearer view of the screen. Optional rear displays will also be available at launch. 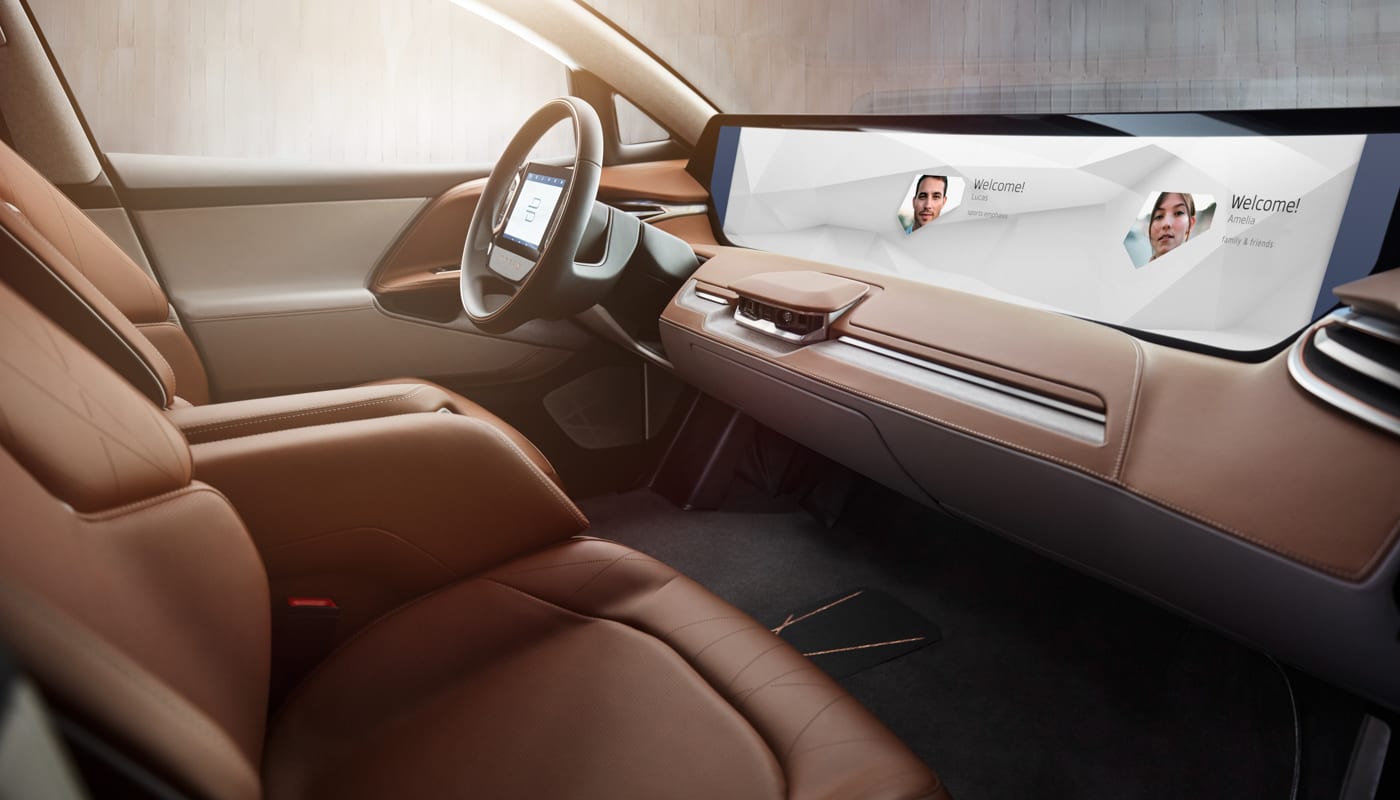 Controlling the infotainment system, climate control and media are handled by gestures, thanks to a camera installed in the dash. The driver can also use their voice or a touchscreen tablet installed in the steering wheel. It's basically an Android tablet that can be used as such when the car's doing all the driving. The vehicle also has facial-recognition sensors in the dash for driver profiles. But it's more than just setting up your seat the way you like it and tuning to your favorite station -- it's part of Byton's mobility plan. Your facial data and vehicle info (Byton ID) can be sent to the cloud if you prefer, and when you enter another Byton vehicle, the car conforms to your preferences. So if these cars end up in a local shared fleet or as part of a nationwide rental company, the Byton automobile you sit in will adjust to your liking. That, like the rest of the features, sounds great. And it's not all that far-fetched.

Audi, BMW and other automakers are investigating how to keep drivers and passengers entertained when their cars are driving themselves. What Byton is hopes is that its lack of car-building history means they can build something from scratch that appeals to automotive enthusiasts and and gadget fans alike

CES and Silicon Valley are littered with the crushed dreams of automotive startups. At last year's CES, Faraday Future showed off its FF 91 SUV and has since bled executives while toning down its launch and factory-building plans.

Even the companies that are succeeding, like Tesla, are finding it difficult to bring a car to the market at scale. Building one car is easy. Building 100,000 cars is harder than people realize. 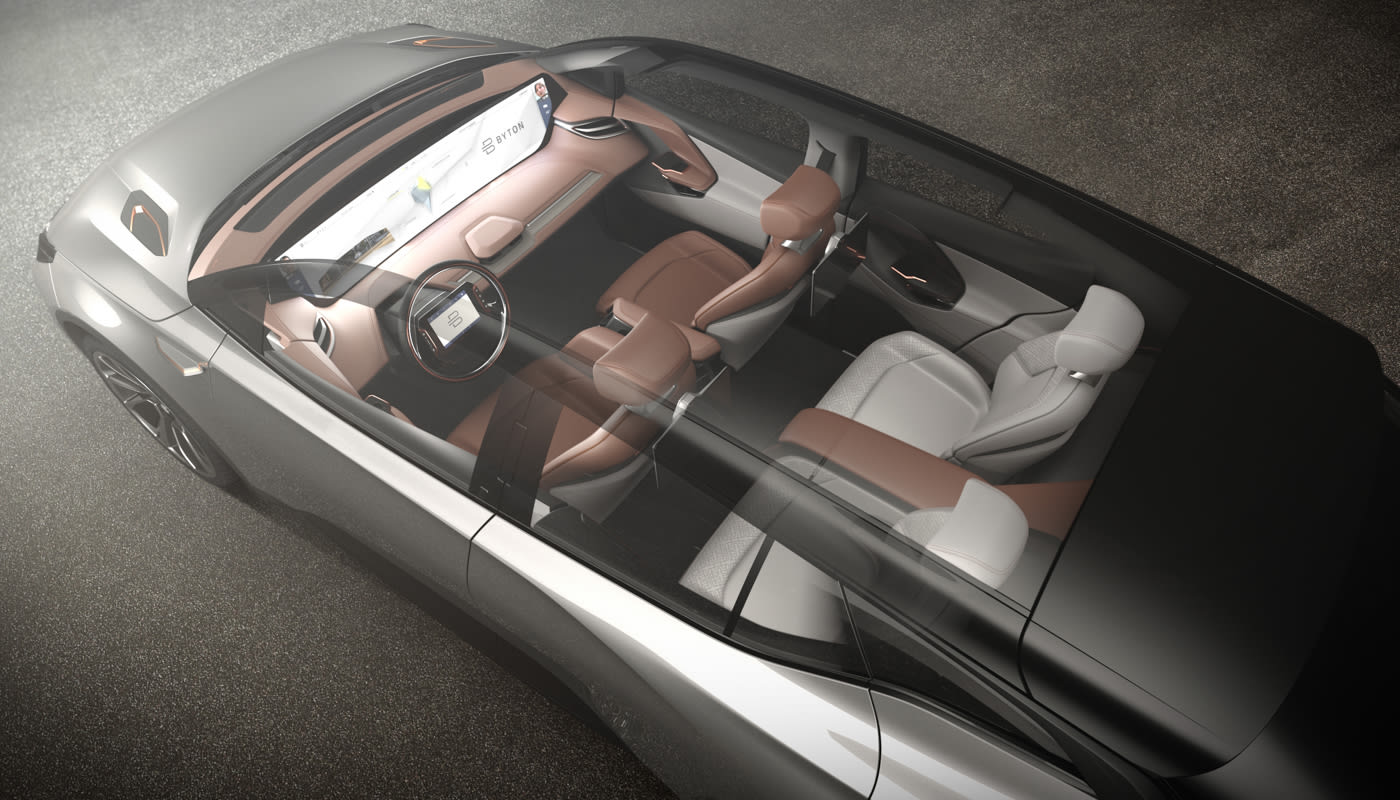 Breitfeld says that Byton has learned from the mistakes of those who came before them. He also notes that the core of the company comes from the auto industry including his 20 years with BMW. Before he left the German automaker he was project manager for the i8.

The company will build its cars in China where it's easier to get a factory up and running than in the United States. It's also launching in China first with level 3 autonomy in its SUV. The US and European market will see the car sometime in 2020. While level 4 autonomy is expected to roll out to the cars via a software update in 2021.

The Concept will have a range of 250 miles for the rear-wheel drive version and 325 miles for the all-wheel drive version, with 71 and 95kWh battery packs respectively. Both vehicles will support fast charging to 80 percent in 35 minutes or less. And even though it's not supposed to be that important, the entry level SUV will have 272 horsepower while the more powerful version will push out 476. Even if you're a fan of an immersive user experience, you still might want to go fast. 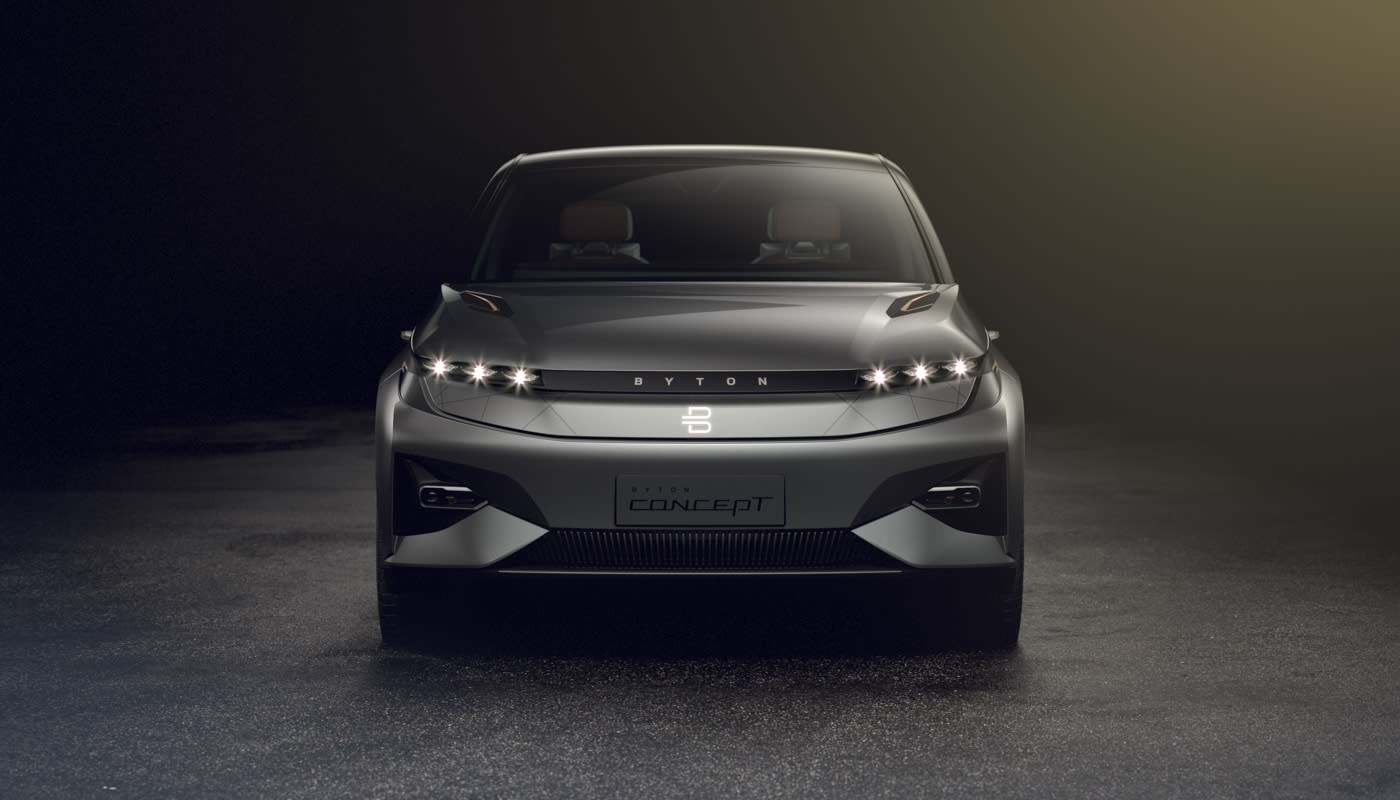 All those specs are for naught if the company can't deliver. It sounds like Byton is on the right track, but a lot of other new car companies seemed ready to take on the automotive world, only to fizzle out.

On stage at the company's CES launch event, vice president of marketing Henrick Wenders talked at length about the user experience; a new way people will be transported from point A to B. People clapped when they were supposed to and as the vehicle appeared on stage, and we all pulled out our cameras. We're either taking photos of the future or something we'll never see again.