HP unveils an Intel version of its Envy x2 hybrid

It turns out HP has another Envy x2 hybrid laptop coming this year, in addition to the Snapdragon-powered model it unveiled last month. As you'd expect, instead of a mobile chip, it features an Intel seventh-generation Core processor (a pity HP couldn't fit in an eighth-generation chip) along with optional LTE connectivity. It's more of a traditional Surface competitor for people who aren't yet ready to adopt a Snapdragon chip for their computing needs. And, based on what we've seen, it'll offer up some worthy competition to Microsoft's machines.

It's tough to tell the Intel-powered Envy x2 apart from its Snapdragon sibling. They both feature 12.3-inch 1080p screens and, well, they look like Surface clones. The big difference between the two is how their included keyboard cases connect to their screens. This model relies on an origami-like fold to prop up the tablet portion, like the iPad Pro, while the Snapdragon version houses an articulating kickstand. Honestly, that's the one I prefer by a long shot. Angling a screen to your liking is simply much more convenient than being stuck with one position. 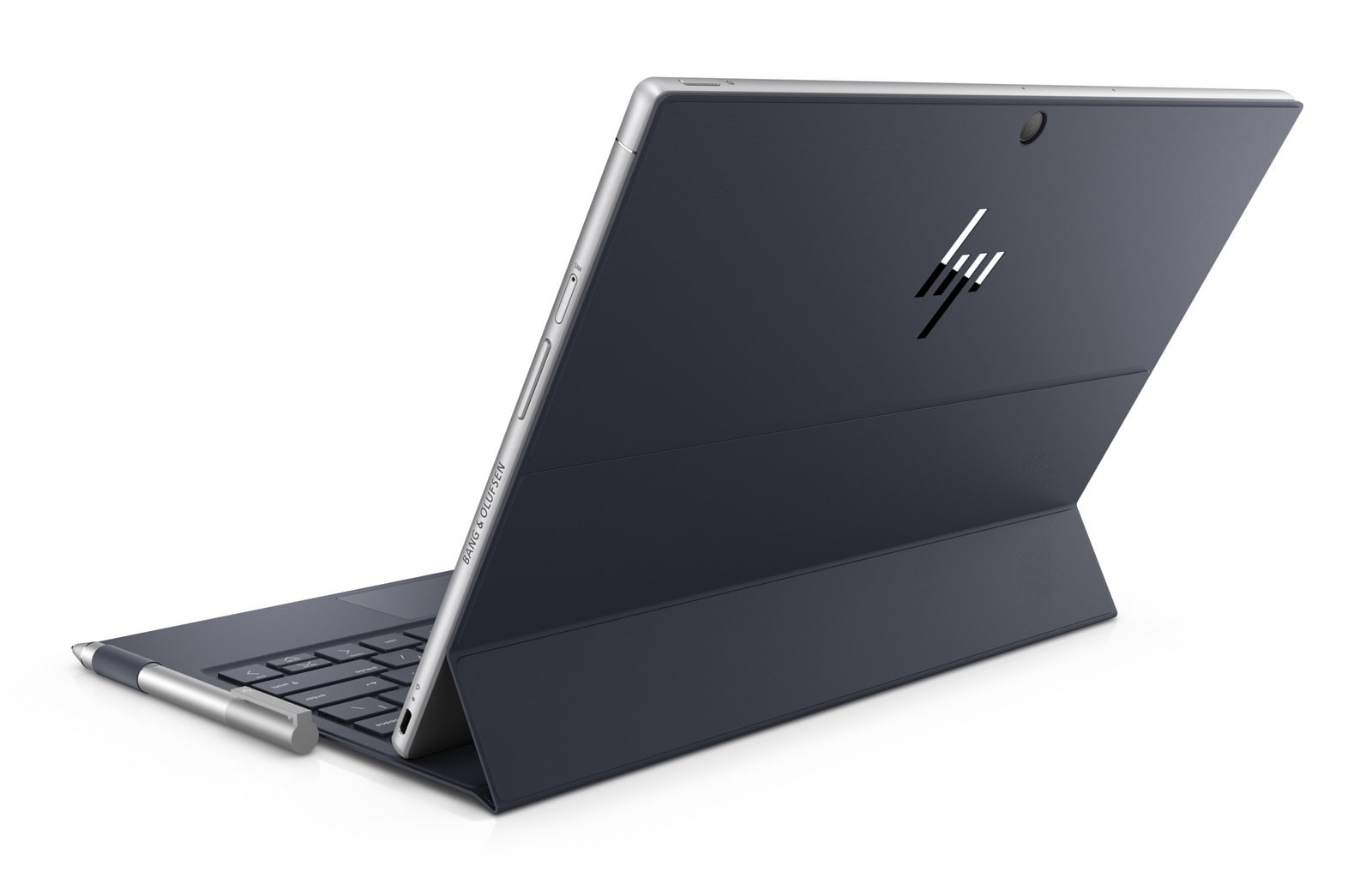 The Intel Envy x2 is also slightly heavier at 1.65 pounds, compared to 1.54 pounds for the mobile-powered version. That's not a hugely noticeable difference, and it still puts the new x2 slightly under the Surface Pro 4's 1.73-pound weight. It features a fanless design, so it won't get noisy once you get working, and includes a 13-megapixel rear camera and a 5MP front-facing camera. There aren't many surprises with its hardware: It comes with HP's Digital pen, and HP promises 15 hours of battery life. Notably, the company claims you'll be able to charge it up to 90 percent in just 90 minutes.

In my brief time with the Envy x2, it felt like a fairly straightforward hybrid PC. The tablet feels sturdy and well made, and the keyboard had a satisfying amount of travel. And, surprisingly enough, it didn't feel that much different from the Snapdragon-powered x2 when I held each in one hand. My biggest gripe is with its keyboard stand. It's not very flexible, and, as usual with these types of cases, I had a lot of trouble getting the origami fold to hold up the tablet. It's simply more trouble than it's worth. That case design also makes it tough to hold the Intel Envy x2 on your lap, something that's at least possible with the Snapdragon model.

HP isn't divulging pricing on the Envy x2 yet, but you can expect it to appear in the spring. It seems like a decent hybrid, but I'm hoping HP offers up some alternatives to that wonky keyboard case.