Last month, we saw the first Snapdragon-powered PCs from ASUS and HP -- laptops and convertibles that promised 20-hour battery lives, constant connectivity and a full Windows 10 experience. Here at CES 2018, Lenovo unveiled the 12.3-inch Miix 630 detachable, which is its first offering for Microsoft and Qualcomm's platform. At first glance, it's not significantly different from HP's convertible, but closer inspection reveals some key differences.

Since Lenovo is known for the excellent keyboards in its Thinkpads, the company said it spent a lot of time and focus on the Miix 630's. The keys here have 1.3mm of travel, and bear a similar layout to the Thinkpads. Although the folio is not as rigid as that for the new Thinkpad X1 Tablet, I still enjoyed typing on the Miix 630, thanks largely to the comfortable keys.

Another difference between the Miix 630 and HP's Envy x2 is that Lenovo included an embedded eSIM capability in addition to having a nanoSIM card slot. Since carriers haven't rolled out eSIM support yet, this difference doesn't mean much at the moment. But in the future, if embedded eSIM technology becomes more prevalent, the Miix 630 has the advantage of readiness. 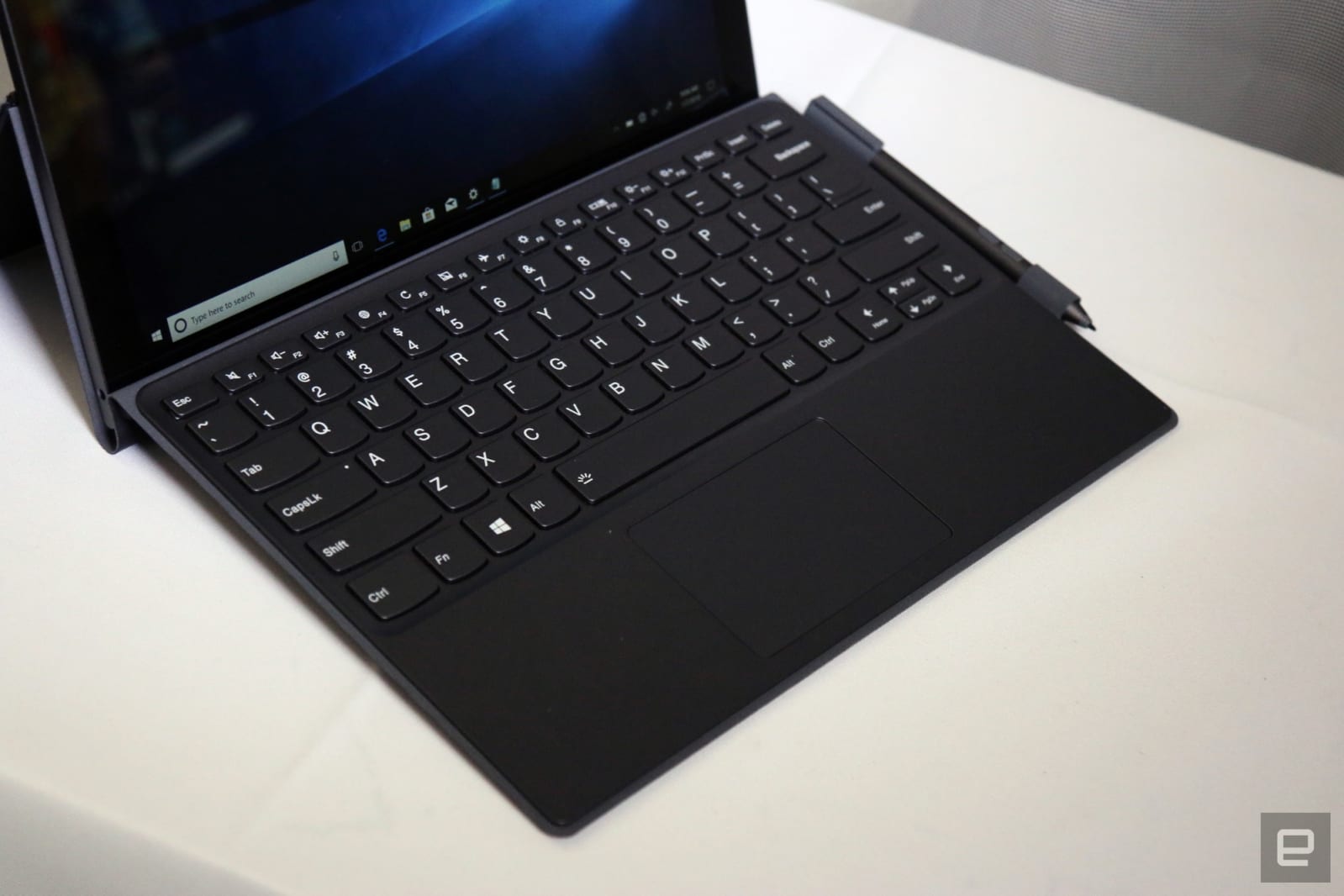 Otherwise, the Miix 630 is just like the Envy x2, which isn't surprising given these are first-gen devices that have to adhere to Qualcomm and Microsoft guidelines while the platform is in its infancy. But Lenovo does offer more RAM and storage options, going up to 8GB of RAM and 256GB of UFS 2.0 storage. The Miix 630 was responsive during my testing, keeping up with my quick repetitive swiping through pages of apps, thanks to the Snapdragon 835 chipset. I didn't push it too hard, though, so I can't tell if it will lag under more taxing situations yet like editing 4K video.

The Miix 630's 12.3-inch 1,920 x 1,280 display was bright, clear and vibrant enough for Netflix viewing or Instagram, and writing on it with the included Lenovo Active Pen was smooth and comfortable. It has a 13-megapixel infrared camera on the front to support face recognition logins via Windows Hello, and a 5-MP camera on the rear, you know, because it's 2005.

Like the HP and ASUS systems, the Miix 630 promises to last up to 20 hours of video playback, and supports gigabit LTE where available. Lenovo was careful to emphasize that this is its first offering for the Windows on Snapdragon platform, and said that there may be more form factors coming in the future. The Miix 630 will be available in the second quarter of the year starting at $799, which is costlier than ASUS' $599 Novago. We don't yet know how much HP is asking for the Envy x2, so we can't tell which is the better option at the moment, but it's clear that fans of Lenovo's keyboards who want an always connected convertible should seriously consider the Miix 630.