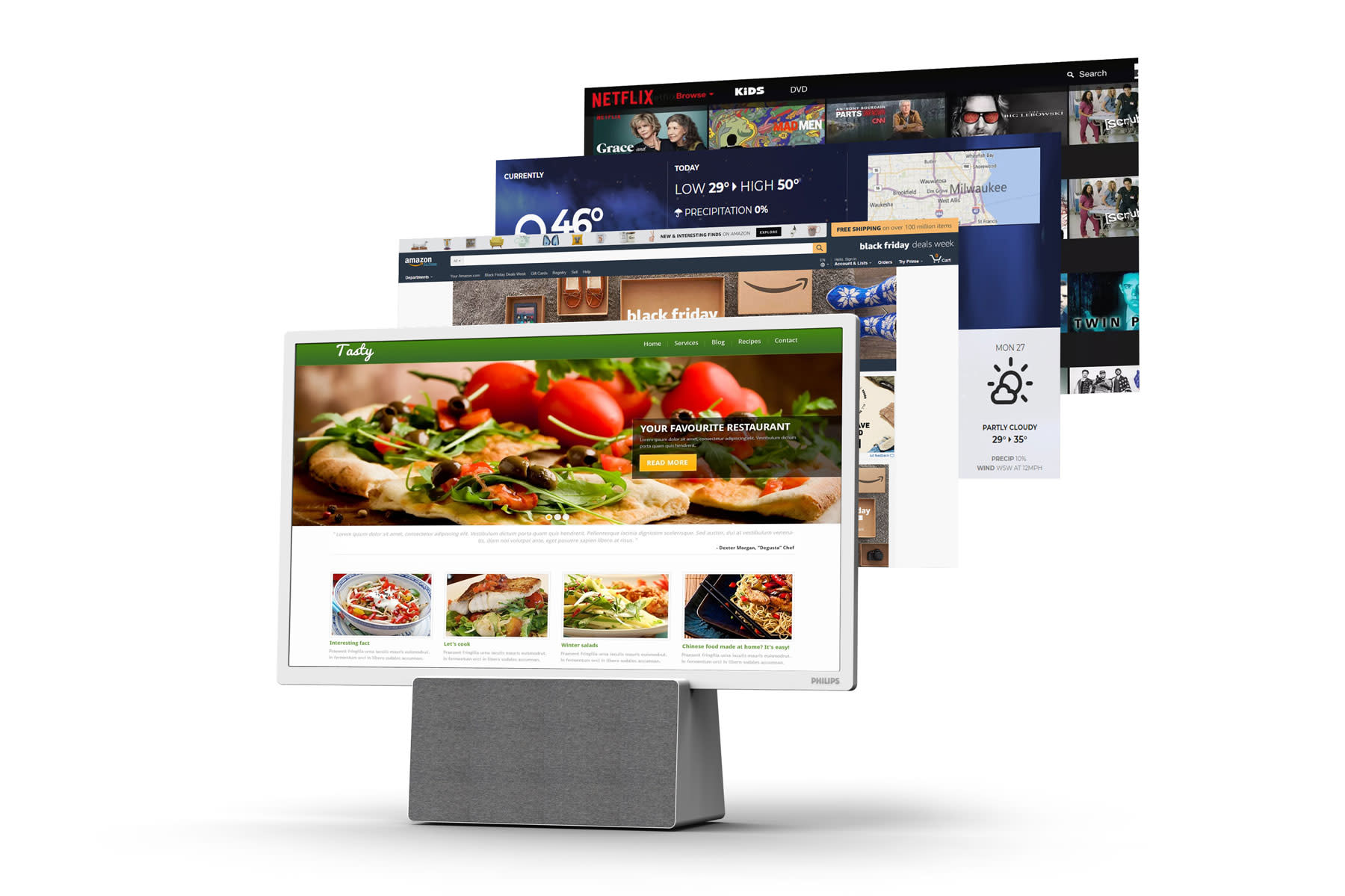 A voice assistant can't help you chop vegetables, but it can talk you through how to make your own produce look like it was sliced by a professional. It's one of the reasons that Philips has crammed Google Assistant into its new Android TV for kitchens, the 7703. The 24-inch Android TV comes on a large plinth that is also a 16-watt Bluetooth speaker to fill your kitchen with tunes. The unit also has Chromecast integration, letting you push content from a mobile device to the display with very little fuss.

The headline feature here is, of course, the Assistant, which will let you bark instructions at the display when you're otherwise engaged. Because the always-on microphone is built into the TV, you'll not have to even awkwardly cram your elbow on a remote to prompt the interface to begin working. Plus, when you're finished preparing the meal, you can ask the TV to fire up Netflix and let you watch Chef's Table to fuel that inferiority complex. Plus, there are two HDMI inputs for adding in a games console or set-top box, should you need one.

It's not the first device we've seen that's tried to blend smarts and screens for the kitchen, and we've seen plenty of other attempts. Like Sony and Archos' attempts to build tablets that are capable of being used by the cooking fraternity. Hopefully Philips' effort will have better luck, although we won't find out pricing and availability until the second half of the year.

In this article: 7703, av, CES, CES2018, gear, Google, GoogleAssistant, HDTV, KitchenTV, Philips, VoiceControl
All products recommended by Engadget are selected by our editorial team, independent of our parent company. Some of our stories include affiliate links. If you buy something through one of these links, we may earn an affiliate commission.