They're surprisingly attractive for the price.

Although CES 2018 has almost every electronics company in the world announcing new devices, most phone makers are saving their big reveals for the upcoming Mobile World Congress in February. It's no surprise, then, that Alcatel didn't have new devices ready to unveil. But the company did give us a preview of the low-cost handsets it plans to give more details about later this year. The new phones will not only use (parent company) TCL's screens with 18:9 aspect ratios and feature sleek designs but also use a simplified naming system. We saw prototypes of the Alcatel 1x, 3v and 5 -- which are potential models of the sub-$100, sub-$200 and sub-$300 series, respectively.

For a sub-$100 phone, the 1x felt surprisingly luxurious. It has a soft, almost sandpaper-like texture on its curved back, which makes it feel like an unfinished pebble. There was also a fingerprint sensor below the rear camera on our preview unit -- a nice amenity at the price. Beyond those two physical attributes, we don't know much more about the 1x.

The 3v looked a lot more generic, with a rounded rectangle shape and glossy back. It felt heftier than the 1x, in a good way, and the prototype we saw featured a dual rear camera and a fingerprint sensor. Again, there were no specs beyond the screen brand and aspect ratio, so we can't tell you how the phone is going to perform. 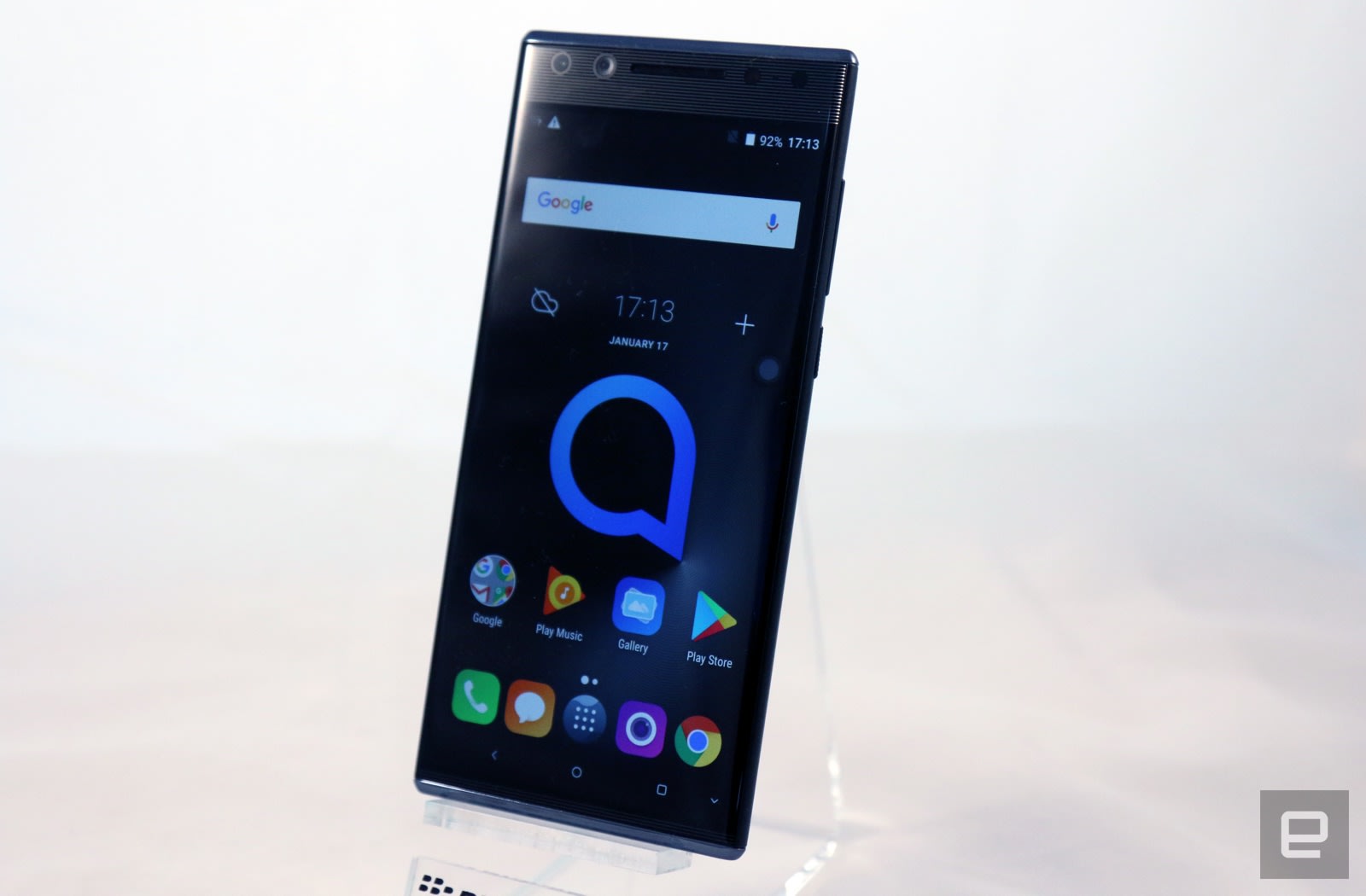 Finally, the Alcatel 5 is a rectangular phone very reminiscent of the Sharp Aquos phone, except that the Alcatel has a taller bezel up top and doesn't look quite as sharp. The handset we played with had a nice subtly ridged texture that helped it feel distinct from the sea of smooth glass and metal handsets in the market.

All three phones we saw were in black, but according to pictures Alcatel provided, the devices could also come in more attractive colors like blue and gold. Although there isn't much information to glean from our preview so far, it's nice to know that 18:9 phone screens are poised to become more prevalent, even at lower prices. Alcatel using its parent company's screens is also interesting as it could mean that TV tech could trickle down to low-cost smartphones sooner. We'll most likely learn more about whether the new Alcatel 1, 3 and 5 series will be worth your consideration at MWC later this year, but for now this is a promising first look.

All products recommended by Engadget are selected by our editorial team, independent of our parent company. Some of our stories include affiliate links. If you buy something through one of these links, we may earn an affiliate commission. All prices are correct at the time of publishing.
View All Comments
Alcatel's redesigned low-cost phones get 18:9 TCL screens
affordable
alcatel
alcatel1x
alcatel3v
alcatel5
BudgetPhone
ces2018
gadgetry
gadgets
gear
mobile
smartphone
tcl
tclcommunication