Huawei believes it has found the solution to two of the most common frustrations with WiFi routers -- blind spots and slower speeds at further distances. The company's new WiFi Q2 routers blend a conventional mesh system with power-line communication to extend coverage using your house's electrical wiring. Pricing and availability haven't been announced yet; confusingly, the "Q2" in the router's name does not refer to when it goes on sale -- but Huawei said the WiFi Q2 will launch globally.

In addition to using PLC, the WiFi Q2 will also default to 5GHz bands and feature a dedicated channel for IoT connections. The system will identify connected devices and assign them to the reserved band, so heavy-traffic devices like your laptop and phone won't have to fight with your smart speaker or lights.

According to Huawei, the WiFi Q2 will also be easy to use. Setting up the base router will require some configuration after plugging in, but you should be able to place your satellites wherever you wish without having to check on an app whether you are within range to drop your extender. The company is calling this a "real plug-and-play" solution. Since we haven't tested this, we can't tell if it will work, but it sounds like a nice convenience if effective.

The WiFi Q2 mesh system can support up to 16 hot spots, and Huawei said that switching between satellite takes less than 100 milliseconds, so you shouldn't notice a drop off in your connection even as you roam your large estate. You should also expect gigabit speeds (depending on your service), thanks to the 1,867Mbps backhaul. The PLC will support up to 1 Gbps speeds. 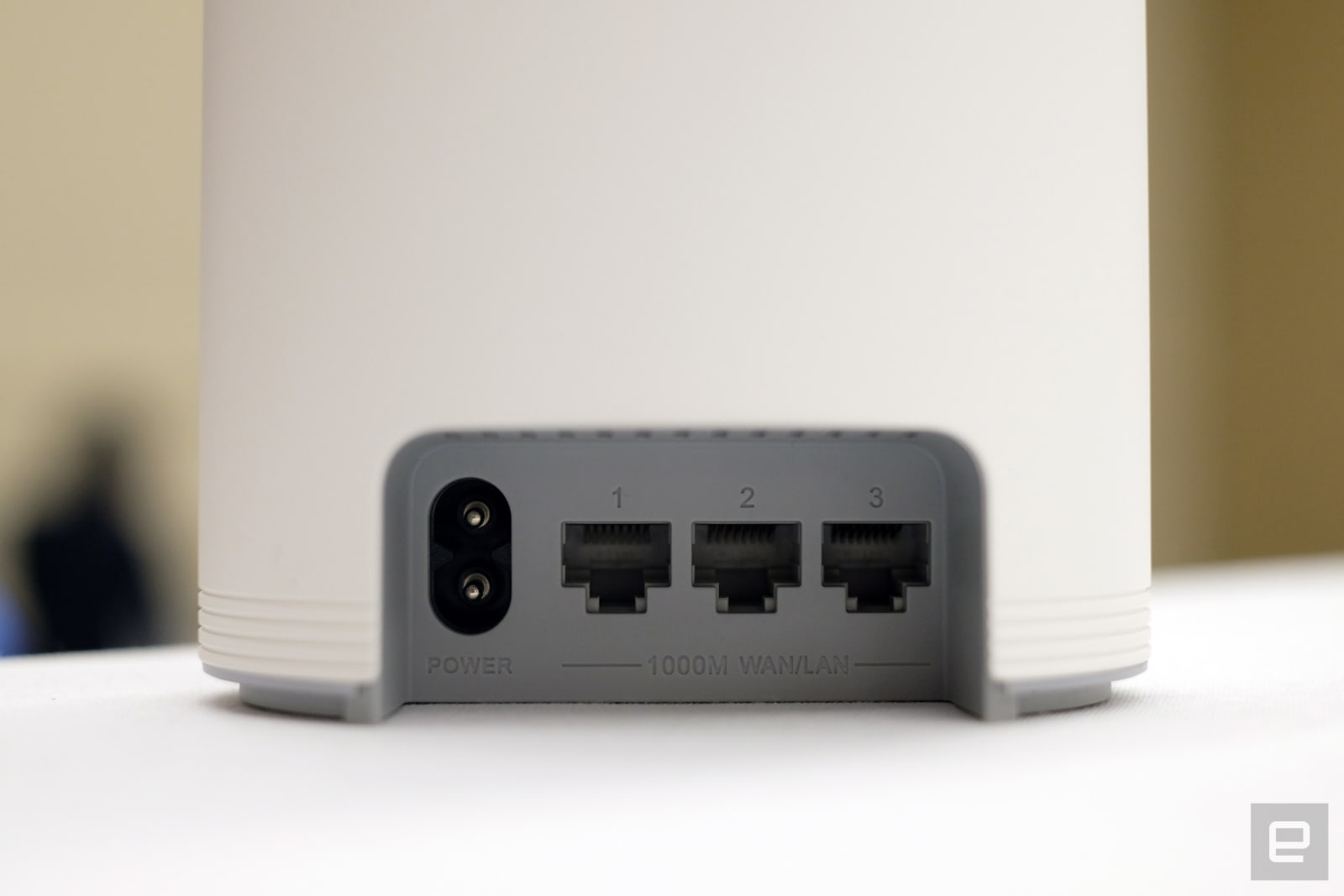 When it does launch, the WiFi Q2 will be available in three bundles -- a premium set with three AC1200 modules that have hybrid functionality, a regular three-pack with AC1200 modules that aren't hybrid, as well as a basic kit with just one base and one satellite (both AC1200) unit.

We've seen some curious new routers show up here at CES 2018, with ASUS's AiMesh system that creates a mesh network with routers you already own, the Lyra Voice Alexa speaker-router combo as well as something that looks like a wonky iron. Routers and networking aren't usually exciting categories, but this year, it sure seems like companies are trying to spice things up a little. Let's just hope that this leads to actually better WiFi in our homes soon.