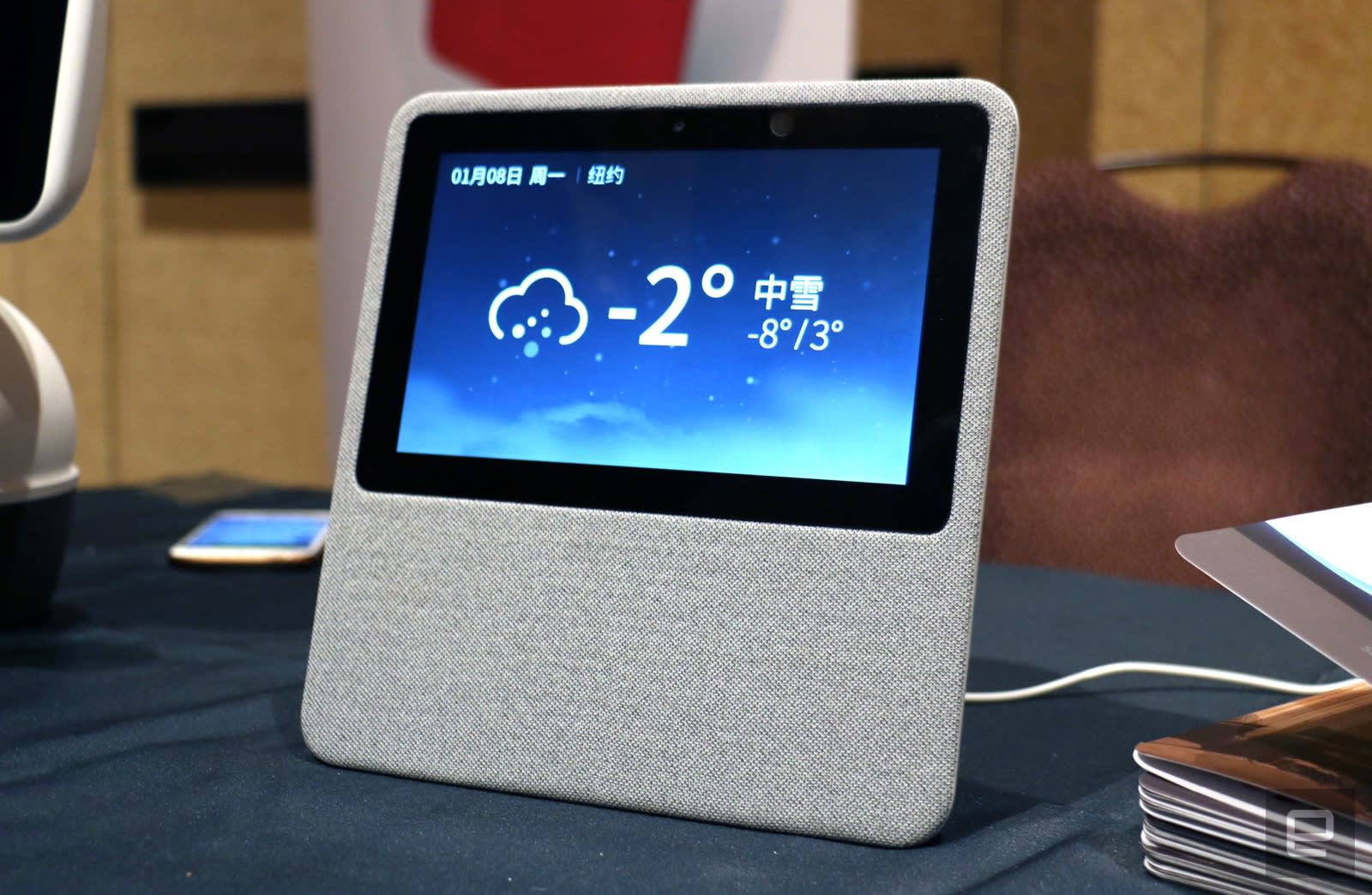 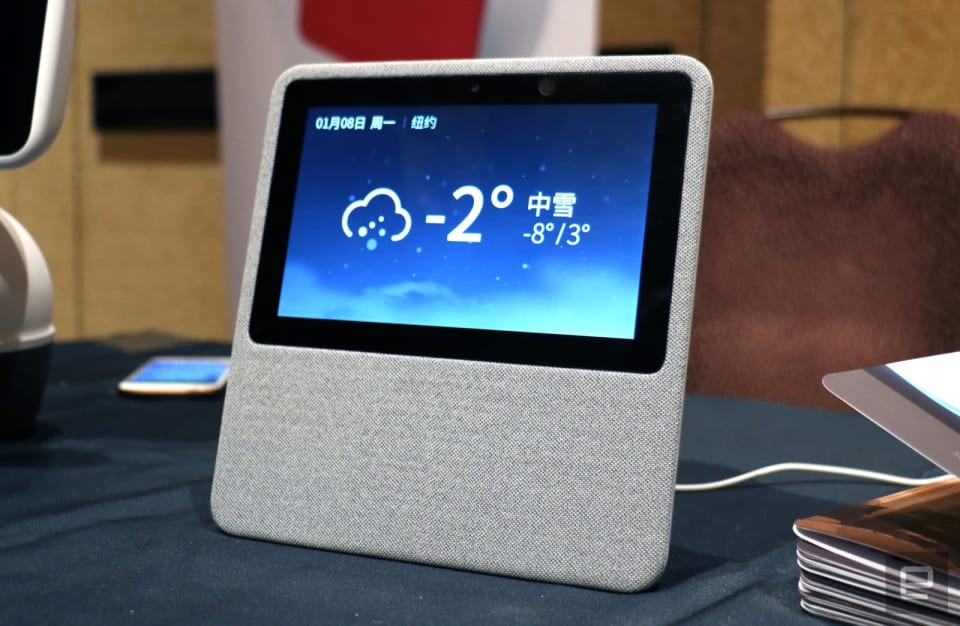 It might not have the star power of Alexa or Google Assistant, but DuerOS, Chinese web giant Baidu's AI platform, continues to pick up steam in its native country. It seems like Baidu is trying to curry favor with a more international audience, too — it's here at CES to show off smart speakers that almost certainly won't wind up in the United States. The most sensible of the models on display was a cutesy, fabric-covered Echo Show lookalike called the Little Fish VSI, which wins our Best of CES 2018 award for Cutest, Least Descriptive Product Name.

We're being glib, but the Little Fish VS1 is actually quite a pleasure to play with. Naturally, DuerOS resisted all my attempts to talk to in English, but my colleague was able to check out the (depressing) weather in New York by asking in Mandarin. More importantly, a camera wedged into the bezel above the top of the screen is able to recognize individual users and tailor the way it responds to people. We haven't used the VS1 long enough to get it to recognize us, but even if it did, most of us wouldn't be able to understand it anyway. As you'd expect from what amounts to a Chinese Echo Show or Smart Display, though, the VS1 has deep ties to services like Baidu search (duh) and the iQiyi steaming video platform.

Normally, we might not spend so much time playing with a distinctly foreign smart speaker. The thing is, Baidu likes to hint that its AI ambitions won't be limited to China. Baidu hasn't cooked up a concrete plan to bring its DuerOS to the US, but when asked, a representative indicated it was a possibility. Comments made to Wired also point to a potential international push (though one that doesn't involve the US). Localizing a voice assistant with roots in another language is no small feat, but Baidu isn't necessarily shying away from the work — it just has other priorities right now.

In this article: ai, baidu, ces2018, dueros, gadgetry, gadgets, gear, littlefish, littlefishvs1
All products recommended by Engadget are selected by our editorial team, independent of our parent company. Some of our stories include affiliate links. If you buy something through one of these links, we may earn an affiliate commission.