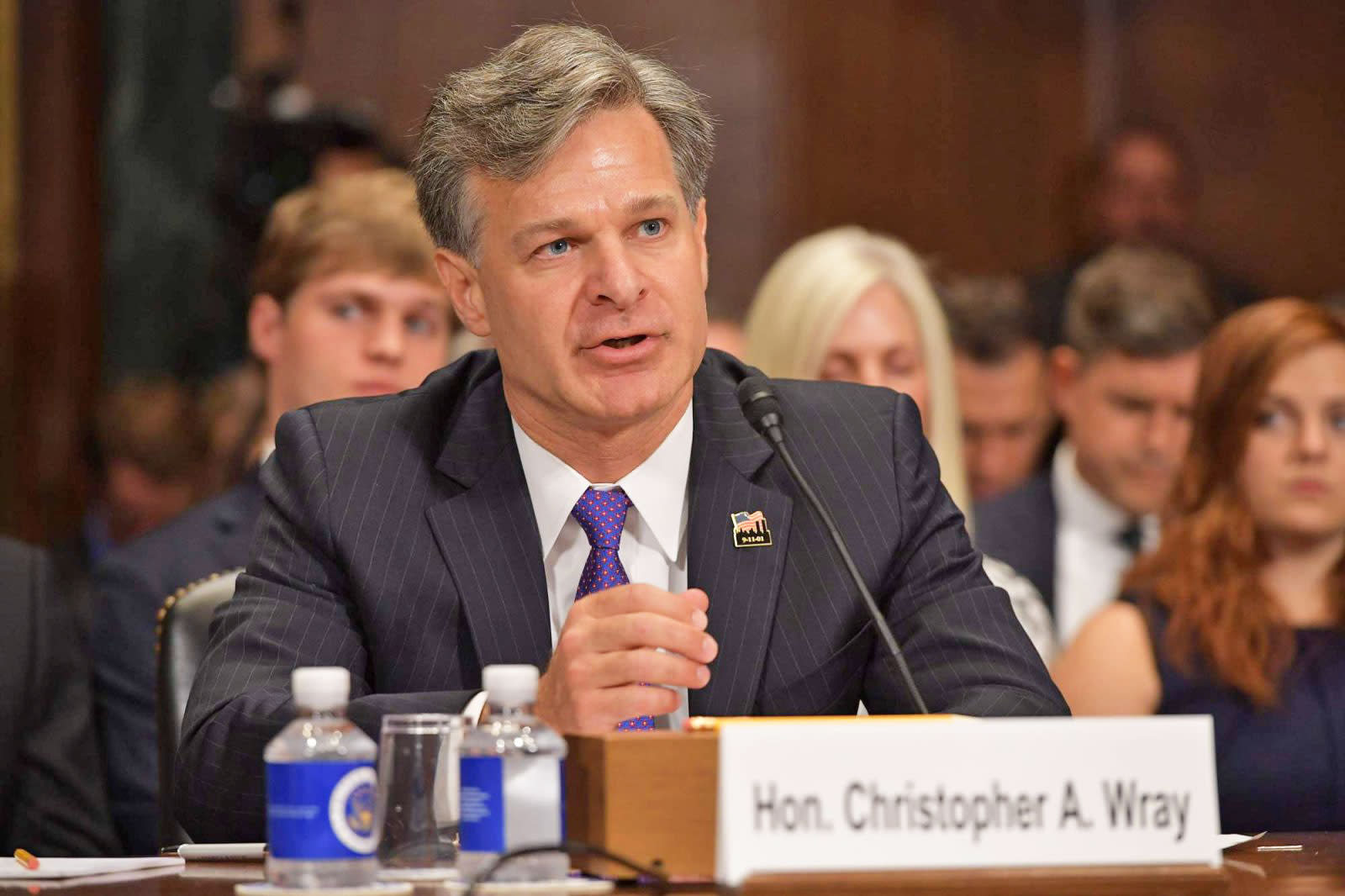 The FBI's stance on phone encryption hasn't changed even if the President fired former director James Comey. At a cybersecurity conference in New York, current chief Christopher Wray has reiterated that the agency failed to access the content inside 7,775 devices within the fiscal year that ended on September 30th, 2017 despite having the proper warrants. That's over half the number of devices the FBI tried to crack open within that period, making encryption, according to Wray, a "major public safety issue."

Wray urged the private sector to work with the government in finding "a way forward quickly," insisting that the FBI isn't interested in peeking into ordinary citizens' devices. The bureau just wants access to the ones owned by suspects. That pretty much echoes Comey's position during his time -- if you'll recall the FBI asked tech titans to create a backdoor into their software and phones in order to give authorities a way to open them during investigations. Apple chief Tim Cook said the request had "chilling" and "dangerous" implications, warning that companies wouldn't be able to control how that backdoor is used.

Wray told the audience at the event that authorities face an increasing number of cases that rely on electronic evidence. He doesn't buy companies claims that it's impossible to find a way for encryption to be more law enforcement-friendly, so to speak. Not that the FBI can't do anything if it absolutely has to: when Apple refused to cooperate with authorities to unlock the San Bernardino shooter's iPhone, the agency paid a third party almost a million to get the job done.

In this article: backdoor, christopherwray, encryption, fbi, gear, mobile, security
All products recommended by Engadget are selected by our editorial team, independent of our parent company. Some of our stories include affiliate links. If you buy something through one of these links, we may earn an affiliate commission.