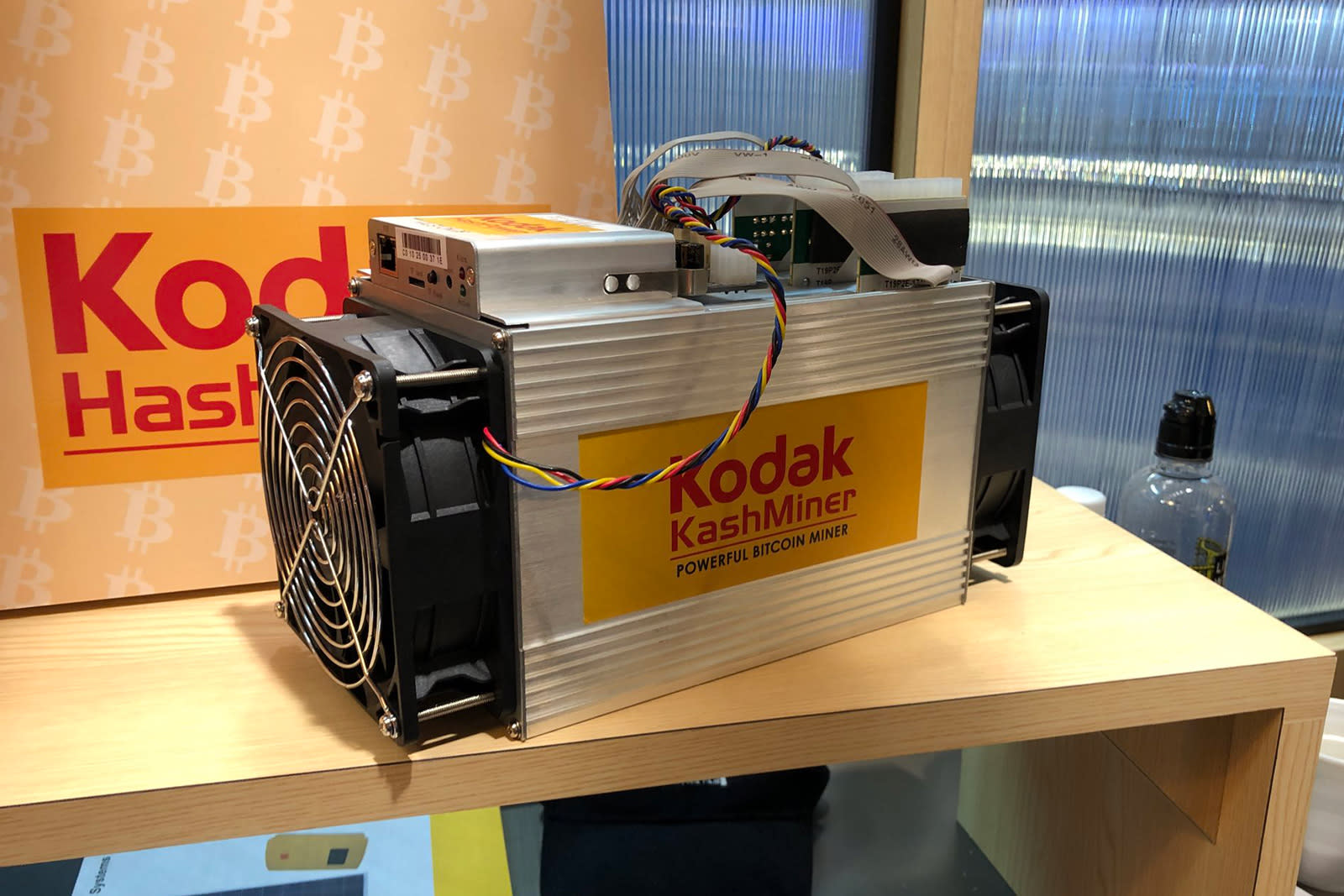 Kodak's attempt to ride the cryptocurrency wave isn't limited to offering its own virtual coins. CES attendees have learned that Kodak has attached its name to a Spotlite-run bitcoin-mining business that will lease you a Kodak KashMiner computer for a two-year contract. It'll cost you $3,400 plus half of the value the machines earn, but Spotlite argues that it's effectively a license to print money. If you believe the company's math, you'd be paid $375 per month if bitcoin maintains an average price of $14,000. However, there's just one problem: The math ignores the very nature of how bitcoin works.

Bitcoin becomes progressively more difficult to mine over time, reducing the amount of coins a computer can generate without upgrades. Kodak and Spotlite, however, pretend this mounting difficulty doesn't exist: They incorrectly assume that you'll generate the same amounts forever. Economics Professor Saifedean Ammous noted to BuzzFeed that the price would actually need to hover around $28,000 to offset the increased challenge -- in other words, you're unlikely to come anywhere close to the promised earnings.

Kodak has so far declined to comment on the calculations behind the claims. However, the dodgy math casts doubt on not only the bitcoin-mining strategy but also its own KodakCoin currency, launching later in January. The two launches suggest that Kodak is treating cryptocurrency as a short-term revenue boost to shore up its struggling finances rather than a sustainable, trustworthy business. And that's a big problem for both investors and KashMiner customers, as they may be expecting returns that might never materialize.

In this article: bitcoin, bitcoinmining, ces2018, cryptocurrency, gear, internet, kashminer, kodak, mining, personal computing, personalcomputing, spotlite
All products recommended by Engadget are selected by our editorial team, independent of our parent company. Some of our stories include affiliate links. If you buy something through one of these links, we may earn an affiliate commission.