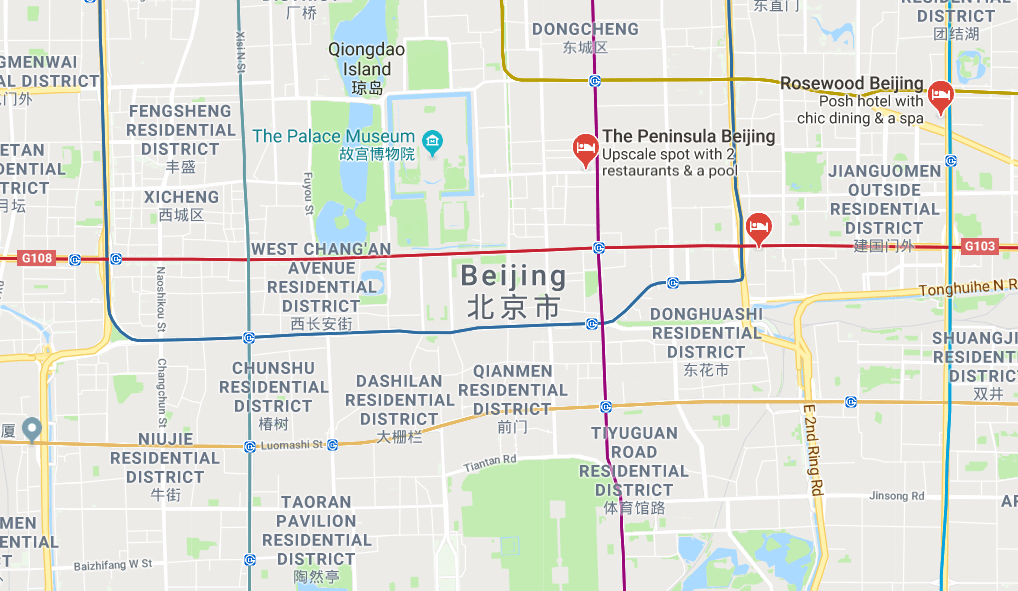 Google's presence in China has increased marginally in recent times, but those excited about a rumoured optimized version of Maps for the country will be disappointed to learn the claims are untrue. Earlier this week Japan news site Nikkei reported that Google had launched a China-specific version of Maps for the first time in eight years, along with an accompanying app for Chinese iPhones, but Google quickly shot this down. "There have been no changes to Google Maps in China. Maps has been accessible on desktop for years, but does not have an official presence in Android or iOS app stores in China," a spokesperson said.

The full Google Maps app was withdrawn from the Chinese market in 2010, after the company refused to self-censor its search results. It's maintained a limited presence in the country since, although there have been signs of softening attitudes lately. The Google Translate app was made available in the country last year, and a Go tournament was held in eastern China. More recently, Google announced its plans to set up an AI research center in Beijing. So while an incoming Maps app would be a significant step, at this juncture it wouldn't be entirely unbelievable.

In this article: app, China, google, iPhone, Maps, Nikkei, politics, services, TL18GLCH
All products recommended by Engadget are selected by our editorial team, independent of our parent company. Some of our stories include affiliate links. If you buy something through one of these links, we may earn an affiliate commission.