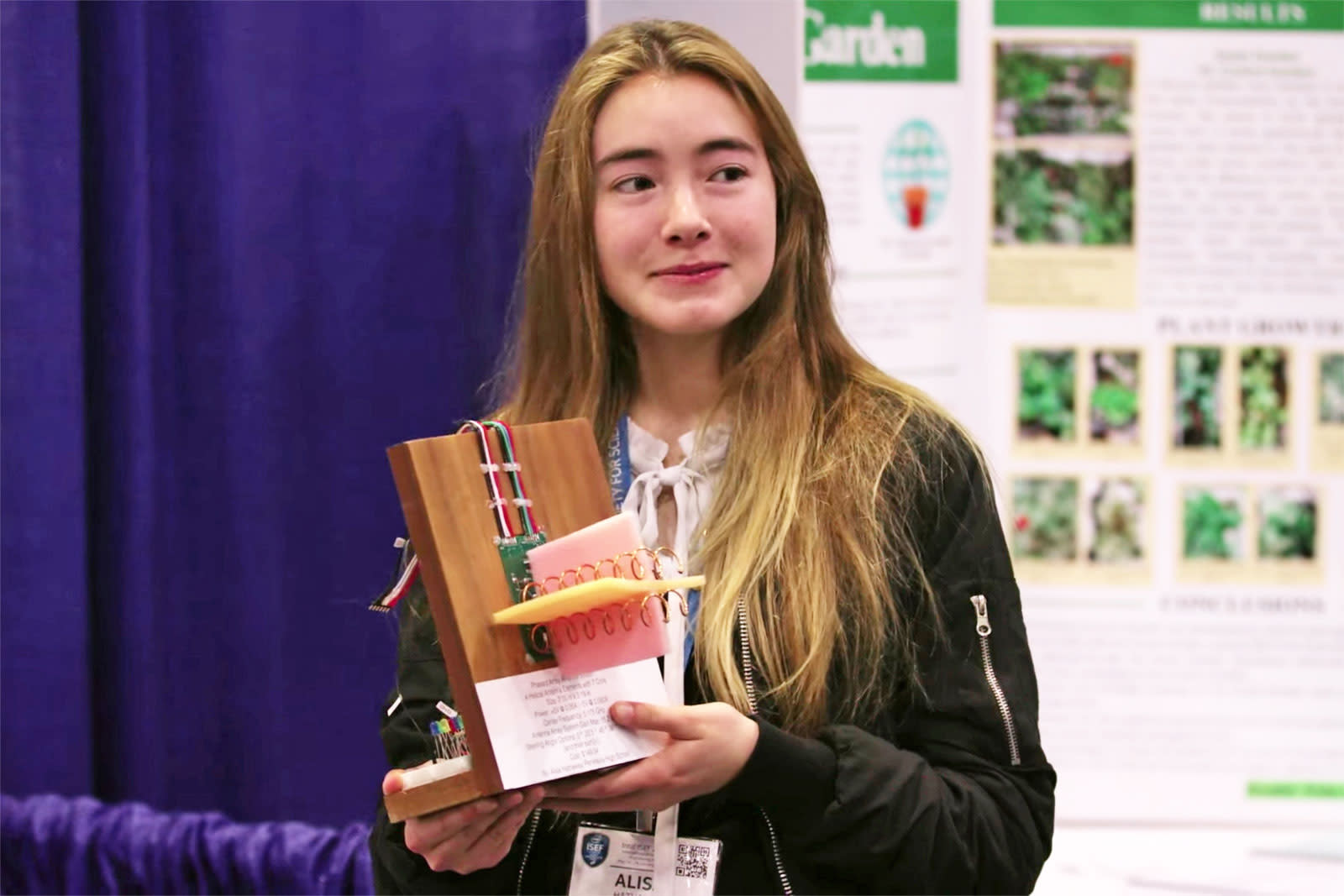 Intel's science fairs are pressure cookers: imagine pitting some of the world's brightest students against each other while they're already grappling with teenage anxiety. And now, there's a documentary that illustrates just how rough it can be. Muck Media has released the first trailer for Science Fair, a doc that follows nine high schoolers as they strive for glory at Intel's International Science and Engineering Fair. The students aren't just worrying about their technical accomplishments, although those are notable by themselves (such as calculator that generates Shakespearean insults) -- they also have to deal with their confidence, socio-economic hardships, rivalries and raging hormones.

The feature comes from Cristina Costantini and Darren Foster, veteran documentary producers who've worked together on projects like The Naked Truth: Death by Fentanyl.

The documentary premieres at the Sundance Film Festival, which starts today (January 18th). There's no word on a release date or distribution, although that likely hinges on its critical reception. If it's enough of a hit and becomes widely available, it could easily be worth watching. Most people have little experience with science fairs beyond the one in their school gym. This might provide greater appreciation of what the competitors go through, and might inspire teens who hadn't considered entering before.

In this article: av, documentary, entertainment, intel, isef, movie, movies, science, sciencefair, sundance, sundance2018, video
All products recommended by Engadget are selected by our editorial team, independent of our parent company. Some of our stories include affiliate links. If you buy something through one of these links, we may earn an affiliate commission.