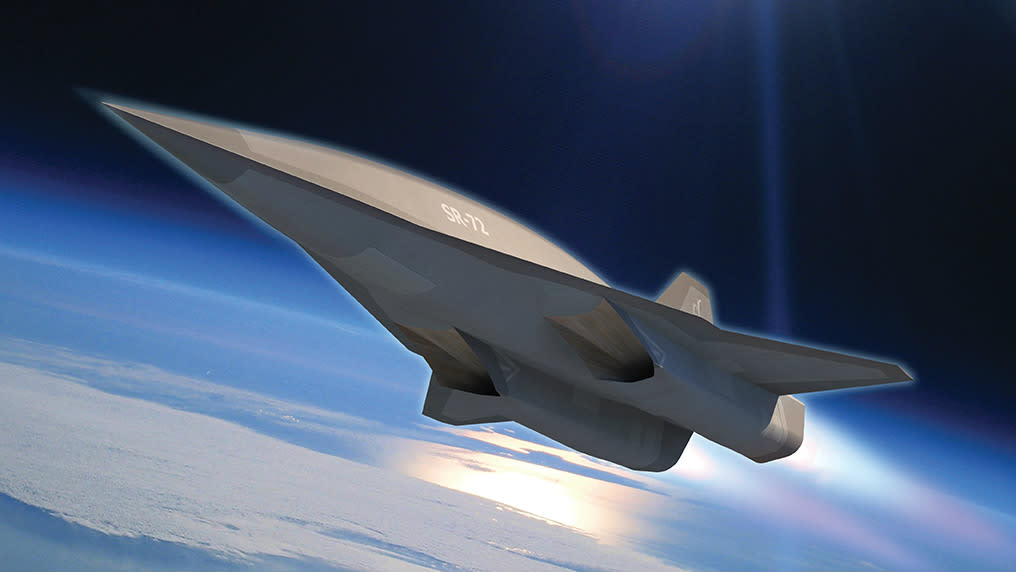 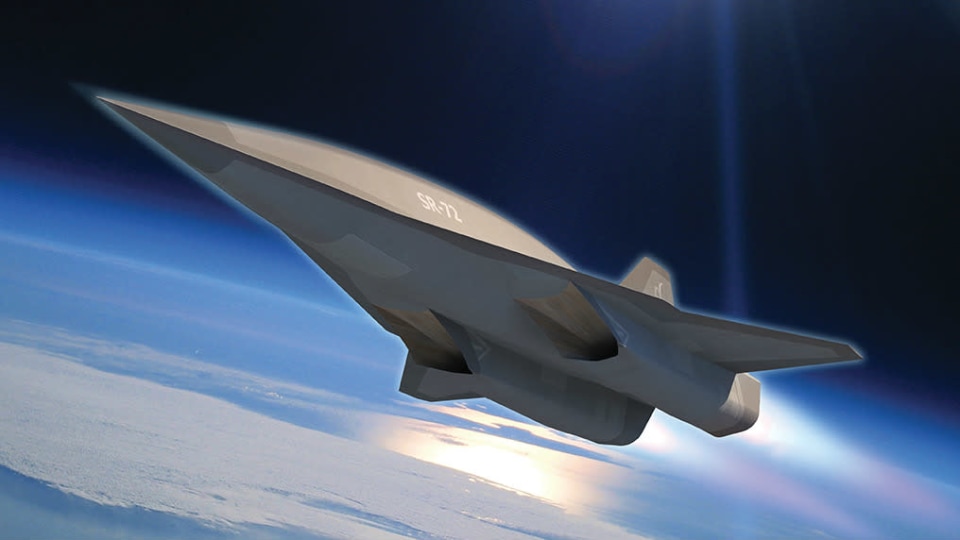 The Lockheed Martin SR-71 Blackbird is one of the most recognizable aircraft designs in history. Few other planes have captured the public's attention and imagination in quite the same way as the SR-71 has since it was declassified in 1990 (nearly 30 years after it entered service). And though we're now two decades on from the Blackbird's retirement, America's need for supersonic, high-altitude surveillance has not diminished.

That's why Lockheed's secretive Skunk Works team has been developing the SR-72, dubbed "Son of Blackbird", since at least 2007. This next generation spy plane will reportedly exceed its predecessor in nearly every way. Rumored to be powered by an air-breathing scramjet engine, the SR-72 will conceivably be capable of topping Mach 6 (4,000MPH), granting the hypersonic aircraft an ability to streak through enemy air defenses before anyone knows it's even there. But drafting a design proposal and building an unmanned airplane capable of breaking the sound barrier six times over are two entirely different animals. That's partly why the SR-72 isn't expected to enter the prototype phase until around 2030 (though Lockheed vice president Jack O'Banion recently hinted that it already has).

Even though the US Air Force has been toying with the technology since the 1960s, hypersonic aircraft and the scramjets that propel them, remain on the bleeding edge of aerospace engineering. This is due in part to the sheer difficulty in developing them, Dr. Bobby Braun, Dean of Engineering and Applied Science at University of Colorado Boulder, told Engadget.

"When it comes to a hypersonic system that's going to carry a significant payload, there are a number of technical challenges," he explained. "In fact, it's the integration of what is generally three different domains -- aerothermodynamics, structures and propulsion -- that make developing a hypersonic vehicle such a challenge."

Hypersonic vehicles have to maintain their shape to get the right aerodynamic characteristics, Braun explained, which is harder than it sounds when the aircraft's surface is heated to thousands of degrees Fahrenheit due to air friction.

Braun also points out that propulsion is an equally daunting challenge, noting that aircraft designed for subsonic flight (a Boeing 737, for example) have very different propulsion needs than supersonic fighter jets and hypersonic spy planes.

"These systems, they're all designed to fly optimally in their domain of interest," Braun said. However, the hypersonic vehicle has to be able to fly at all three speeds. "That means that you're either making compromises for the vehicle to fly sub-sonically and supersonically, which hurts its performance, or you're modifying the propulsion system... to transition between supersonic and hypersonic flight, like scramjet."

Actually building and testing such an aviation system poses an entirely different set of challenges. "A hypersonic system is going to be relatively costly to build and operate," Braun said. "It's going to be relatively unforgiving to mistakes. 'Cause anytime you are going that fast, a small discrepancy propagates very quickly." As a UAV, the SR-72's lack of onboard humans ameliorates some of that danger, but does not eliminate the risk of crashing altogether. "There would be some risk associated with it. But in that sense, it's not unlike any other aerospace system," Braun concluded. "There's always risk."

And that's where the computer modeling comes in. "Computer modeling is incredibly important for this type of work," Braun said. "A hypersonic vehicle is going to fly at high altitudes at high speed, and when it does so, it's going to encounter a different set of conditions that you would if you just took the air at sea level and accelerated that to the same speed."

Simulating those conditions digitally is currently the most feasible means of testing hypersonic designs and far more cost-effective than building prototypes and hoping they don't explode during their tests. "Our computer models have gotten quite sophisticated and quite capable," Braun continued, "We can design and optimize the complete system in the computer before building it."

While the US Air Force will be the initial beneficiary of Skunk Works' efforts, Braun expects the technology to quickly trickle down to civilian applications. Imagine being able to jet from where you are right now to any other place on the planet within 90 minutes. That's the promise hypersonic travel offers.

"Hypersonic is not just about making a cool-looking vehicle and putting some payload on it and transporting that payload somewhere quick," Braun said. "Hypersonic, to me, is a much larger domain that affects everything from military supply and reconnaissance to rapid delivery of payloads from one point to another, to access to space, or return from space."

In this article: aerospace, Blackbird, hypersonic, LockheedMartin, security, space, SR-71, SR-72, tomorrow, transportation, uav, USAF
All products recommended by Engadget are selected by our editorial team, independent of our parent company. Some of our stories include affiliate links. If you buy something through one of these links, we may earn an affiliate commission.