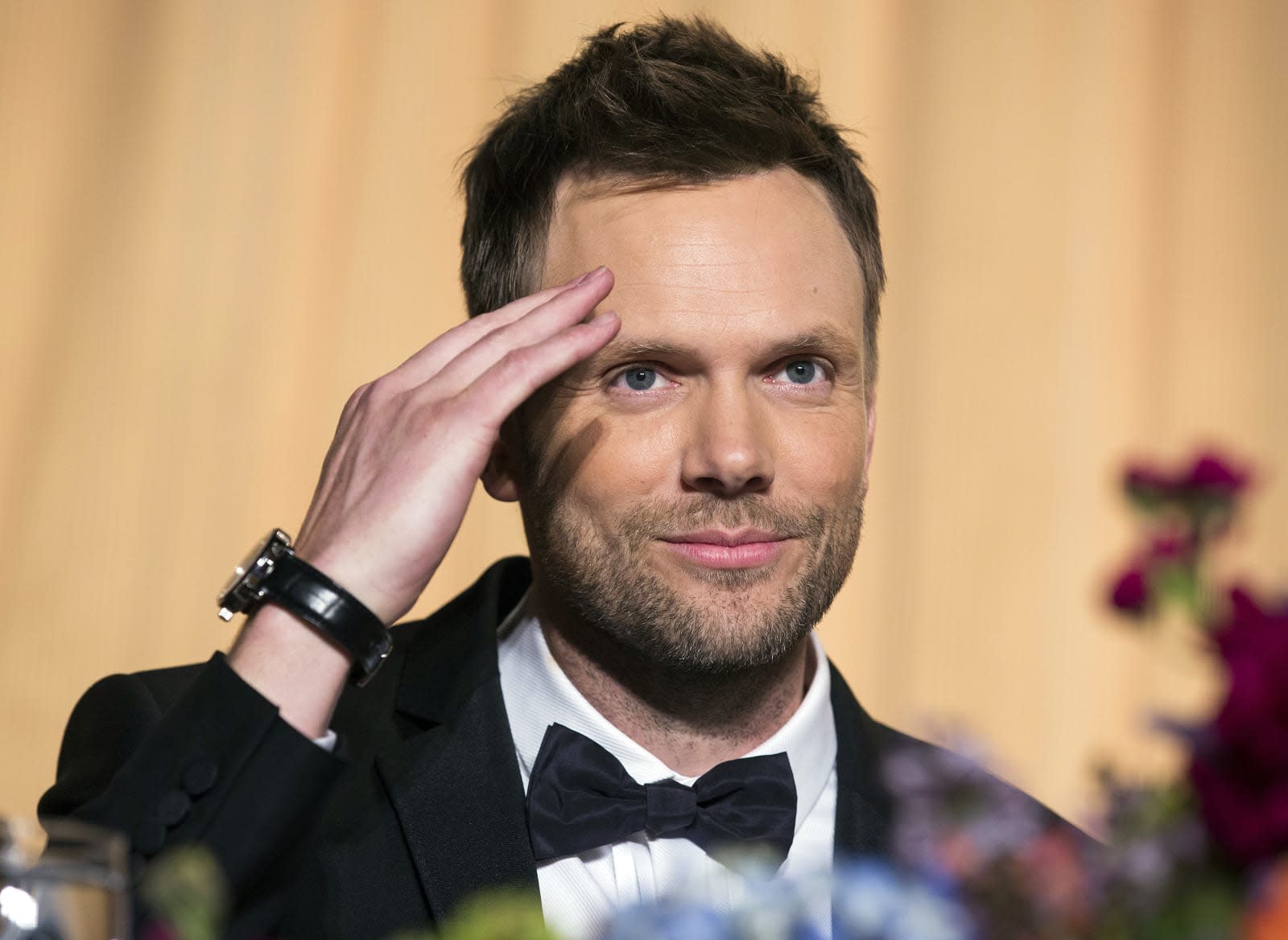 Hey @Netflix: I think you misunderstood when I demanded "a lot of green" for my new show. #JoelMcHaleShow pic.twitter.com/SICdubeL1m

In fact, Netflix's other star-hosted shows are similarly patterned after the programs that got them famous: Letterman interviewed President Obama on his show's first episode with a list of high-profile celebrities to follow, while Chelsea Handler helmed her own talk show for two seasons.

Like The Soup, which McHale hosted from 2004 to 2015, his new show will feature him talking in front of a green screen to preserve the lo-fi feel. Heck, Netflix even brought The Soup executive producer K.P. Anderson on to The Joel McHale Show Starring Joel McHale, so the new show will likely carry over a lot of the old (and also benefit from producer Paul Feig, the guy behind Freaks and Geeks, Bridesmaids and the new Ghostbusters). McHale's program will start airing on Netflix on February 18th, with a new half-hour show arriving every week.

In this article: av, entertainment, netflix, streaming, StreamingVideo, TheSoup
All products recommended by Engadget are selected by our editorial team, independent of our parent company. Some of our stories include affiliate links. If you buy something through one of these links, we may earn an affiliate commission.