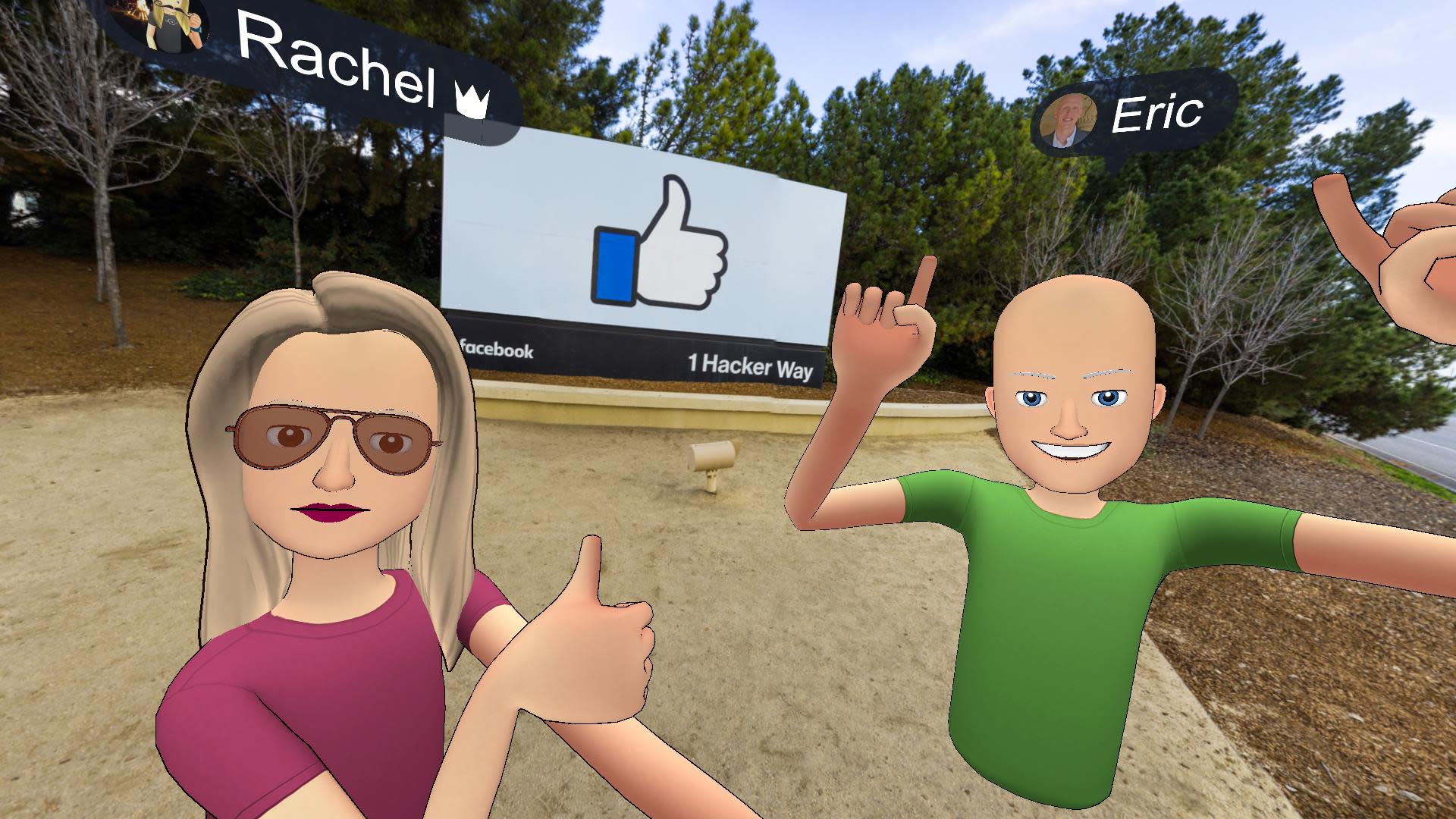 "Eric is a pioneer in the social VR space who shares our vision of building virtual reality with people at the center," said Rachel Rubin Franklin, Facebook's head of social VR, in a post. "He's spent years building virtual communities to bring people together around common interests and compelling content."

"With lots to tackle in 2018, I'm thrilled to have Eric on board," she continued.

Years before Facebook Spaces, AltSpaceVR was one of the pioneers in the social VR space. Described as Second Life in VR, AltSpaceVR held many media events in recent years, such as partnering with NBC to air the presidential debates in VR and hosting virtual comedy shows from Reggie Watts and Paul Scheer. Still, despite all of the media attention, AltSpaceVR was close to shutting its doors last year. That is, until Microsoft picked the company up, rescuing it from dire financial straits.

"We wish Eric success in his new role," said Microsoft in a statement. "We're grateful for his work pioneering social VR and creating the vibrant community AltSpaceVR is today."

"As I look back at my journey with AltspaceVR, I couldn't be prouder of what we accomplished," said Romo in a Facebook post. "We built one of the first and most vibrant places to meet in VR — starting before the first consumer headsets even shipped! But it's really the community of passionate people that has grown around AltspaceVR that amazes me most, and continues to confirm my belief that being together with others in VR will revolutionize the way we connect with each other."

"It wasn't an easy decision," he continued, "but I left AltspaceVR with confidence that the team is well-placed to continue pushing forward the promise of virtual communication as part of the Microsoft mixed reality ecosystem. I can't wait to see what they'll do next, and wish them all the best."

"I've been inspired by Facebook's commitment to VR and I'm motivated by how much there is yet to do," said Romo.

In this article: altspacevr, facebook, gear, internet, microsoft, socialvr
All products recommended by Engadget are selected by our editorial team, independent of our parent company. Some of our stories include affiliate links. If you buy something through one of these links, we may earn an affiliate commission.