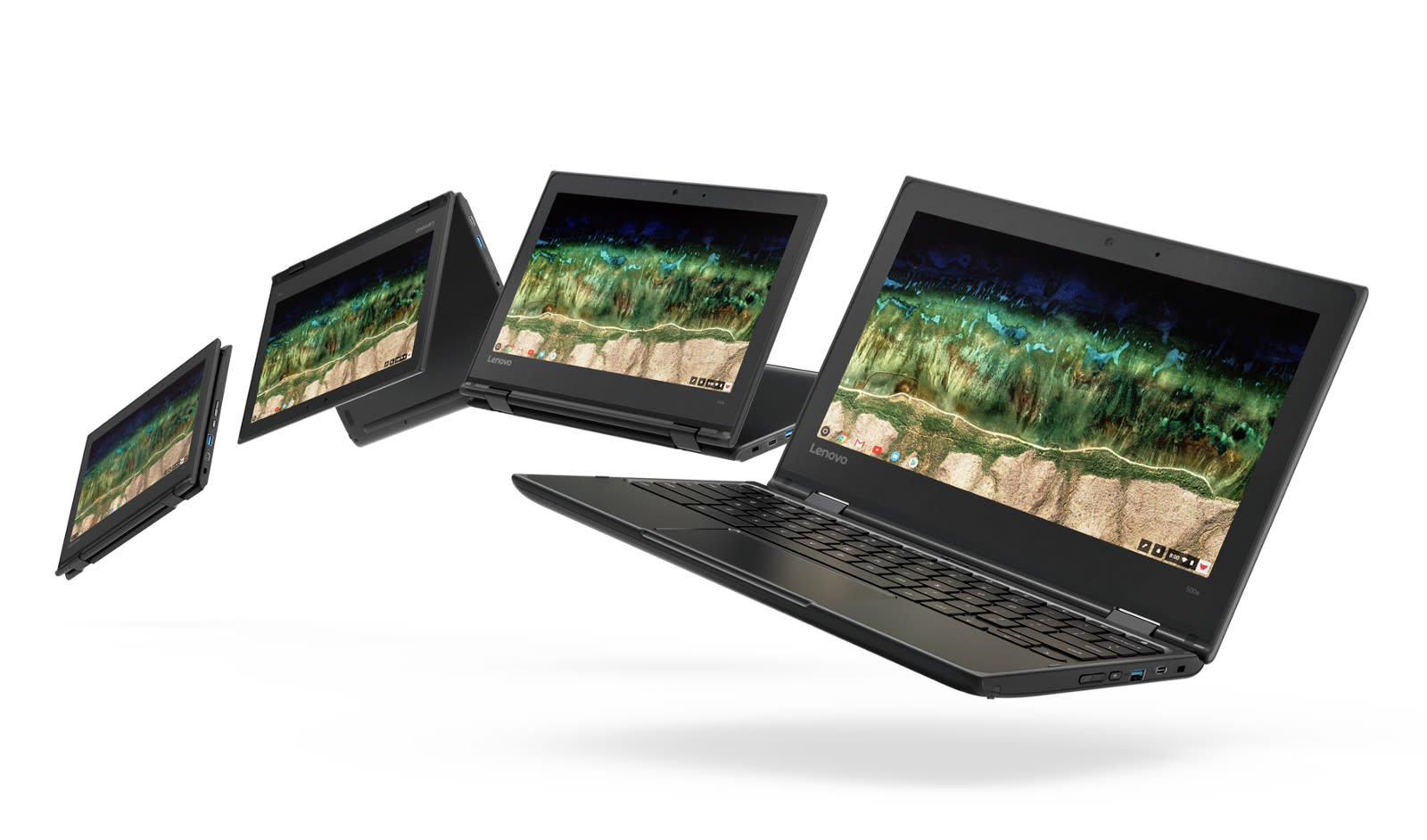 Lenovo has launched a handful of new laptops designed for classrooms, including three new Chromebooks. The new devices were designed to be tough enough to survive students' rough handling and have rubber bumpers, reinforced hinges and mechanically anchored keyboards. Google has also subjected them to drop tests, and they include support for Google's Classroom and G Suite for Education. Lenovo 500e (pictured above) is a convertible Chromebook that comes with a pressure sensitive pen stored in a built-in compartment. It has a 5-megapixel world-facing camera, so kids can take pics of the board, their experiments and activities. The convertible is powered by an Intel Celeron processor, has an 8GB RAM, a 64GB storage and an 11.6-inch HD touchscreen display.

The 300e, which is available as a Chromebook or as a Windows 10 device, is also laptop-tablet hybrid. 300e for Windows has pen support, but it doesn't come with its own stylus like the 500e. Its Windows version is powered by Intel Apollo Lake and has an 8-hour battery life, while the Chromebook version is powered by a MediaTek MTK 8173C processor and can run for 10 hours. Finally, there's the most basic model among the three Chromebooks: the 100e, which is also available as a Windows machine. It's purely a laptop that runs on Intel Celeron and has an 11.6-inch display.

In this article: chromebook, chromeos, gear, google, lenovo, personal computing, personalcomputing
All products recommended by Engadget are selected by our editorial team, independent of our parent company. Some of our stories include affiliate links. If you buy something through one of these links, we may earn an affiliate commission.