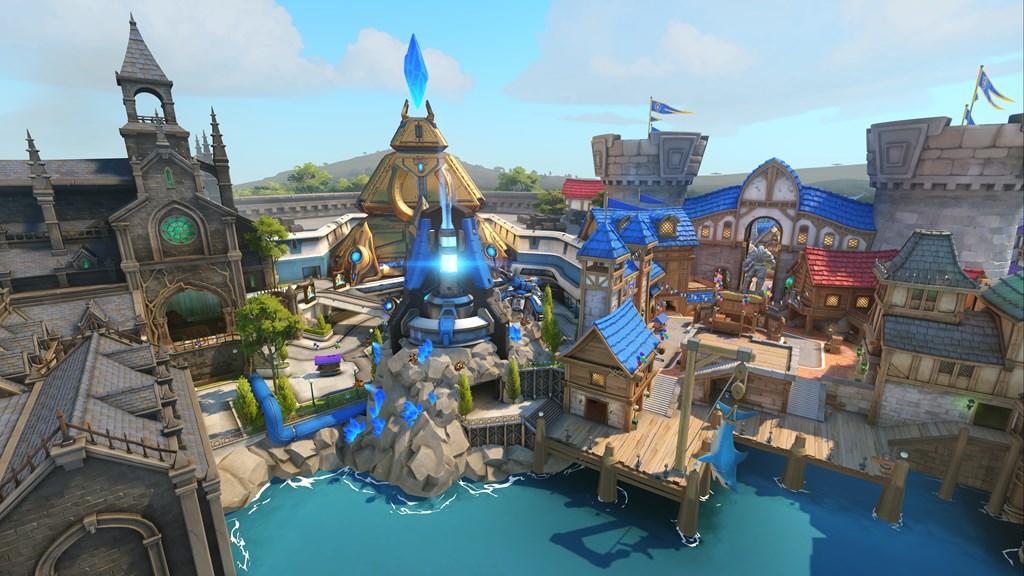 Back at Blizzcon 2017, Blizzard's big announcement for its hero shooter Overwatch was a new character Moira -- at long last, another healer for the lineup. But equally exciting was the reveal of a new upcoming map: Blizzard World, a Disneyland-esque theme park jam-packed with references to the studio's stable of games. Today, that map goes live -- along with a slew of new skins and other extras.

New adventures are waiting for you!

The map is a hybrid type that starts as point capture and switches to escort, much like Numbani. Otherwise, Blizzard World is a visual delight, creating rides and zones patterned after particular locations and events (like boss battles or raids) from Blizzard's roster of games. Plus a few great puns (like Snaxxramus and The Lost and Found Vikings).

But it's also a not-so-subtle homage to Disney's parks: Sleeping Beauty's Castle, the centerpiece of Disneyland and Disneyworld, is replaced by WarCraft's Stormwind Keep, while the lake with Darkmoon Ferris Wheel clearly resembles the waterfront section of Disney's California Adventure. Heck, all the attraction posters around the map imitate the modern 50s-era look of those that still line Disney's parks.

There's more than just a map in this update. Players get 100 new cosmetic items to find in loot boxes. 17 of those are new skins: Some are homages themselves to characters in other Blizzard games, like Barbarian Zarya or Nova Widowmaker, while others are from Overwatch short animations, like Crusader Reinhardt or Ecopoint: Antarctica Mei. The other 83 are standard loot box fare, from emotes to highlight intros to sprays. Note that these are additions to the core cosmetics pool, meaning they aren't event-bound and can be earned year-round.

In this article: av, blizzard, BlizzardEntertainment, gaming, map, overwatch
All products recommended by Engadget are selected by our editorial team, independent of our parent company. Some of our stories include affiliate links. If you buy something through one of these links, we may earn an affiliate commission.