IBM is sending Watson to the Grammys

After winning Jeopardy and designing cancer-treatment plans, IBM Watson is now strutting off to the red carpet of the 60th Annual Grammy Awards. The tech giant's versatile AI system will be curating and distributing award-show content and images of everyone's favorite music stars in real time, straight from the red carpet to people's social media feeds.

IBM and the Recording Academy announced their partnership to use the Watson Media suite at the Grammys today. Want to quickly see who has the coolest looks on the red carpet? Want to gain AI-generated insights into the "emotional tone" of songs by this year's nominees? Watson's got you covered.

Behind the scenes, Watson's AI will be used to help streamline the academy's digital workflow. In the past, the Grammys relied on third-party photography services to aggregate and distribute images from the five-and-a-half-hour red carpet pre-show. This process is cumbersome and much too slow in a social-media-fueled era of instant gratification. But with thousands of photos taken at the red carpet each year, manually sorting, tagging and tweeting is pretty much a nonstarter. So Watson is stepping in to make the Recording Academy's life much easier.

"At the end of the day, it really boils down -- especially on Grammy Sunday -- to making sure the fan experience is as deep and as engaging as it possibly can be," Evan Greene, the Recording Academy's chief marketing officer, told Engadget.

Greene added that the academy's partnership with IBM offers an opportunity to use Watson's ever-expanding platform of services to synthesize all the information coming out of the red carpet in a digestible way. It's just the latest example of IBM using Watson to enhance fan experiences for major live events. For instance, Watson's capabilities were used to generate tennis highlight videos at the US Open last year.

For Grammy night, IBM created a system that ingests red carpet images from Getty and analyzes them in real time to identify the people in the photos, the colors of the outfits being worn and the people's emotions. This information is then added to the metadata for each image as the Academy sends them out to the media and through its own social channels.

Watson will also cross-reference outfits worn this year with looks from red carpets past, giving fans a connection to some of their favorite moments in the show's history, said John Kent, the program manager for IBM Worldwide Sponsorship Marketing.

The company's Watson Tone Analyzer API will also analyze the lyrics of nominated tunes and albums and group them into five categories: joy, fear, disgust, anger and sadness. As with the red carpet looks, these will be compared to past music from this year's nominees, Kent added.

IBM and the academy launched a website where fans can check out these features over the course of Sunday's red carpet show. The goal is to make watching the Grammys feel more interactive for viewers, said Noah Syken, vice president for sports and partnerships at IBM. By digging into past awards looks and getting a better understanding of the musicality of nominated songs, fans can have a better understanding of this year's nominees and where they fall in the Grammys' storied pop culture history. 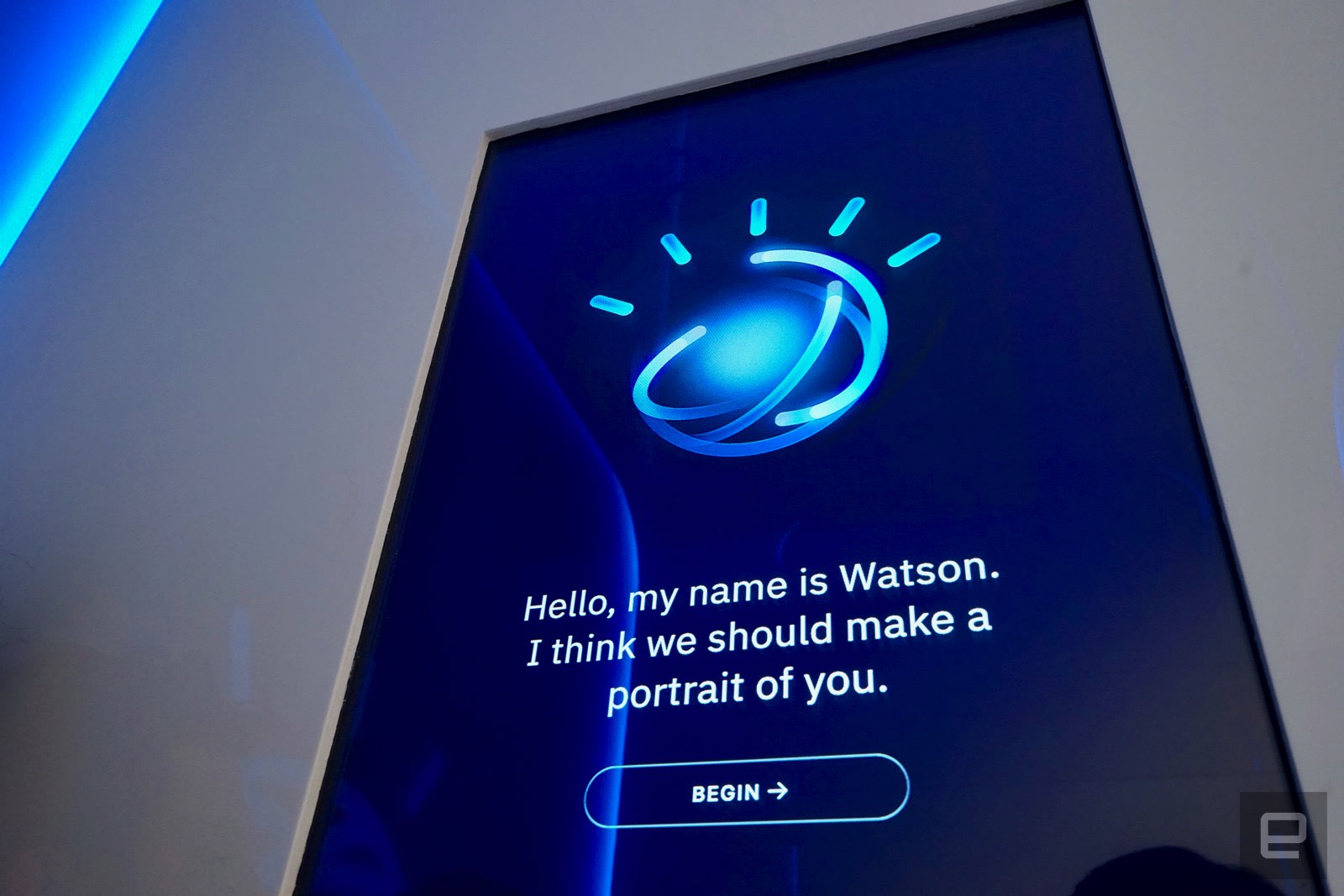 So what is the development process like for adapting Watson's capabilities to an event like this? For Kent, it involves an assessment of what Watson can and cannot do, and how it could be most useful to a client like the Recording Academy.

"We do an overview of what Watson is and what Watson isn't. What are the challenges? What is the audience? The big challenge with the red carpet is 'how can we help the Recording Academy deal with the hundreds of thousands of photos taken on the red carpet?'" Kent said. "So in developing programs, we always make sure we are checking efficiency boxes and checking fan-experience boxes and making those happen."

It essentially boils down to "getting the most value out of the data" being gathered, Syken added.

Kent said that just as with serving up real-time highlights for US Open fans, Watson's visit to the Grammys red carpet offers a template for how this kind of data analysis could be used for less-splashy projects.

While this time Watson is being used to contextualize viral pop culture moments, Kent stressed that the supercomputer's suite of programs can be applied to any number of businesses. In the past, Watson's ability to aggregate and interpret large swaths of data has been used to create innovative recipes and even diagnose a rare form of leukemia.

"It's important for Watson to help real businesses, and that's really what we are doing here," he said. "The Grammys happen to be a great cultural experience, but it all goes back to 'how is Watson going to drive new value for partners and clients? How will they be able to harness insights from all these photos, for instance, to create all these new experiences? To create meaningful experiences?'"

When Watson first won Jeopardy in 2011, the capabilities of artificial intelligence weren't obvious to much of the public. But after its time in the spotlight on a game show stage, suddenly what once felt like science fiction became accessible. Flash forward seven years and Syken said that partnerships like this one at the Grammys continue to underscore just how useful AI can be. We'll have to wait and see where Watson goes next.

All products recommended by Engadget are selected by our editorial team, independent of our parent company. Some of our stories include affiliate links. If you buy something through one of these links, we may earn an affiliate commission. All prices are correct at the time of publishing.
View All Comments
IBM is sending Watson to the Grammys