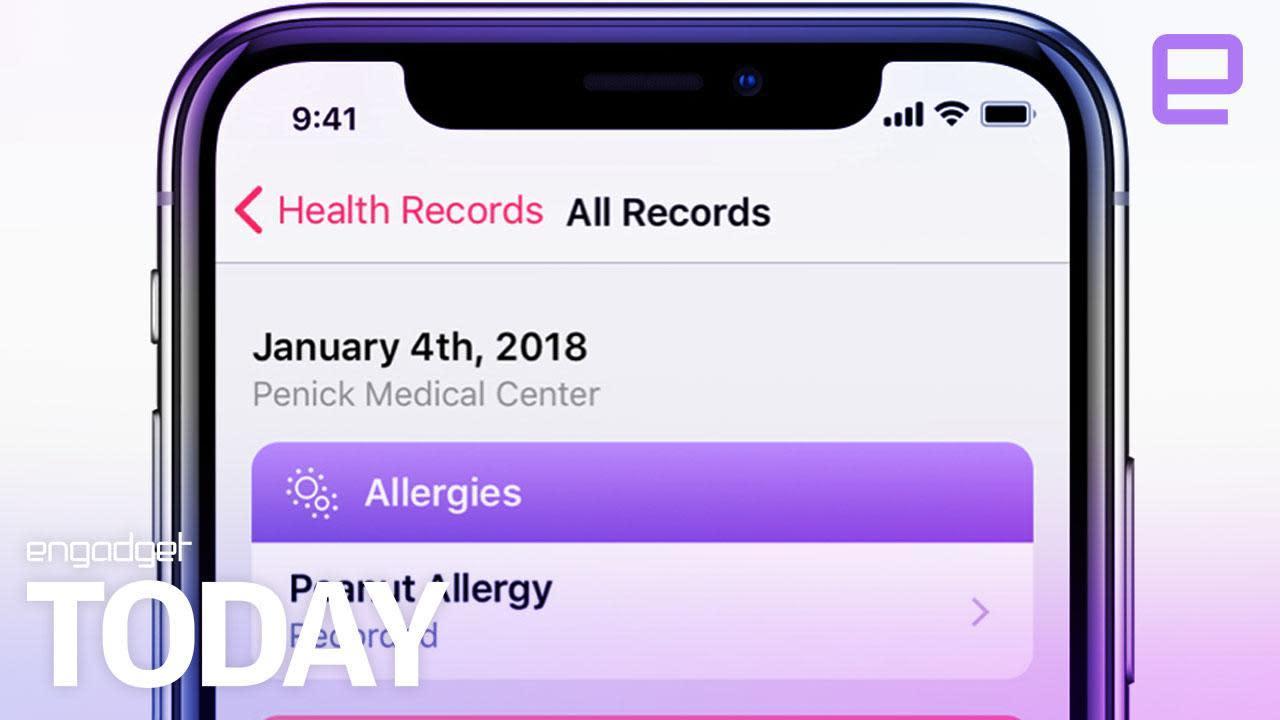 Apple is bringing iOS 11.3 to iPhones and iPads this spring, and today the company released a preview of what we can expect from the upgrade. The most notable improvements are the battery health indicator, upgrades to ARKit and the introduction of Health Records.

iPhone batteries have been a big subject of discussion lately, with the recent news that Apple has been throttling performance on older phones to balance aging battery life. Now, Apple is replacing batteries on some phones for a low fee. This latest update includes a feature that shows the health of your phone's battery, as well as if it needs to be serviced. What's more, users will be able to see if that power management feature is turned on, and toggle it off if they so choose.

Additionally, the company introduced improvements to ARKit, its AR SDK for developers. ARKit 1.5 will be able to recognize vertical surfaces such as walls and doors, as well as map objects that are irregular in shape, such as a circular or oval table. The experience will also be clearer, as the real-world view now has 50 percent sharper resolution.

Apple also announced Health Records, which allows users to bring all their medical records together within one app. Rather than logging into every single provider separately, Health Records will work with your existing doctors and hospitals to put all your health information into one place. It's currently available to patients of 12 medical institutions, but more will follow, and all data will be encrypted to ensure privacy. iOS 11.3 has four new Animoji, including a bear, a dragon, a skull and a lion; this brings the total number of Animoji up to 16. Business Chat will also launch within the Messages app as an 11.3 beta feature. This will allow users to communicate directly with businesses such as Hilton, Lowe's, Discover and Wells Fargo. If you have an Apple developer account, the iOS 11.3 preview is available today; the free public beta preview will follow. The upgrade will be available widely this spring, for the iPhone 5s and later, all iPad Airs and iPad Pros, the iPad fifth generation, iPad Mini 2 and later and the sixth generation of the iPod Touch.

In this article: apple, arkit, battery, gear, healthrecords, ios11.3, mobile
All products recommended by Engadget are selected by our editorial team, independent of our parent company. Some of our stories include affiliate links. If you buy something through one of these links, we may earn an affiliate commission.