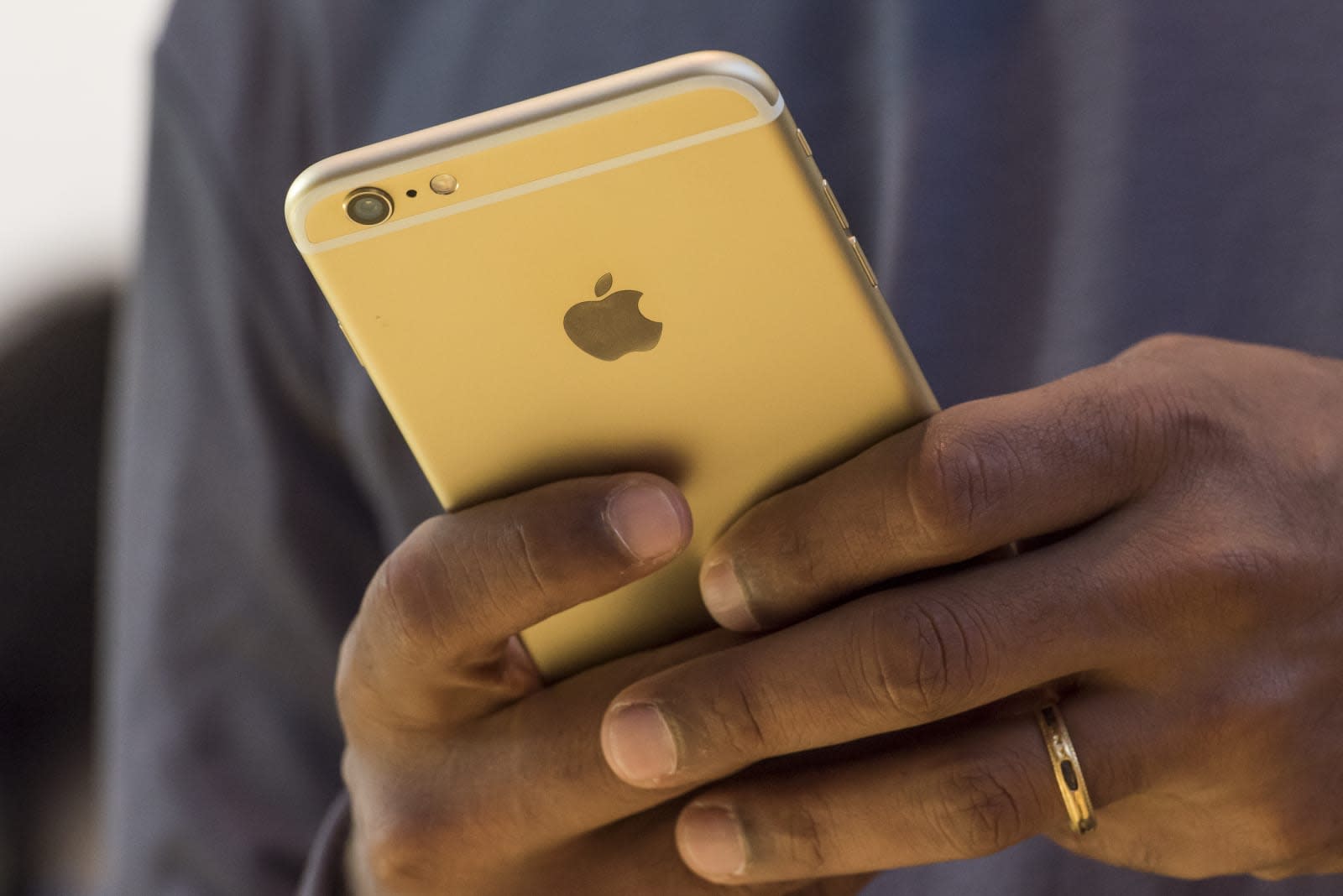 Apple was only poised to offer discounted iPhone battery replacements in late January, but they're already here. The company has issued a statement announcing that the $29/£25 replacements are available today (December 30th) in the US, UK and elsewhere for affected users with an iPhone 6 or later, whether or not they have an active AppleCare warranty. It didn't explain the move beyond saying that it "expected to need more time to be ready," but it was "happy" to provide the lower prices "right away." It warned that there might be initial shortages of batteries for some models.

As before, the discount should last through the end of 2018.

The $50 price slash is part of Apple's public apology for failing to disclose that it slows processor speeds on iPhones with severely degraded batteries. The company claimed that it slows the phones down to prevent unexpected shutdowns and extend longevity, but the lack of transparency led to accusations that it was trying to push customers toward earlier upgrades -- there's even the possibility of criminal charges in France. An iOS update in early 2018 will offer transparency on battery health, but that might not satisfy users wondering whether or not the slowdowns are needed in the first place. While battery degradation certainly isn't unique to Apple (it's the nature of lithium-ion technology), other vendors have said they don't slow their devices.

In this article: apple, battery, gear, iphone, iphone6, iphone6plus, iphone6s, iphone6splus, mobile, smartphone
All products recommended by Engadget are selected by our editorial team, independent of our parent company. Some of our stories include affiliate links. If you buy something through one of these links, we may earn an affiliate commission.