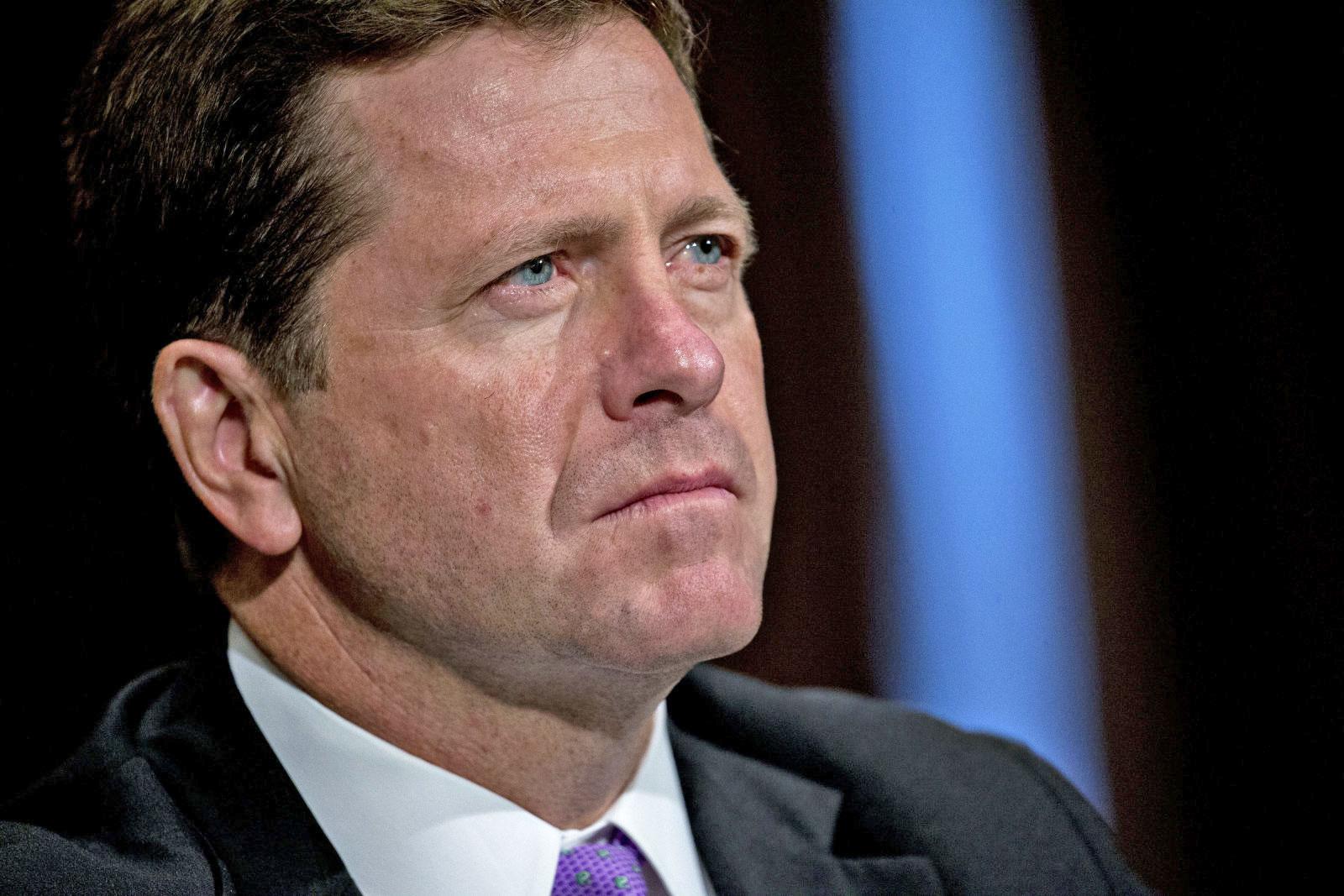 The Securities and Exchange Commission has had it with companies throwing around words like crypto and blockchain in order to bump up their stock prices. There have been quite a few instances of that lately and the SEC says it will be looking more closely at public companies that suddenly shift their interests to cryptocurrencies or blockchain technology.

During a speech given earlier this week at the Securities Regulation Institute, SEC Chair Jay Clayton said, "I doubt anyone in this audience thinks it would be acceptable for a public company with no meaningful track record in pursuing the commercialization of distributed ledger or blockchain technology to (1) start to dabble in blockchain activities, (2) change its name to something like "Blockchain-R-Us," and (3) immediately offer securities, without providing adequate disclosure to Main Street investors about those changes and the risks involved." He added, "The SEC is looking closely at the disclosures of public companies that shift their business models to capitalize on the perceived promise of distributed ledger technology and whether the disclosures comply with the securities laws, particularly in the case of an offering."

Among the companies with a sudden interest in the crypto field is Kodak, which announced an initial coin offering earlier this month and attached its name to a bitcoin-mining business. Another company, Long Island Iced Tea, changed its name to Long Blockchain Corp. and announced it would begin mining bitcoin. Its stock had a nice surge before the company later said that it couldn't guarantee its mining future and pulled its common stock offer. Other examples include a company called LongFin Corp. that purchased a supposed cryptocurrency microlender and saw a 2,600 percent rise in its stock prices, an e-cigarette company that changed its name from Vapetek Inc. to Nodechain, a biotech company called Bioptix Inc. that changed its name to Riot Blockchain and began investing in cryptocurrency and blockchain, a tea company called Ping Shan Tea Group Limited that renamed itself as Blockchain Group Co Ltd. and a gaming company called Veltyco Group that only had to mention that it was interested in blockchain and cryptocurrency in order to see a jump in its stock price.

The SEC has begun to put a bigger focus on cryptocurrency. It formed a Cyber Unit last year that's focused on online financial crimes and has already brought fraud charges against some individuals, as has the US Commodity Futures Trading Commission. In an op-ed published in the Wall Street Journal, Clayton and CFTC Chair Christopher Giancarlo said, "The SEC is devoting a significant portion of its resources to the ICO market. Through statements, reports and enforcement actions the SEC has made it clear that federal securities laws apply regardless of whether the offered security -- a purposefully broad and flexible term -- is labeled a "coin" or "utility token" rather than a stock, bond or investment contract. Market participants, including lawyers, trading venues and financial services firms, should be aware that we are disturbed by many examples of form being elevated over substance, with form-based arguments depriving investors of mandatory protections."

In this article: bitcoin, blockchain, business, CommodityFuturesTradingCommission, Cryptocurrency, cyberunit, gear, initialcoinoffering, kodak, sec, SecuritiesAndExchangeCommission, services, stock
All products recommended by Engadget are selected by our editorial team, independent of our parent company. Some of our stories include affiliate links. If you buy something through one of these links, we may earn an affiliate commission.