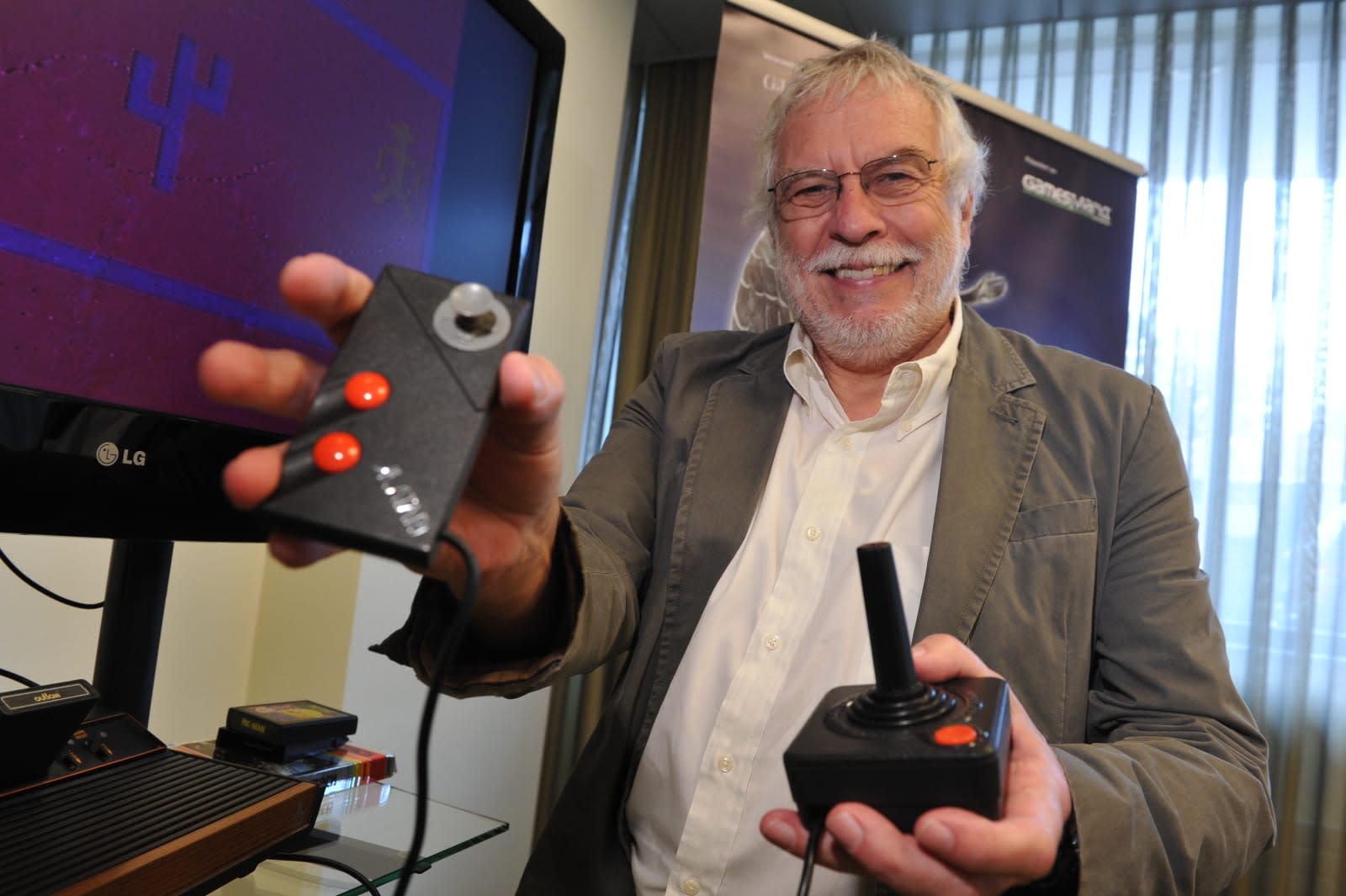 Yesterday, organizers for the upcoming Game Developers Conference announced the lineup for the 18th Annual Game Developers Choice Awards, and topping that list were honors for a trio of men who helped build gaming as we know it: Vlambeer co-founder Rami Ismail (Ambassador Award), Double Fine founder Tim Schafer (Lifetime Achievement), and Atari founder Nolan Bushnell (Pioneer Award). But an outcry followed for the latter, and the hashtag #NotNolan surfaced anecdotes of sexual misconduct and harassment that Bushnell had encouraged in Atari's offices during its heydey in the 70s -- stories that he'd actually given in interviews. A day later, GDC officially retracted its award to Bushnell.

Unlike E3's pure games showcase, GDC is more of an event by and for the industry, where devs gather to teach each other and celebrate accomplishments. The decision to award Bushnell seemed in especially poor taste after the #MeToo movement, developers and academics wrote on Twitter.

1/ GDC is choosing to honor Atari founder Nolan Bushnell this year, something I find wildly inappropriate with the #metoo movement.

Here are some facts about the sexual harassment Mr. Bushnell commited at Atari in the 80s.

As game developer and Congressional candidate Brianna Wu noted in her last tweet, "Bushnell is an important figure. But this isn't the year to honor him." GDC should give the award to women who helped build the games industry but were pushed out by men like Bushnell, tweeted game designer Elizabeth Sampat.

Bushnell earned his place in gaming history for founding Atari (and later, the company that would become Chuck E. Cheese's). But books and profiles written in years and decades past have shown a pattern of sexual objectifying and harassment in Atari's workplace. In the wake of last year's reckoning of sexual harassment claims for celebrities and businessmen, this reframes Bushnell's contribution as helping propagate a boy's club norm that the gaming industry still hasn't shaken off.

Assistant professor at Worcester Polytechnic Institute Gillain Smith tweeted a sentiment shared by many lamenting that the #MeToo movement hadn't reached gaming: "While other industries are distancing themselves from the abusive and sexist behaviors of powerful men, GDC is giving a pioneer award to one of them."

At least GDC's organizing company UBM has responded swiftly to public response, but it still reveals a gap of cluelessness for those who chose Bushnell despite -- or in ignorance of -- his publicly-available past.

More important: Is the legacy we are honoring one we want to value? For GDC to pick someone with a professional legacy so steeped in sexism without even checking into that is depressing and infuriating and incredibly telling. They didn't know because they didn't check. The end.

Bushnell responded with a statement on Twitter applauding GDC for 'ensuring that their institution reflects what is right, specifically with regards to how people should be treated in the workplace.' He ended with a general apology to anyone he or his employees offended or caused pain.

A statement from me pic.twitter.com/OfsrgaCmgW

In this article: atari, av, GameDevelopersConference, gaming, gdc, gdc2018, NolanBushnell
All products recommended by Engadget are selected by our editorial team, independent of our parent company. Some of our stories include affiliate links. If you buy something through one of these links, we may earn an affiliate commission.
Share
Tweet
Share