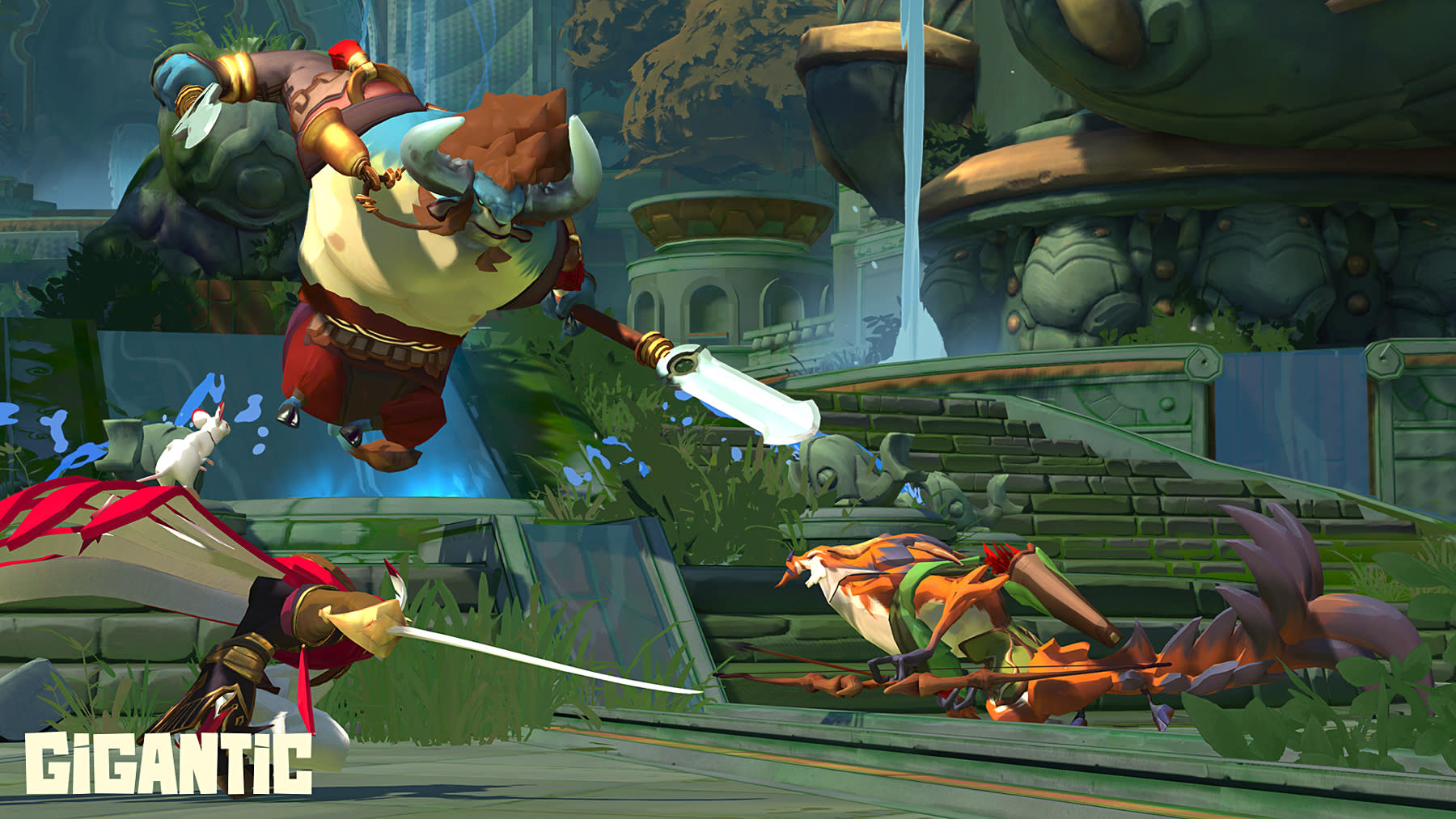 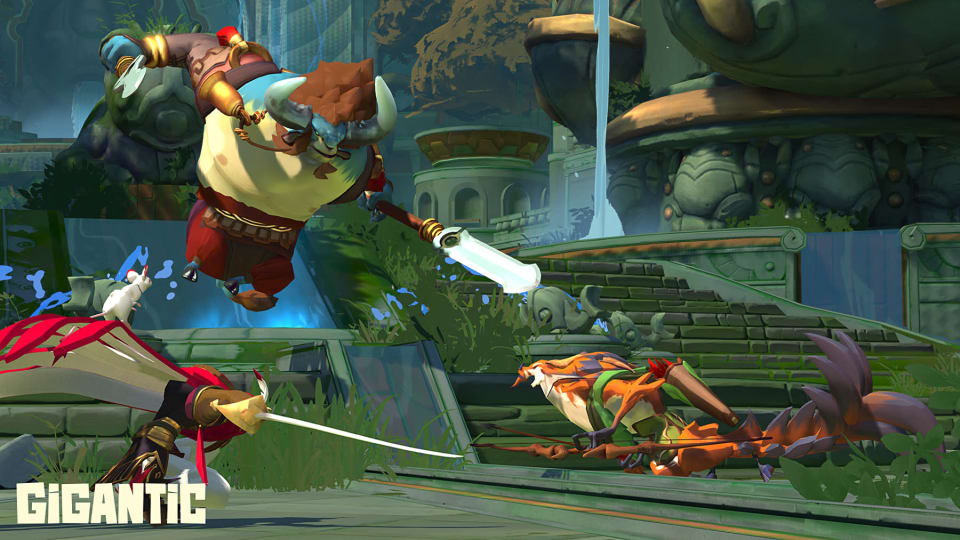 Gigantic's long and troubled development cycle is finally over. The colorful, hero-based MOBA will be shut down on July 31st, developer Motiga announced in a blog post yesterday. Ultimately, the game "did not resonate" with as many players as the studio had hoped, limiting the viability of future updates and support. As a result, the January Update — which contains new hero T-Mat, various skins and computer-controlled bloomer creatures — will be "the final content update." Microtransactions have been switched off, making all heroes free to unlock, and store items will be heavily discounted for anyone who has leftover cash to spend.

Gigantic was unveiled in 2014 as an alternative to League of Legends, Dota 2 and Smite. Heroes of the Storm wasn't around back then and the glut of hero-based arena shooters, including Overwatch, Lawbreakers and Battleborn, didn't exist either. Gigantic, then, was still an intriguing proposition. Two teams of five fight across a large map on behalf of a large guardian who occasionally jumps into the fray. Killing opposition heroes, summoning helpful creatures and capturing control points earn "power" for your guardian that eventually triggers a devastating attack. Inflict three wounds on the enemy guardian and your team is pronounced the victor.

Gigantic's window of opportunity soon closed, however. In December 2015, Motiga confirmed it had laid off 16 members of staff and delayed the game into 2016. Almost a year later, an open beta was released for Xbox One and Windows 10. By this point, of course, Overwatch was out and many other third-person MOBAs, such as Paragon and Paladins, were available or in active development. Gigantic finally arrived on July 20th, 2017 for Windows 10, Steam and Xbox One. It had favourable reviews — the game has a 76 rating on Metacritic — but failed to find a massive audience.

Gigantic follows Paragon into the MOBA graveyard. Both had some fresh ideas -- I personally liked Gigantic's cheery art style -- but couldn't reach the scale required for a competitive, free-to-play brawler to thrive. "Over the last several months, the teams at Motiga and Perfect World looked into viable options to sustain Gigantic," a blog post reads. "However, the current state of the game has restricted options for further progress and relevant content updates, and delivering basic features while also fixing long-standing issues was more complicated than expected." The market, it would seem, just isn't big enough to sustain more than three major MOBAs.

In this article: art, eSports, gaming, Gigantic, MOBA, Motiga, PerfectWorld
All products recommended by Engadget are selected by our editorial team, independent of our parent company. Some of our stories include affiliate links. If you buy something through one of these links, we may earn an affiliate commission.