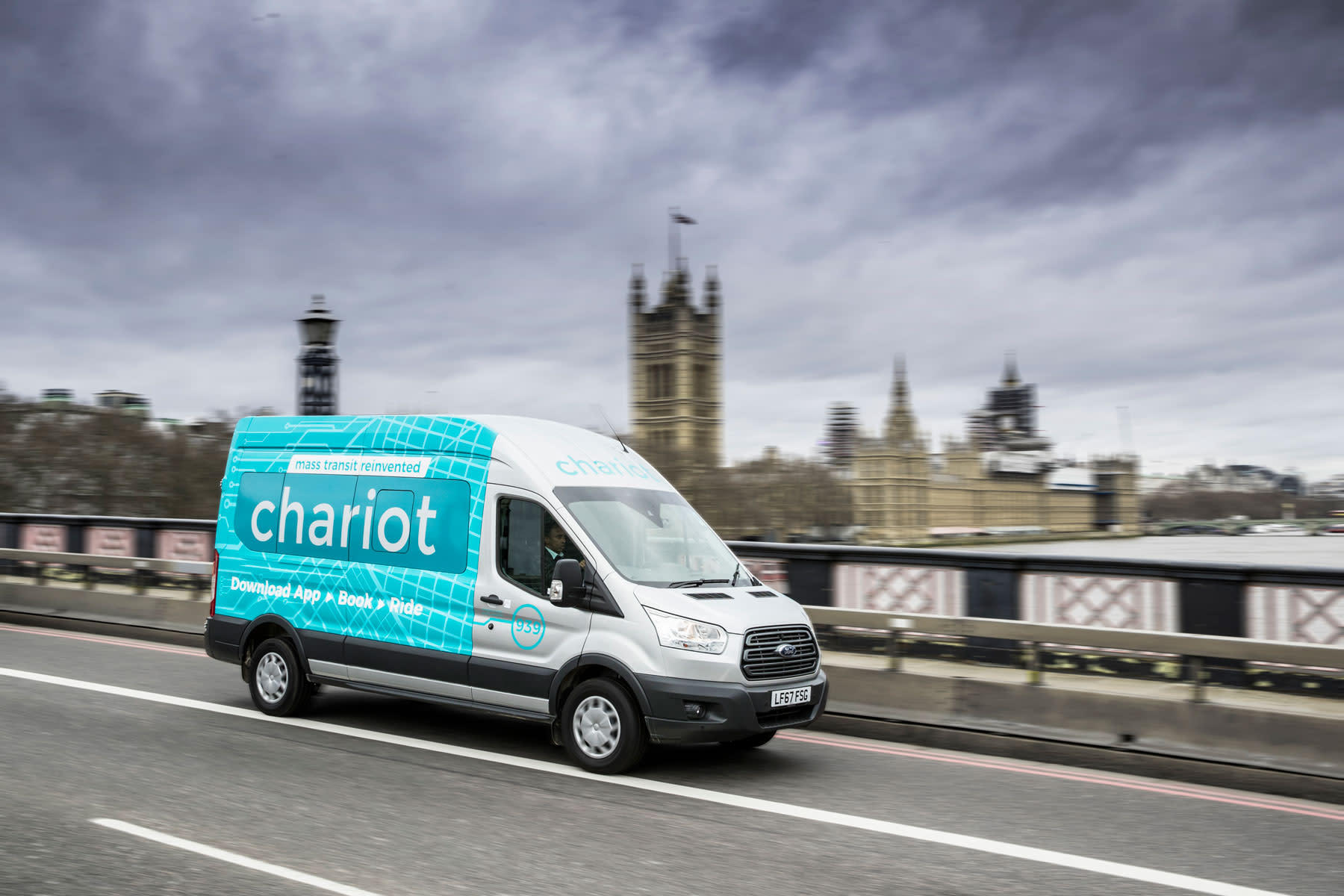 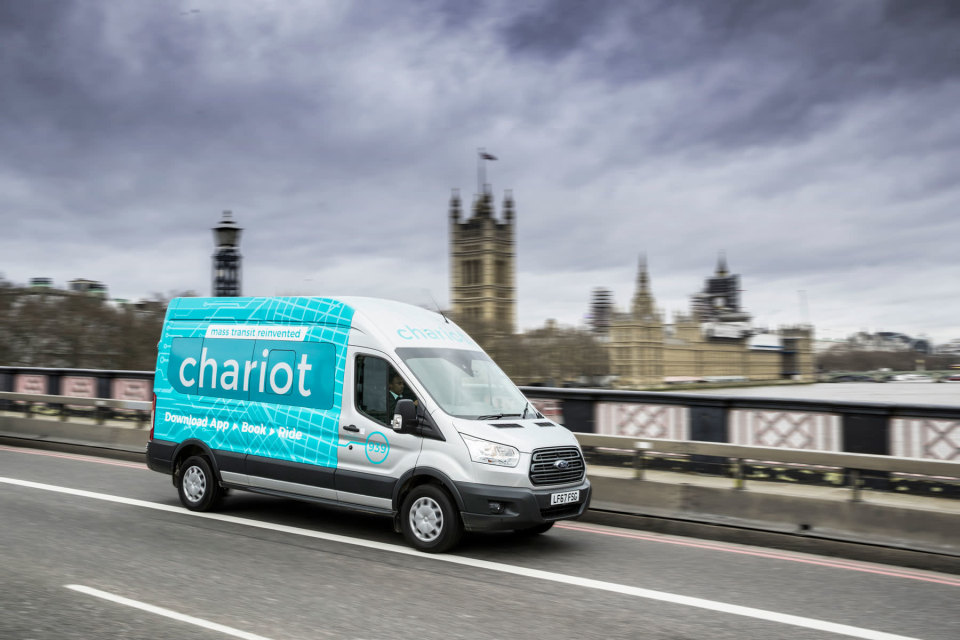 Chariot is Ford's attempt to launch its own quasi-public transport system with a fleet of minibuses designed to serve flush commuters. The service has seen some success in the US, and operates routes in San Francisco, Austin, Seattle, Columbus and New York. That's enough to convince Ford to take the service worldwide, with the first European routes launching in London.

14 specially-branded Transit buses, capable of seating 15 passengers at a time, will run four services across South London. South London, famously, is far less well served by the city's underground rail network than the folks on the other side of the river. Often, users are crammed into mainline trains to get around, or have to travel some distance before they can join the rail network at all.

Ford believes that it can overcome the annoyance of having to walk or cycle to your nearest station with Chariot. Users can pre-book a seat on a bus, which come with WiFi, air conditioning and, best of all, the ability to use London's bus lanes. The company is hoping that this mixture of speed, efficiency and convenience will be enough to woo flush commuters looking to speed up their ride.

In what can only be a sharp elbow in the ribs of other on-demand services that run in the city, Ford also boasts that its drivers are professionals. In fact, Chariot pilots are full employees of the service, and have passed a background check, so riders can rest a little easier on their trip.

The four routes that Ford is running include a route between Battersea Park and Nine Elms that'll run to the nearby tube stations at Vauxhall and Kennington. The second will connect users in Wandsworth to Clapham Junction, while the third closes the distance between Belvedere and Nuxley to Abbey Wood. Rounding out the quartet is a line between Greenwich and North Greenwich station, helping folks connect to Canary Wharf.

London's heady mix of bus, rail and subway infrastructure means that much of city is pretty well served, albeit nowhere near as capaciously. But there are some notable gaps in the service that startups have sought to exploit, and Ford is not the first big name to try. By mining its own data, transit app Citymapper found a gap in the existing service that it now fills with its CM2 bus route.

As a taster, Ford is launching the service for free for the next two weeks, assuming you use the voucher HELLOLDN. After February 14th, the service will cost £2.40 ($3.41) per ride, but you can buy a season ticket that brings that cost down to £1.60 ($2.27) per trip.

In this article: Bus, Chariot, Ford, gear, London, Ridesharing, TheyInventedABus, Transit, transportation
All products recommended by Engadget are selected by our editorial team, independent of our parent company. Some of our stories include affiliate links. If you buy something through one of these links, we may earn an affiliate commission.