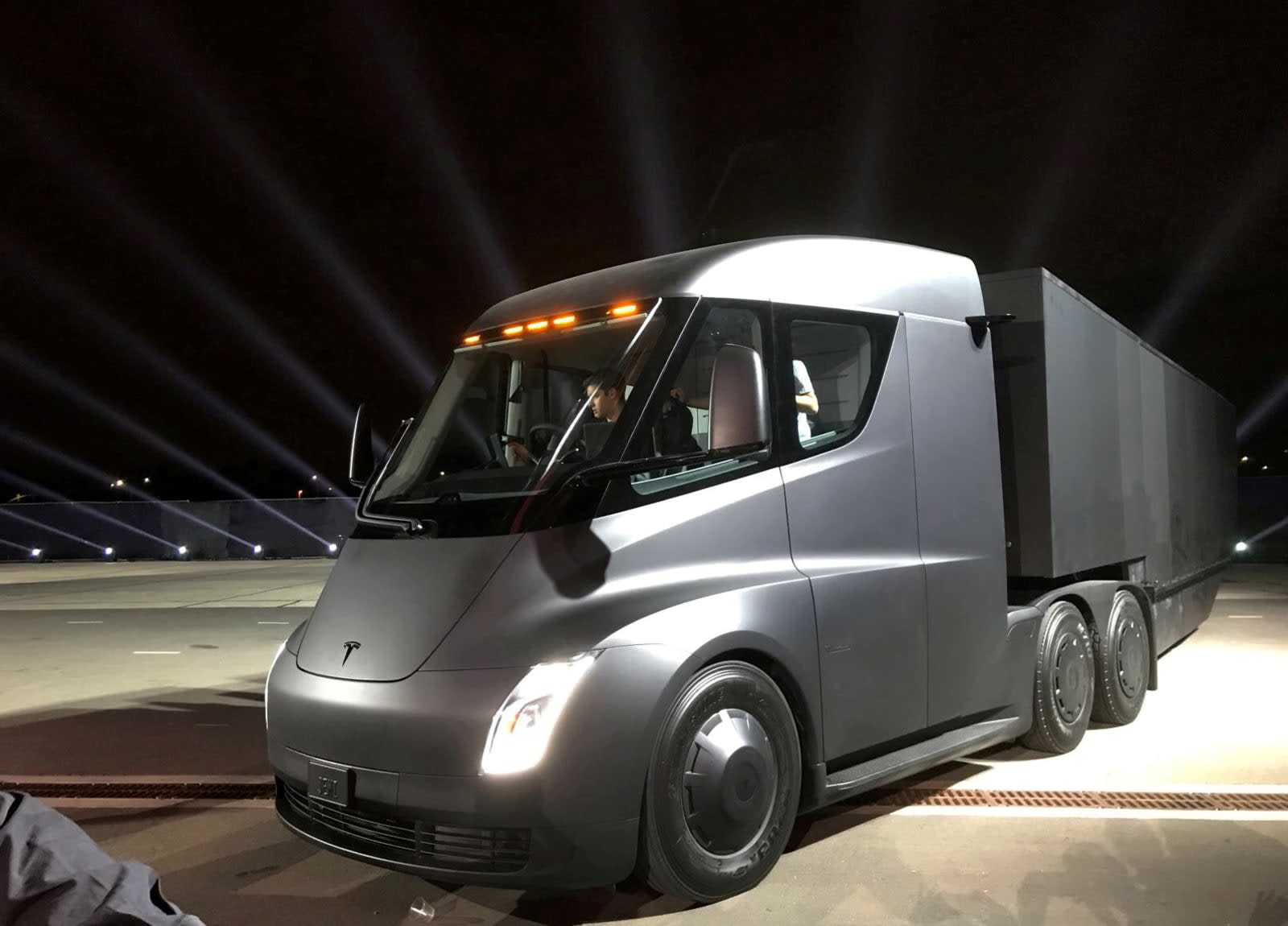 Customers have been lining up to order some of Tesla's electric big rigs since the Semi debuted in November, but there is one big question: where will they get charged? According to Reuters, at first the rollout will rely on customers like Pepsi and UPS to build on-site "megachargers" and trucks will be restricted to going back and forth on routes that keep them near home base. Representatives for the companies confirmed they're working with Tesla to build in-house charging locations, however, the plan for a Supercharger-like network that could juice up trucks on the road is a bit fuzzier.

In this article: bigrig, charging, electricvehicle, ev, gear, pepsi, semi, tesla, transportation, truck, ups
All products recommended by Engadget are selected by our editorial team, independent of our parent company. Some of our stories include affiliate links. If you buy something through one of these links, we may earn an affiliate commission.