'The Cloverfield Paradox' would be doomed without Netflix

A surprise release was its best shot.

The Cloverfield Paradox would have been a theatrical failure. It's exactly the sort of B-grade sci-fi critics tend to eviscerate. So how do you generate hype for a movie that's practically doomed? If you're Netflix, you unveil a trailer during the Super Bowl with an unprecedented announcement: you'll be able to watch the film right after the game ends. No warning, no early reviews. It's the sort of "holy shit" moment you could only pull off if you're a global entertainment powerhouse. You could think of it as Netflix flexing its marketing muscles and mocking its competitors, "Do you even stream, bro?"

Just like with Bright, Netflix's awful but wildly successful Will Smith film, it doesn't matter if The Cloverfield Paradox, directed by Julius Onah, is any good. It's a vehicle for hype -- just take a look at how the internet reacted to its surprise availability last night (yes, I was a part of that too). While there were other high-profile trailer premiers during the Super Bowl -- notably a glimpse at Solo and Mission Impossible: Fallout -- only Netflix could immediately turn that hype into viewers. Disney will have to keep people's attention for months to make them see Solo. That's power.

It helps that the Cloverfield franchise has a certain amount of clout among genre fans, as well as a history of surprising audiences. The original 2008 film was produced in secret by J.J. Abrams' Bad Robot, unveiled to the world as an untitled teaser and relied on viral marketing to generate buzz. (To put things in perspective, that campaign made heavy use of MySpace and text messaging.) Some media watchers speculated that it could be a Lost tie-in, or a sequel to Godzilla. A large part of the film's early appeal is that we simply didn't know what it was. 2016's 10 Cloverfield Lane, meanwhile, was announced just two months before its release and also relied heavily on viral marketing (and a wide-eyed John Goodman). 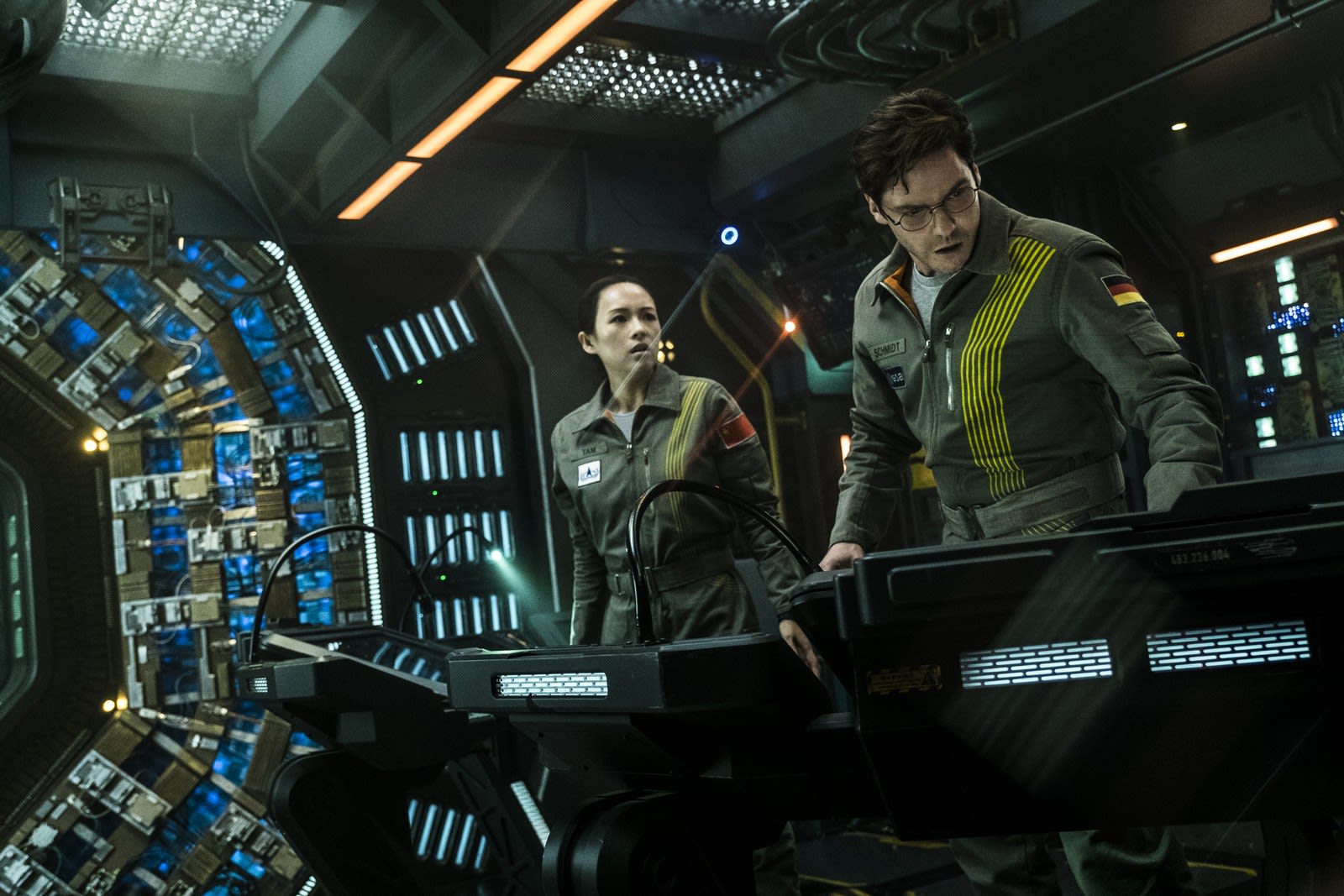 While the Cloverfield movies aren't directly related (though the trailer for the Netflix film implies a strong connection to the original), they don't need a meticulous shared universe, a la the Marvel films, to have some marketing power. At the very least, we know a Cloverfield story is going to be some sort of exercise in science fiction. They're almost like feature-length Twilight Zone episodes with much better special effects. Genre fans are going to lap up every entry in the series, but Netflix also knows that the name is enough to intrigue mainstream viewers just looking for something to watch.

In many ways, this surprise release is the best outcome possible for The Cloverfield Paradox. I found it to be an entertaining film, with a great cast and some genuinely inventive set pieces. But it's also the sort of film that wouldn't have had much legs in theaters.

Last year's Life only brought in $30 million on a $58 million dollar budget, while Passengers earned slightly over $100 million after costing $110 million. Both of those films also featured major film stars, like Chris Pratt, Jennifer Lawrence and Jake Gyllenhaal. The most recognizable name in The Cloverfield Paradox is Zhang Ziyi, who isn't exactly a huge box office draw in the US. Rather than letting it languish in cinemas, Paramount and Bad Robot were able to make the film "immediately profitable" with the Netflix deal, according to Deadline. Given that the movie's estimated budget was around $45 million, the streaming giant likely had to shell out well above that to secure distribution.

By launching the film as a surprise, the studios were also able to avoid an onslaught of negative reviews from critics. The Cloverfield Paradox currently has a disastrous 16 percent score on Rotten Tomatoes. (In comparison, 10 Cloverfield Lane was beloved by critics with a 90 percent score, and the original film had a solid 77 percent.) Of course, general audiences weren't really swayed by Bright's critical bashing (27 percent on Rotten Tomatoes), but Netflix probably grabbed a few extra watchers who might have been dissuaded by reviews.

A take like this, from Indiewire's David Ehrlich, isn't exactly pull-quote material: "It's worth remembering that the Cloverfield movies were only able to successfully disrupt conventional distribution methods because they're good. The best thing you can say about this one is that it's free with your Netflix subscription." 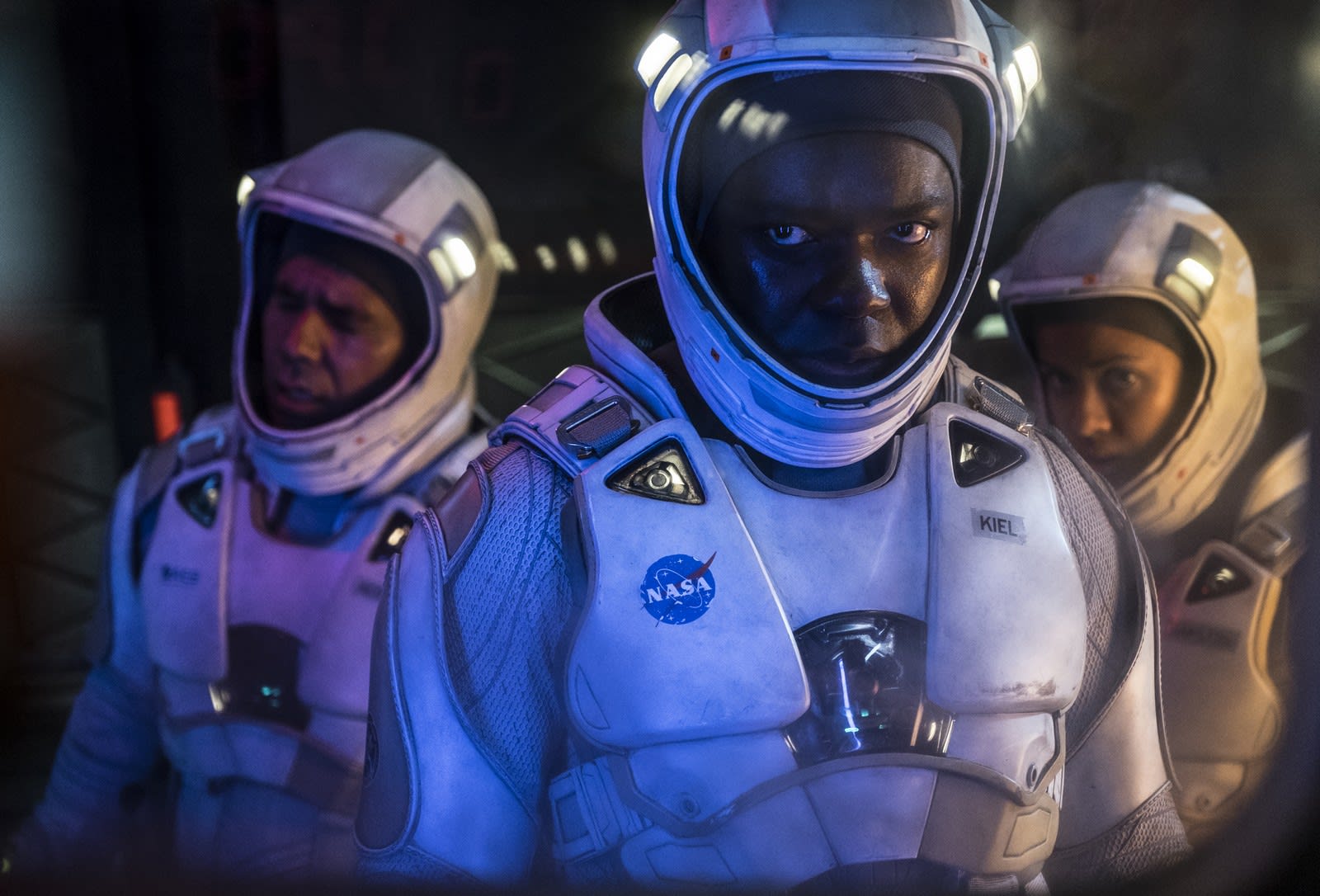 If anything, The Cloverfield Paradox shows just how much clout Netflix has today. If Amazon or Hulu announced they would be debuting a film like this right after the Super Bowl, would they have generated as much hype? Not likely. Netflix, with its more than 110 million subscribers, showed that it was able to do the impossible: It saved a doomed film from oblivion.