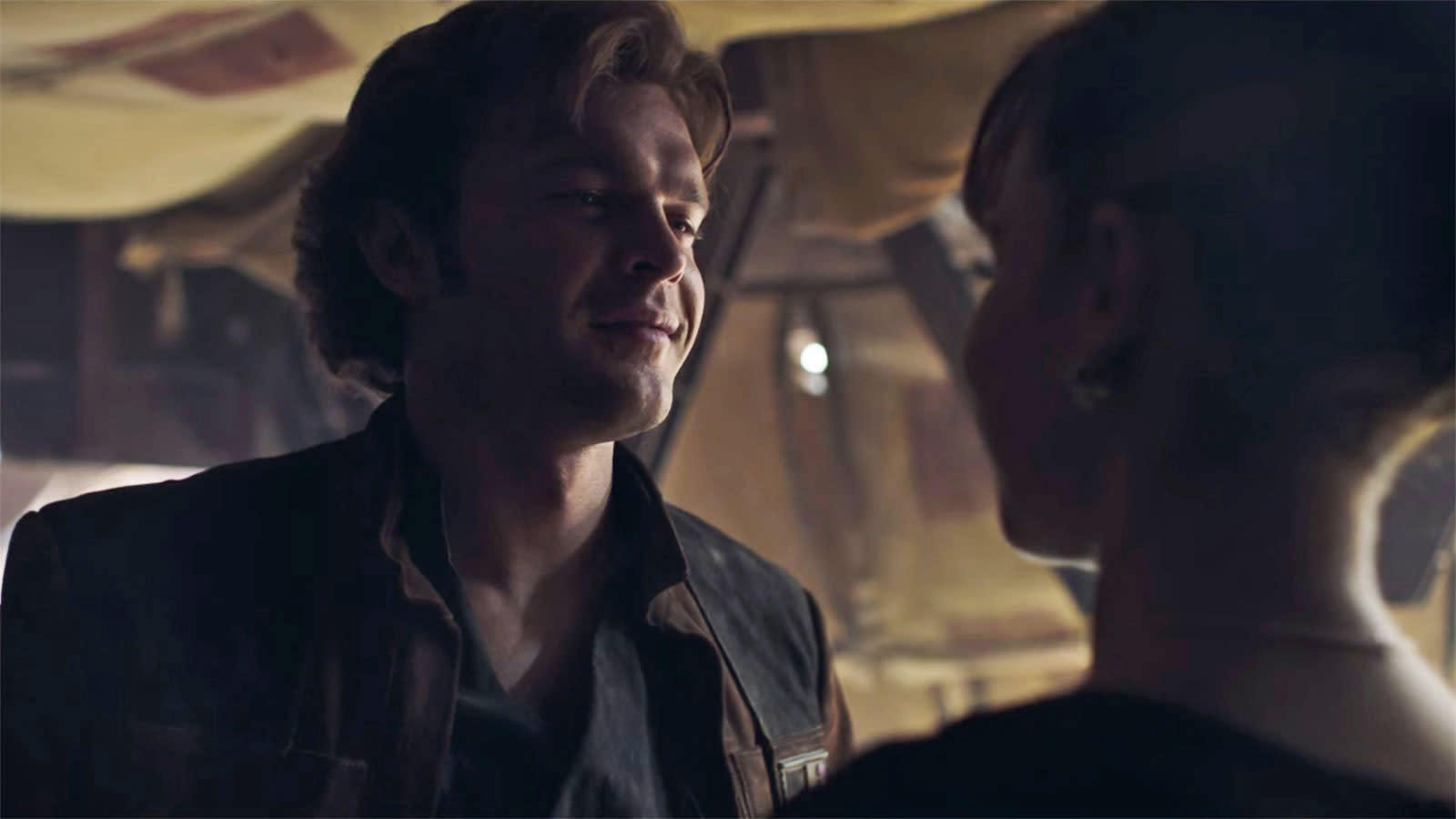 Wondering how Lucasfilm and Disney would handle that long-in-the-making Han Solo movie? You now have an idea of what to expect. They've released the full teaser trailer for Solo: A Star Wars Story... and it's definitely Han. Alden Ehrenreich may not sound that much like Harrison Ford, but the clip otherwise gives a good feel for how the iconic smuggler got started -- yes, he was always an overconfident troublemaker saved by his talent, luck and good intentions.

The teaser also offers peeks at Game of Thrones' Emilia Clarke as Qi'Ra, who "knows" what Han really is, as well as Woody Harrelson (Tobias Beckett) recruiting Han for a fateful crew. Naturally, you get a good look at Star Wars mainstays like Lando (played by Donald Glover) and Chewie.

Solo premieres on May 25th. Will it succeed? It's hard to say. Like Rogue One, this movie isn't obliged to conform to the style of the core Star Wars saga. It's likewise filling in backstory for a character that many fans consider sacrosanct (see: "Han shot first"). It has Empire Strikes Back's Lawrence Kasdan as a writer and Ron Howard as director, however, so the storytelling talent is there. It's mainly a matter of execution.

In this article: av, disney, entertainment, lucasfilm, movie, movies, solo, soloastarwarsstory, starwars, trailer, video
All products recommended by Engadget are selected by our editorial team, independent of our parent company. Some of our stories include affiliate links. If you buy something through one of these links, we may earn an affiliate commission.