Intel unveils smart glasses that you might want to wear

A low-powered laser beams images into your eye.

Intel has launched an impressively light, regular-looking set of smart glasses called Vaunt, confirming rumors from Bloomberg and others. Seen by The Verge, they have plastic frames and weigh under 50 grams, a bit more than regular eyeglasses but much less than Google Glass, for example. The electronics are crammed into the stems and control a very low-powered, class one laser that shines a red, monochrome 400 x 150 pixel image into your eye. Critically, the glasses contain no camera, eliminating the "big brother" vibe from Glass and other smart glasses.

Vaunt is mainly aimed at giving you relatively simple heads-up notifications. Intel says that the glasses are more stealthy than a smartwatch, allowing you to check notifications while doing other activities. In one demo, it showed that you could see a person's birthday and other pertinent personal info while you're chatting with them on the phone. The motion sensors can also detect whether you're in the kitchen, for instance, and give you recipes or a shopping list.

You might be worried about having a laser beamed into your eyeball, but "it is so low-power that it's at the very bottom end of a class one laser," Intel New Devices Group's Mark Eastwood told the Verge. On top of that, the display isn't even visible unless you look at it, making it unobtrusive for wearers. As it's beamed onto the back of your retina, it's always in focus, regardless of whether you have prescription or non-prescription lenses. 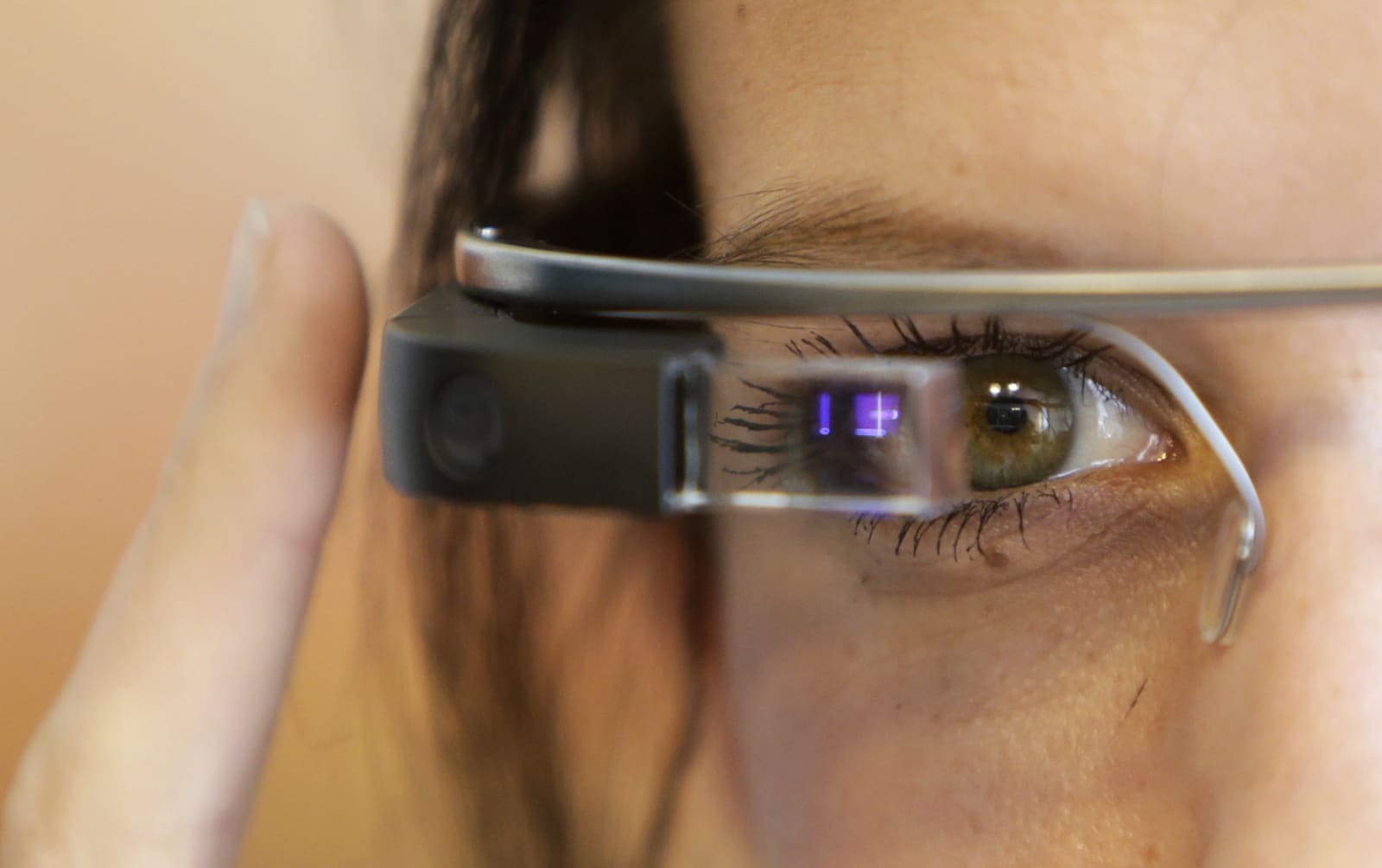 Other feature include Bluetooth to link with your smartphone, a processor for apps, a compass and accelerometer so that Vaunt can tell which way you're looking and where you are. Future models may contain a microphone that works with voice assistants like Alexa or Siri.

When it comes to giving commands, Intel wants Vaunt to have "no social cost," in terms of making you do something distracting during a conversation. Rather, you might be able to control it using head nods or other, more subtle gestures.

Intel hasn't commented on rumors that it might sell off part or all of Vaunt once it develops the product. However, it has said that it's not likely to take the product to market itself, but instead rely on OEMs, much like it does with PCs and other hardware.

As for apps, Intel emphasized that Vaunt will be a wide open platform. It's getting set to launch an early access program and SDK so that developers can discover for themselves what they can do with it. Programs will generally run from your mobile device, but some apps or specific features might be powered by the glasses themselves.

It's clear that the product is still in the early development stages and could go in a lot of different directions. And bear in mind that Intel has tried a lot of experiments lately, especially in wearables, that didn't go anywhere. Still, the concept of stealthy, hands-free notifications from a product that many folks already wear does have merit, so it'll be interesting to see where it goes.