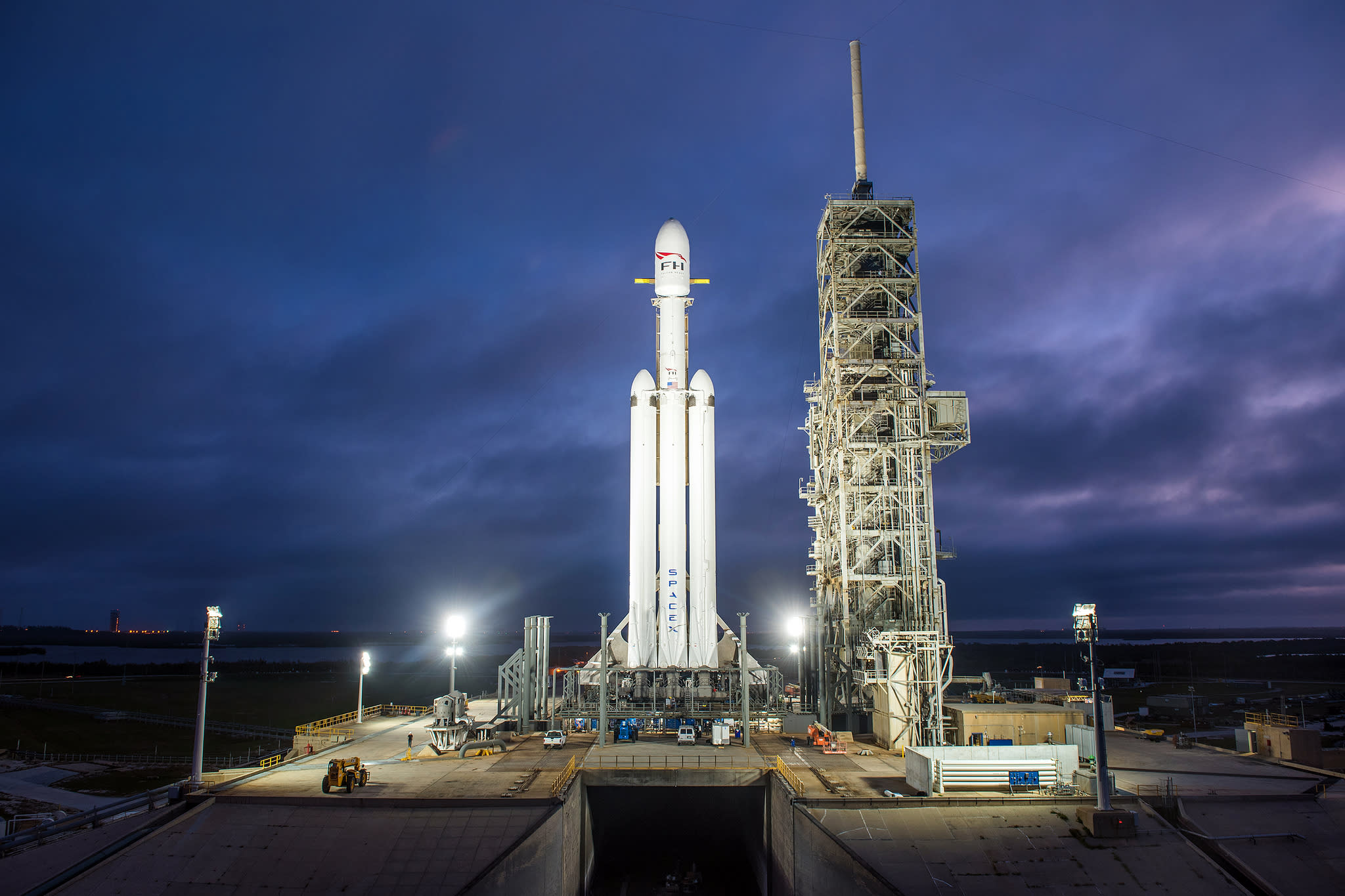 Today, SpaceX will attempt to launch the Falcon Heavy rocket for the first time. The launch window is between 1:30 PM ET and 4:00 PM ET. If you'd like to watch the launch (and trust me, you definitely want to), then you can livestream it below. The stream will go live about 15–20 minutes before the launch window opens. Because this is a demo flight of a new rocket, though, delays can and should be expected.

The payload for the rocket's demo launch will be a red Tesla roadster, complete with a SpaceX spacesuit in the front seat. Because this is a test launch, there is no official payload; two more Falcon Heavy launches are scheduled for later this year. SpaceX will try to land all of the Falcon Heavy's boosters; the two flanking boosters will attempt a landing near the launch pad, while the middle booster will head for a drone ship. Whether SpaceX encounters success or failure, tomorrow's launch should be a thing to behold.

Update: It appears that SpaceX is now targeting 2 PM ET for the launch.

Update: It's now delayed to 2:20 PM ET. Sources say this is due to upper level winds.

Update: While you're waiting, check out this cool infographic about the Falcon Heavy's trajectory:

In this article: falconheavy, space, spacex, tomorrow
All products recommended by Engadget are selected by our editorial team, independent of our parent company. Some of our stories include affiliate links. If you buy something through one of these links, we may earn an affiliate commission.