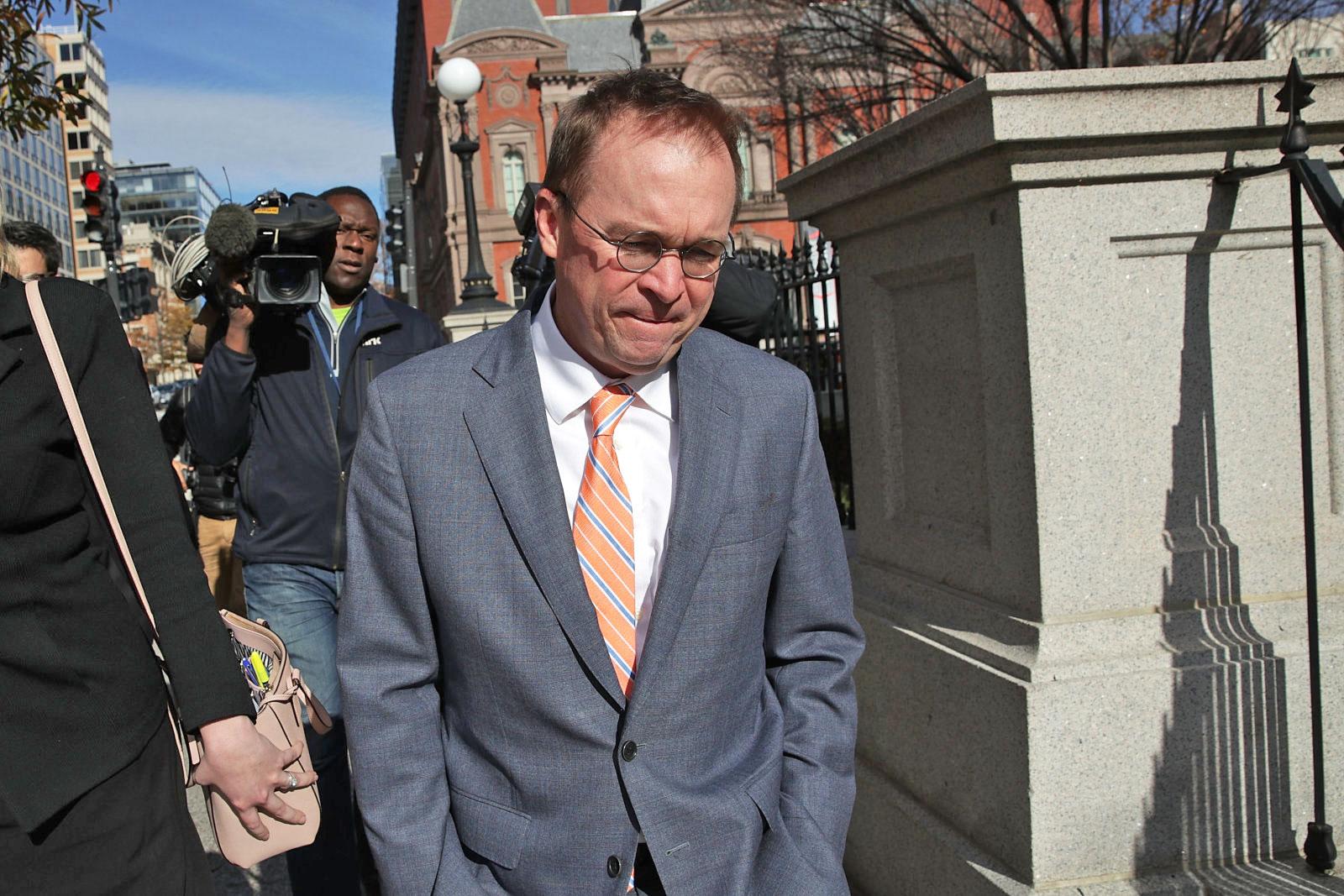 Earlier this week, a Reuters report suggested that the Consumer Financial Protection Bureau (CFPB) had halted its investigation into last year's massive Equifax data breach. Reuters sources said that even basic steps expected in such a probe hadn't been taken and efforts had stalled since Mick Mulvaney (pictured above) took over as head of the CFPB late last year. Now, 31 Democratic senators and one Independent have written a letter to Mulvaney asking if that is indeed the case and if so, why.

Reuters sources said that Mulvaney has neither ordered subpoenas against Equifax nor collected any sworn testimony from company executives. Additionally, reviews of how Equifax protects its data and on-site cybersecurity exams of other credit bureaus -- which the Federal Reserve, Federal Deposit Insurance Corp and Office of the Comptroller of the Currency all offered to assist with -- have been put on hold. The bank regulators who had offered to help were reportedly told that there were no exams planned and their assistance wouldn't be needed.

In their letter, the senators expressed their concern over these reports and reiterated the duty the CFPB has to not only investigate the breach but to bring action against Equifax if deemed necessary. "Consumer reporting agencies and the data they collect play a central role in consumers' access to credit and the fair and competitive pricing of that credit," they wrote. "Therefore, the CFPB has a duty to supervise consumer reporting agencies, investigate how this breach has or will harm consumers and bring enforcement actions as necessary." They specifically ask Mulvaney and Deputy Director Leandra English whether the probe has been halted and if so, why and under whose direction. They also ask about any plans for on-site exams of Equifax and other bureaus, what steps they've taken in the investigation so far and whether they're coordinating with the FTC and its Equifax probe.

The senators have requested a response by February 19th.

In this article: breach, ConsumerFinancialProtectionBureau, cybersecurity, equifax, federaldepositinsurancecorp, FederalReserve, ftc, gear, investigation, mickmulvaney, officeofthecomptrollerofthecurrency, politics, security, senators, services
All products recommended by Engadget are selected by our editorial team, independent of our parent company. Some of our stories include affiliate links. If you buy something through one of these links, we may earn an affiliate commission.