Robots had their own skiing competition at the Winter Olympics

The Olympics aren't just an event for the most talented athletes to strut their stuff on the world's stage. No, The Games are where robots can find honest work and leisure, too. Some 85 robots (spread across 11 different models, humanoid and otherwise) have been serving drinks, cleaning floors, swimming around fish tanks, guiding lost visitors at the airport and even skiing according to regional publication Korea JoongAng Daily. "We applied three yardsticks in choosing the robots to use at The Games -- how stable, new and useful they are going to be," Park Hyun-Sub, of the Korea Advanced Institute of Science and Technology said.

The robot skiing competition was held yesterday at an event adjacent to the Olympic village. According to The Guardian, each bot had to meet a strict set of criteria to compete. Specifically, they had to be over 50cm tall, have independent power systems, be able to stand on two legs and have bendable knees and elbows. Oh, they need to use skis and poles, obviously. 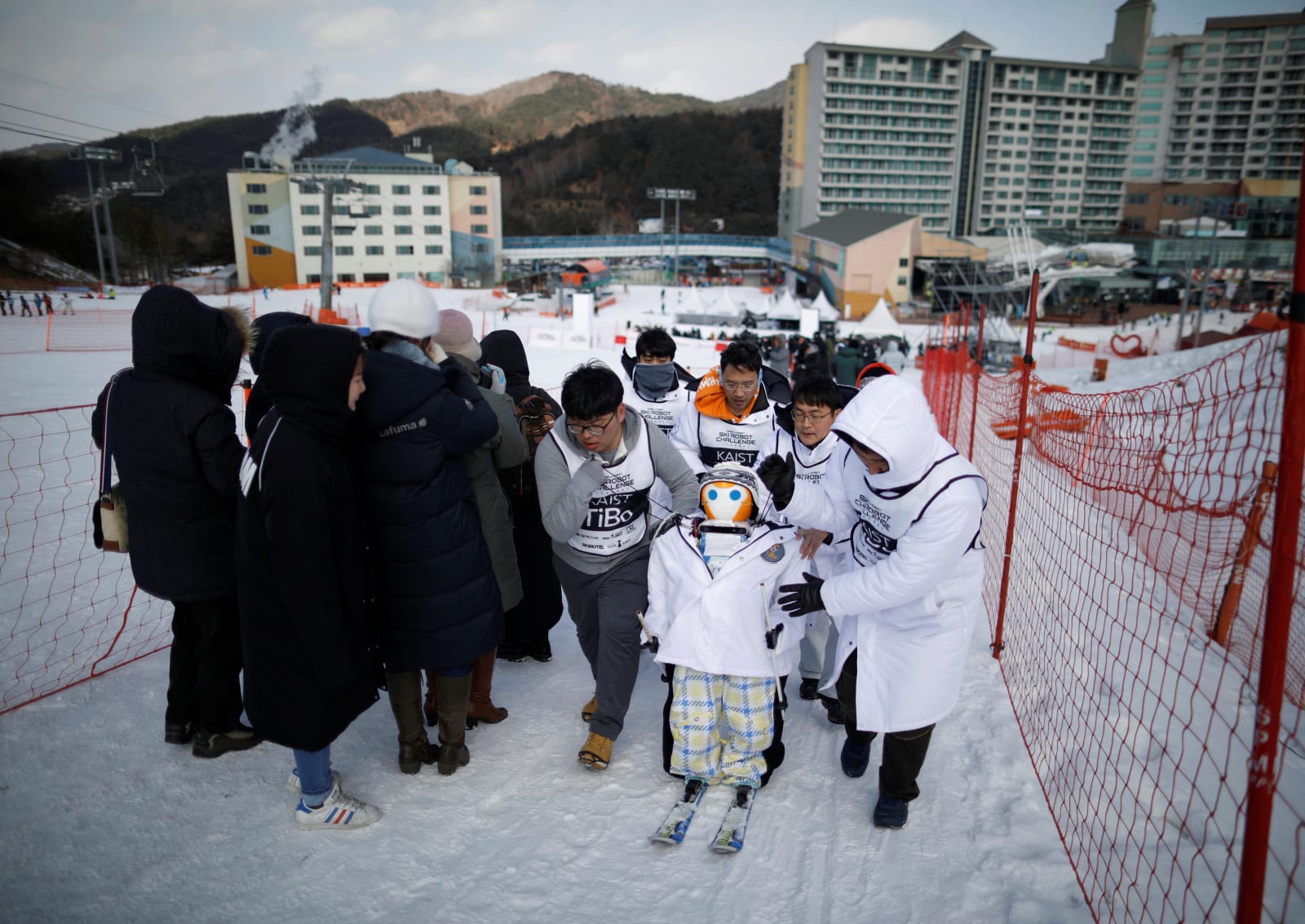 "Sensors enabled the robots to detect the position of flags on the course, which they had to steer themselves through," the publication writes. "Points were awarded for the number of flagpoles avoided, and the fastest time to the finish line. Not that all of the robots reached it." Sounds familiar.

For a glimpse at the action, check out the video below. Couldn't make it to South Korea this year to see this in action for yourself? Japan says it's going to double down on robots when it hosts the Olympics in 2020.