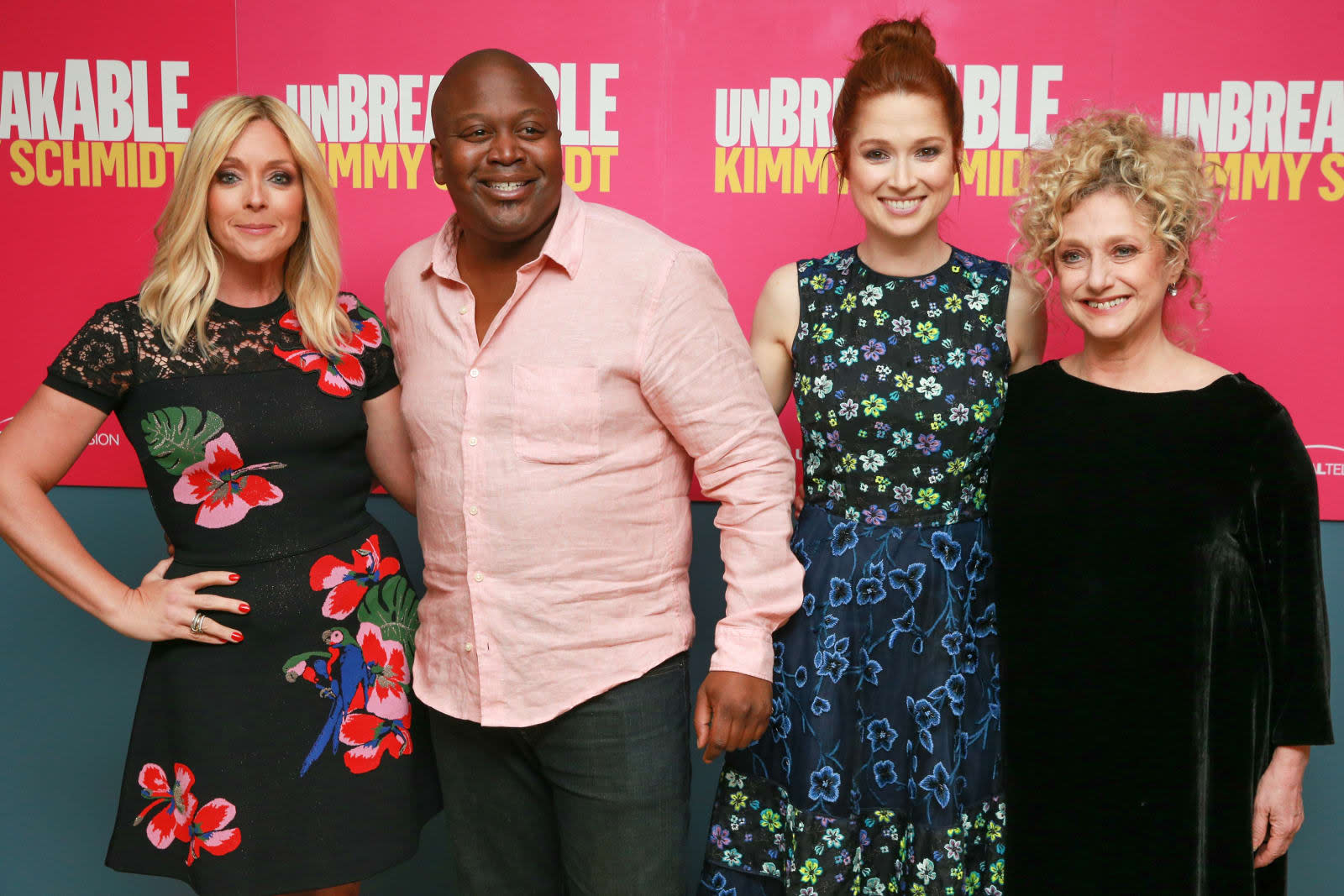 The fourth season of Netflix's Unbreakable Kimmy Schmidt has a premiere date, or at least the first half of it does. The show is taking a different route than it has before, releasing the first six episodes ahead of the rest of the season, and the first half will be available to stream starting May 30th. Jane Krakowski, who plays Jacqueline on the show, told the Today show, "We're going to shoot them and get them out as quickly as possible so we don't have to make our fans and audiences wait so long." Season three debuted in May last year.

Unbreakable Kimmy Schmidt was created by Tina Fey and Robert Carlock and its first three seasons have been consistently nominated for Emmy awards. The show itself has been nominated for Outstanding Comedy Series every year while main cast members like Tituss Burgess, Jane Krakowski and Ellie Kemper have garnered Emmy nods as have guest actors Tina Fey and Jon Hamm.

There's no date set yet for the second half of the season. Netflix says it will debut later in 2018.

In this article: av, entertainment, internet, netflix, StreamingService, UnbreakableKimmySchmidt
All products recommended by Engadget are selected by our editorial team, independent of our parent company. Some of our stories include affiliate links. If you buy something through one of these links, we may earn an affiliate commission.