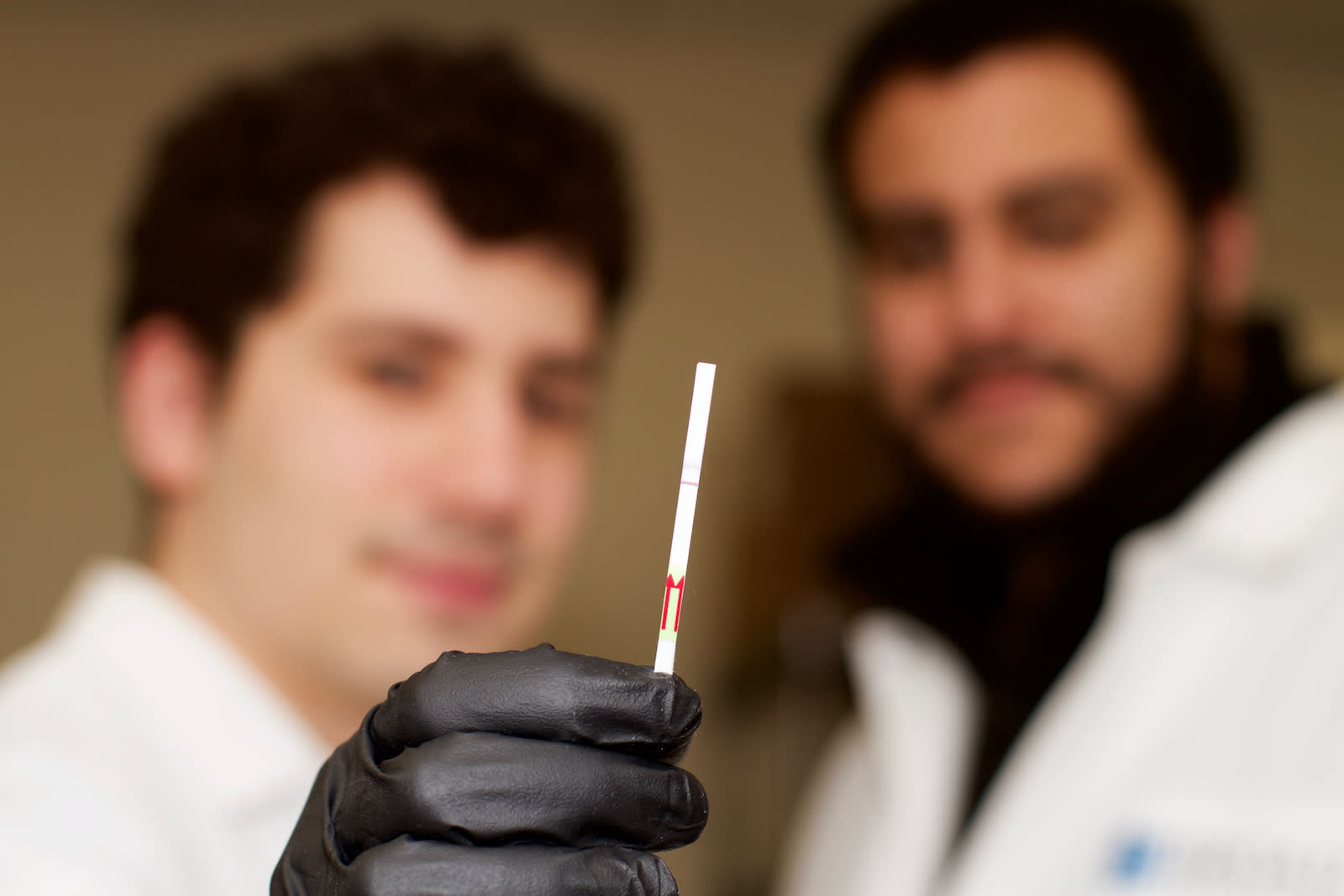 Science published three studies today that all demonstrate new uses for CRISPR. The gene editing technology is typically thought of for its potential use in treating diseases like HIV, ALS and Huntington's disease, but researchers are showing that applications of CRISPR don't stop there.

The first study comes from the lab of CRISPR pioneer Jennifer Doudna. Her team discovered that a CRISPR system different from the CRISPR-Cas9 one we're used to hearing about can not only snip away specific bits of double-stranded DNA, but can then also cut single-stranded DNA that's near it. After they uncovered this ability of CRISPR-Cas12a, they used it to detect two common types of HPV. Once their CRISPR-Cas12a system detected HPV DNA in infected cells, it cleaved a another piece of DNA that then released a fluorescent signal, providing a visual sign of the presence of HPV. The researchers dubbed the system DETECTR and The Verge reports that it takes around an hour to work and costs less than a dollar.

The lab of another CRISPR pioneer, Feng Zhang, has now improved on a previous system it developed last year. SHERLOCK, as it's called, can detect specific bits of DNA and RNA to determine whether viruses like Zika or dengue are present in a blood sample, identify mutations in tumor DNA and spot the presence of harmful bacteria. In their latest study, the research team describes SHERLOCK version 2.0, which is not only over three times as sensitive as the first version, but can also detect both Zika and dengue in the same sample. Their system uses several CRISPR enzymes, including Cas13 and Csm6, and can be loaded onto a paper strip, making it incredibly easy to use. You can see examples of the strips in the GIF below. Jonathan Gootenberg, one of the authors of the study, told The Verge, "The fact that we can put all these different enzymes into a single tube and have them not only play nice with each other, but also tell us information we couldn't get otherwise -- that is really spectacular and it speaks to a lot of the power of biochemistry."

Lastly, Harvard University's David Liu published a study showing that CRISPR can be used to track certain ongoings in a cell. Seeing what a cell has been exposed to in the past has been a rather hard thing to do, but CRISPR systems provide a way for researchers to do just that. Liu's team used CRISPR in two different ways to record when a cell was exposed to certain chemicals. In the first, CRISPR was used to snip bits of DNA called plasmids if it came in contact with a particular chemical, such as an antibiotic or a nutrient. By comparing the ratio of the plasmid types that were destroyed by CRISPR to other, similar plasmids that were left alone, the researchers were able to determine just how often the cells were exposed to those chemicals. Another version of the system changed individual letters, or bases, of DNA rather than snipping plasmids and the team was able to determine when cells were exposed to antibiotics, nutrients, viruses and light by examining those changes in the DNA bases.

While all three of these systems need further development before they can be used outside of the lab, they show that CRISPR has quite a lot of uses, beyond just treating disease. The technology is incredibly versatile and we're sure to see even more applications going forward.

In this article: CRISPR, CRISPR-Cas13, CRISPRCas9, gear, GeneEditing, medicine, research
All products recommended by Engadget are selected by our editorial team, independent of our parent company. Some of our stories include affiliate links. If you buy something through one of these links, we may earn an affiliate commission.